Quitting as regional governor, Saakashvili hits out at Ukraine's Poroshenko 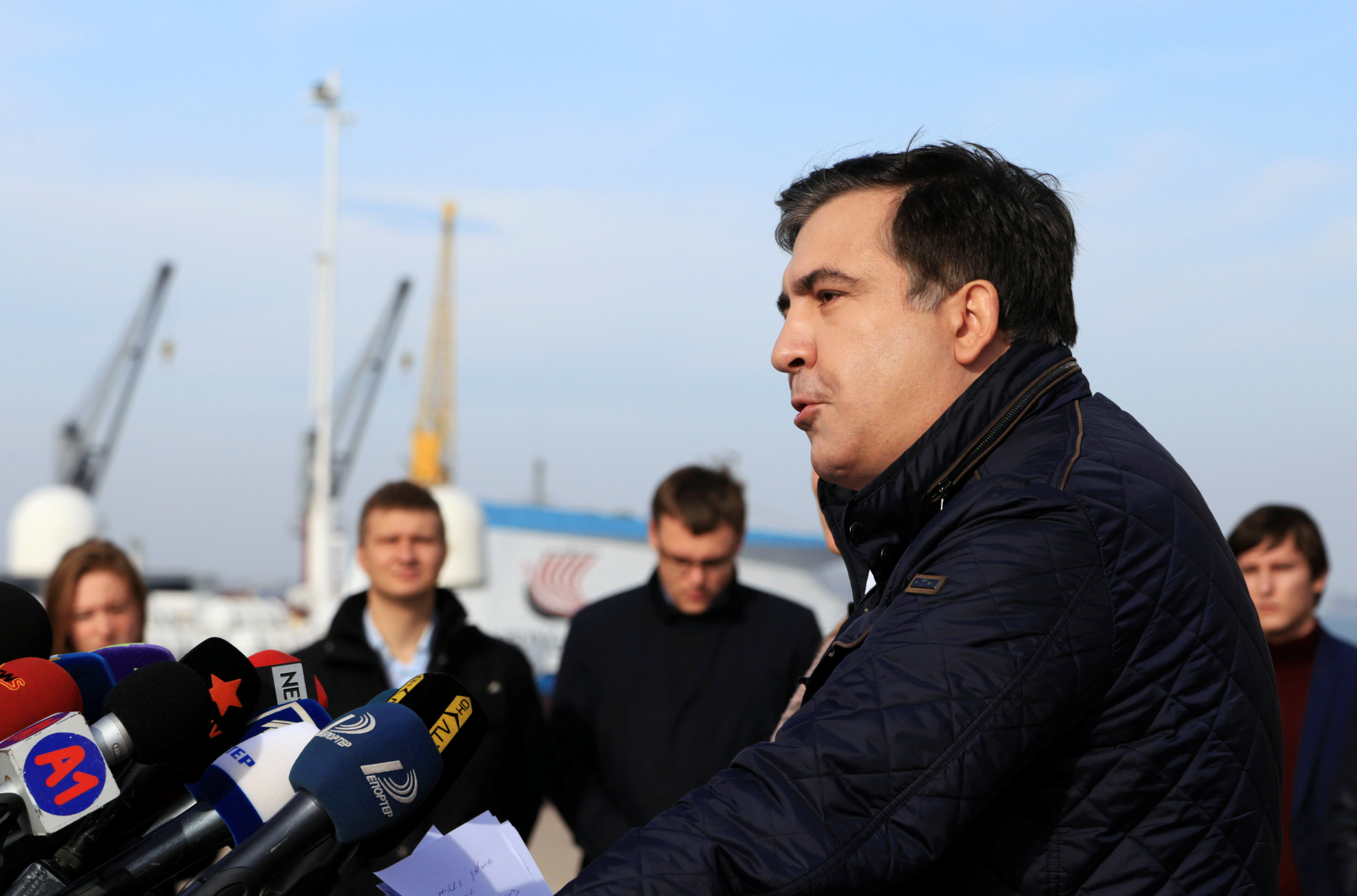 KIEV: Former Georgian President Mikheil Saakashvili tendered his resignation as governor of Ukraine's southern Odessa region on Monday, accusing President Petro Poroshenko of cynically obstructing his attempts at reform and supporting corrupt clans.
Saakashvili, who is widely credited with cracking down on graft when he led Georgia from 2004-2013, was appointed Odessa governor in May 2015 in a surprise move by Poroshenko.
Saakashvili has since repeatedly accused the Kiev leadership of lacking a real commitment to reform and his political allies said this had made him a target of political infighting.
"I can't stand this, I've had enough, I'm tired of this. And I want to say: nobody in my life has lied so much or so cynically to me," Saakashvili said, apparently in reference to Poroshenko and the central authorities.
Vowing to continue to fight corruption which he said went to the very top of Ukraine's establishment, he told journalists: "I have decided to tender my resignation and start a new stage of the fight. I am not giving up." In another rebuke of his erstwhile patron, he said: "In reality, in Odessa region, the President personally supports two clans."
Addressing journalists alongside Odessa customs chief Yulia Marushevska, he said the work of reform-minded public officials had been thwarted by higher authorities interested in preserving the status quo.
Fellow Georgian, Davit Sakvarelidze, who was fired from his post as a senior prosecutor for Ukraine in March, said Saakashvili's outspokenness had guaranteed his departure.
"All local clans are mixed together and work as one. It became impossible to act against them.
Saakashvili will not leave Ukraine and will be active politically. You'll find out about this soon," Sakvarelidze was quoted as saying by website Gordon. Saakashvili, a bitter opponent of Russia, was among several foreign politicians and technocrats to be given key posts by the pro-Western leadership in Kiev after the Moscow-backed president Viktor Yanukovich fled in the face of street protests.
They were brought in as part of a drive to eliminate entrenched corruption and rebuild on transparent lines a country riven by cronyism, bad economic management and separatist war in the east.
Since then, many have resigned or been dismissed. In February, Economy Minister Aivaras Abromavicius, a Lithuanian, stepped down saying vested interests were blocking his ministry's work.
Later, a government shake-up booted US-born Finance Minister Natalia Yaresko and Western-backed Prime Minister Arseny Yatseniuk out of office. The appointment of Poroshenko ally Volodymyr Groysman in his place was seen as a move by the president to consolidate power.
Pro-European lawmaker and activist Serhiy Leshchenko said Saakashvili's resignation illustrated an anti-reformist trend in the country.
"It is part of a broader development happening in Ukraine - an attack on anti-corruption fighters and people who back reforms," he said.
Others were less convinced of Saakashvili's reformist drive as Odessa governor.
"Saakashvili was seen as the guarantor of irreversible reforms. But instead he focused on PR, narcissism and his political career.
He was everywhere and everything, but not that much in Odessa," political analyst Volodymyr Tsybulko said.