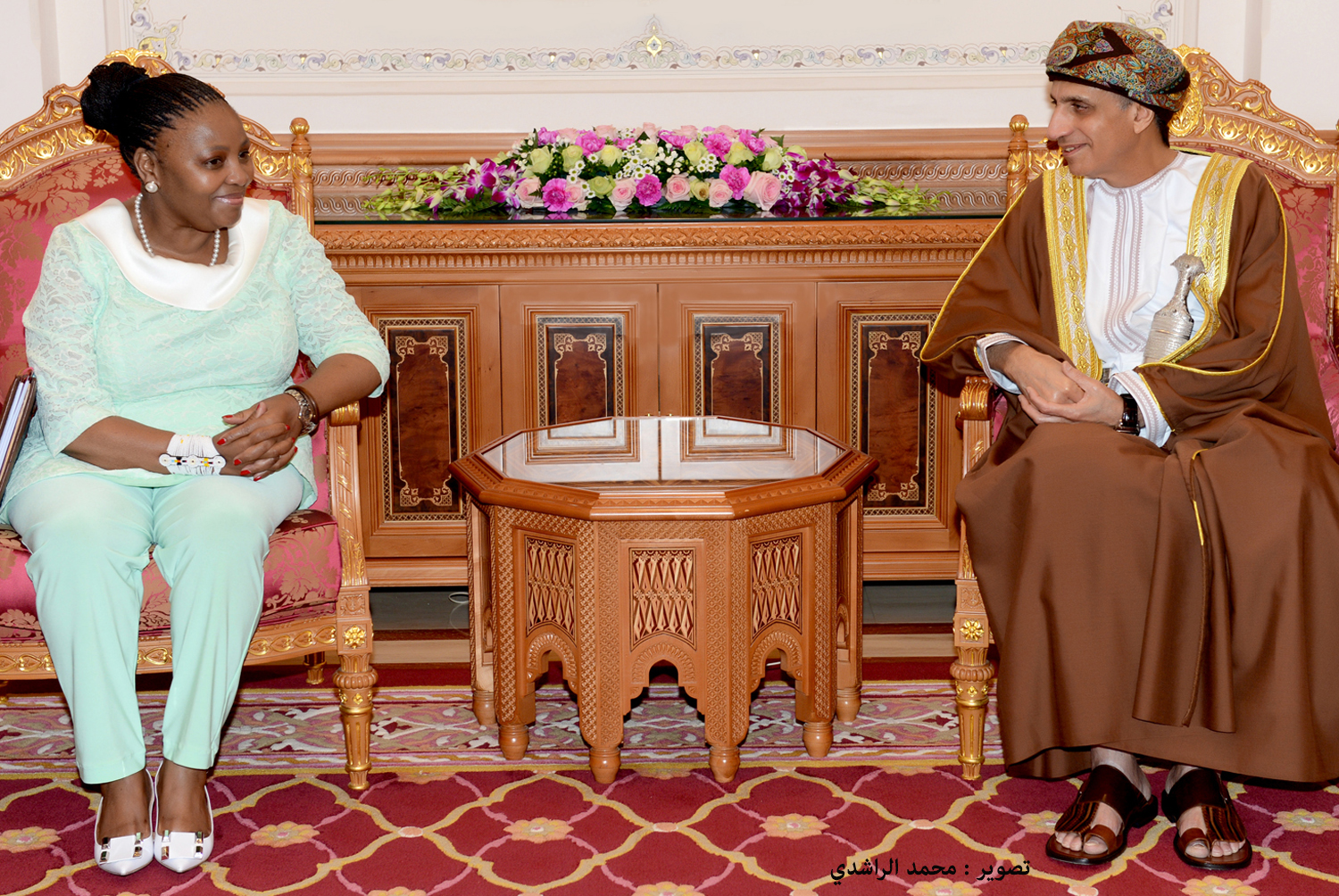 Muscat: His Highness Sayyid Fahd bin Mahmoud Al Said, Deputy Prime Minister for the Council of Ministers received yesterday Nosiviwe Noluthando Mapisa-Nqakula, Minister of Defence and Military Veterans in South Africa, who is currently on an official visit to the Sultanate.
During the meeting, the South African Minister conveyed greetings and best wishes of President Dr. Jacob Zuma of South Africa to His Majesty Sultan Qaboos bin Said, his government and the Omani people further progress and welfare.
Sayyid Fahd commended the existing relations between the two countries and the progress witnessed, stemming from the joint keenness of both the sides.
The South African minister of defence expressed her country’s appreciation to the wise policy pursued by the Sultanate under the leadership of His Majesty the Sultan in tackling regional and international developments.
She also expressed her pride and that of her accompanying delegation over this visit, and the opportunity it availed to closely view the progress made by Oman.
The meeting was attended by Sayyid Badr bin Saud bin Harib Al Busaidi, Minister Responsible for Defence Affairs and Lungile Chris Pepani, Ambassador of the Republic of South Africa to the Sultanate.
General Sultan bin Mohammed Al Nu’amani, Minister of the Royal Office received in his office Nosiviwe Noluthando Mapisa-Nqakula and her accompanying delegation.
The Minister Responsible for Defence Affairs gave an official reception to the South African guest upon her arrival at Mu’askar Bait Al Falaj.
Sayyid Al Busaidi welcomed the guest and her delegation, wishing them a successful visit in the Sultanate.
They reviewed the relations and aspects of the existing military cooperation between the two countries.
The two sides also stressed their keenness on enhancing cooperation to serve the interests of the two countries.
The session was attended from the Omani side by Lt.Gen Ahmed bin Harith Al Nabhani, Chief of Staff of the Sultan’s Armed Forces (SAF) and Maj.Gen Mattar bin Salim al-Balushi, Commander of the Royal Army of Oman (RAO) whilst it was attended from the South African side by Lungile Chris Pepani, Ambassador of the Republic of South Africa to the Sultanate and the delegation accompanying the guest.
The South African minister and her accompanying delegation visited the Sultan’s Armed Forces (SAF) Museum.
Brigadier Saud bin Khalifa Al Hatmi, Head of the Military Protocols and Public Relations at COSAF escorted them in a tour to various sections of the museum.
The guest and her accompanying delegation viewed the historic manuscripts and models.