Can Lebanon escape the resource curse? 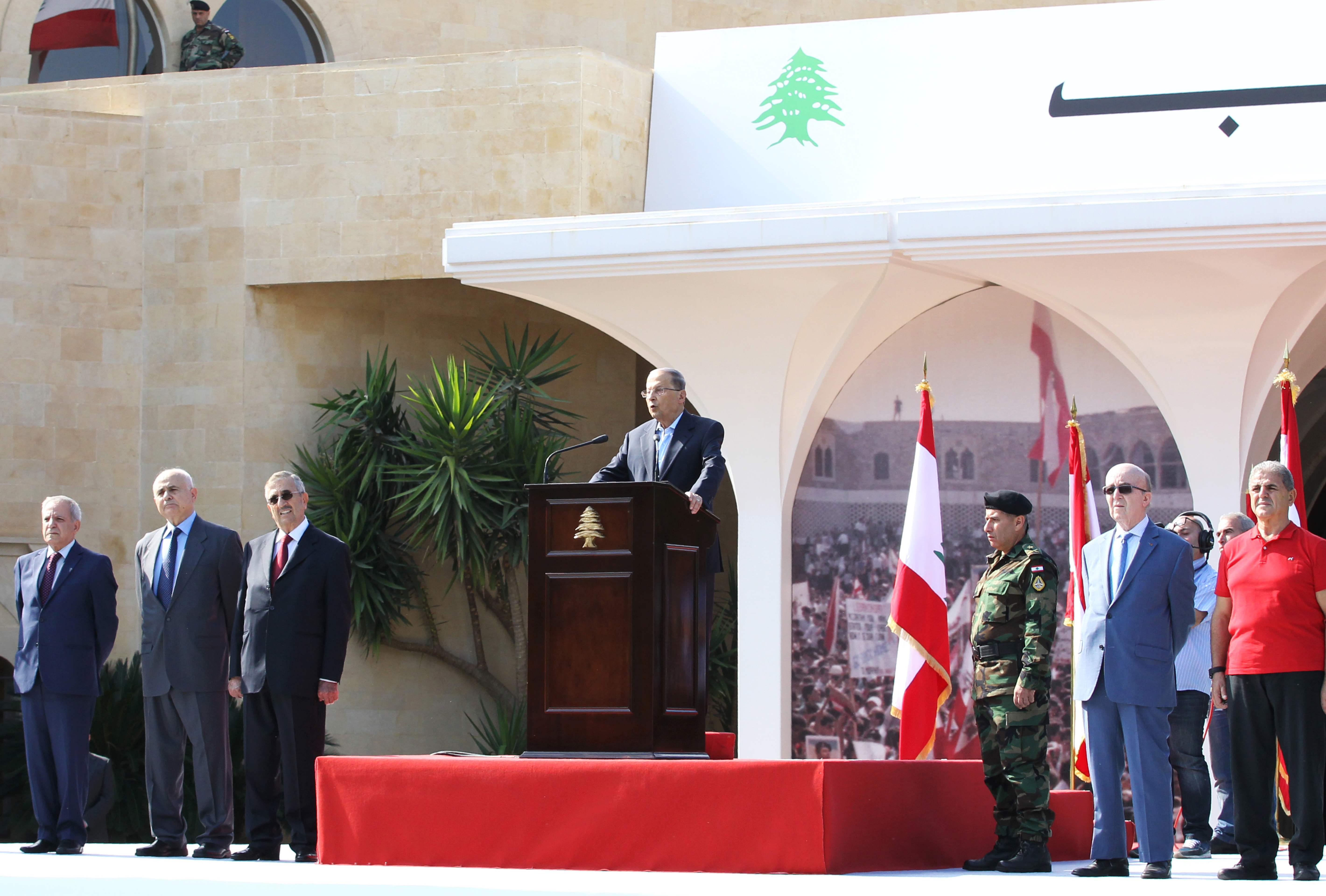 After two and a half years without a president, Lebanon’s Parliament has elected Michel Aoun to the post. Now, Lebanon can turn its attention to oil and gas production, with policymakers’ expectations running high – verging on irrational exuberance – that an energy windfall will jumpstart the country’s economy, which has suffered from poor political and economic governance and the spillover effects from Syria’s civil war.
Lebanon’s potential hydrocarbon wealth could indeed transform the country, as well as providing a model for other Middle Eastern energy producers to follow. But policymakers must be mindful of four major risks. For starters, oil and gas prices are volatile, and fossil fuels in general have an uncertain future. Oil and gas prices have declined by some 60 per cent since June 2014, and it is unlikely that they will recover over the medium term. We are in the age of oil’s “new normal,” defined by plentiful alternative energy sources.
Second, the size of Lebanon’s recoverable energy reserves is uncertain. Equally important, even under the most optimistic scenarios, the country’s capacity to manage oil and gas extraction, production, and distribution is uncertain as well.
Third, ongoing territorial disputes in the region – and the absence of agreed maritime borders with Cyprus, Israel, and Syria – creates legal uncertainty about who owns and may exploit certain oil and gas blocks.
Fourth, Lebanon’s leaders must deal with its dysfunctional politics and dismal governance, which are likely to frustrate any attempt to manage its natural resources transparently and sustainably.
So, can Lebanon escape the curse of the “devil’s excrement” that has afflicted many of its Middle Eastern neighbors?
The International Monetary Fund’s estimate of Lebanon’s potential oil and gas revenues optimistically assumes that production will start in 2021, reach full capacity by 2036, and continue until 2056. In this scenario, once production starts, resource revenues would constitute about 2.8 per cent of Lebanon’s non-oil GDP, and would account for about 9 per cent of government revenues at peak production, before gradually declining.
But even if oil and gas blocks are auctioned off almost immediately, in 2017, and then successfully explored, the resulting revenues would not arrive until 2022 at the earliest. Manna from heaven is not about to fall on Lebanon.
Meanwhile, Lebanon’s new leadership must address the government’s dismal fiscal predicament, including a 2016 budget deficit amounting to 8.1 per cent of GDP and government debt totaling 144 per cent of GDP – one of the highest public-debt ratios in the world. This means that Lebanon must undergo strong fiscal adjustments sooner, rather than later, and that any future oil and gas revenues will have to be heavily discounted.
But Lebanon’s governance is the more critical issue, because the country must now build a foundation to manage its fossil-fuel wealth properly. The main lesson from other resource-rich countries is that, in the absence of good governance – strong institutions, the rule of law, effective regulations – Lebanon’s energy windfall will likely lead to more corruption, as special interests and politicians try to capture the rents for themselves.
With Lebanese politics persistently in a quagmire, the new leadership must establish a sound fiscal regime and a robust governance framework to ensure transparency in energy exploitation and production, fiscal sustainability, and intergenerational equity. It can do so if it follows the right roadmap.
First, to guarantee that Lebanon’s natural resources are prudently managed, the government should formally join the Extractive Industries Transparency Initiative. The EITI would require government agencies and companies to disclose information relating to hydrocarbon extraction and production. This would include contracts and licenses; details about how blocks – and exploration and production rights – are auctioned and awarded; revenue figures, to ensure that companies comply with the “Publish What You Pay” principle; environmental-impact studies (offshore and onshore); and reports on how the government allocates its revenues.
Second, Lebanon should formally adopt the Natural Resource Charter. The Charter’s 12 precepts to guide stakeholders’ decision-making should be integrated into relevant legislation and regulations by the Lebanese government, Parliament, applicable regulatory agencies, and civil-society actors such as the Lebanon Oil and Gas Initiative.
Third, Lebanon should establish an independent energy regulator, by making the Lebanese Petroleum Administration independent from the Ministry of Energy and Water and widen its mandate to manage Lebanon’s natural resources. Separation and independence from the ministry is needed to protect natural-resource management and decision-making from political interference.
Finally, Lebanon should adopt a legal framework for setting long-term constraints on fiscal policy. In particular, government expenditure should be determined by an estimate of permanent income (including the sustainable contribution from resource revenues), while cyclical revenue would be saved in a sovereign-wealth fund. Similar to Chile and Norway’s well-known precedents, such a rule would stipulate that all energy-price windfalls automatically be saved, and that government spending be determined by cyclically adjusted tax revenues and a share of energy revenues.
The stakes for Lebanon are high. A troubled country in a tumultuous region, it could transform itself if it soundly and efficiently manages its prospective oil and gas wealth. Or it could succumb to the curse, which would entrench the country’s waste, nepotism, corruption, and inequality.
Lebanon’s oil and gas wealth belongs to all of its citizens, current and future. If the new leadership bases its decision-making on a national consensus – and under a governance framework that ensures transparency, disclosure, and accountability – the curse will be cast off. And others in the region might see such success as worthy of emulation. - Project Syndicate