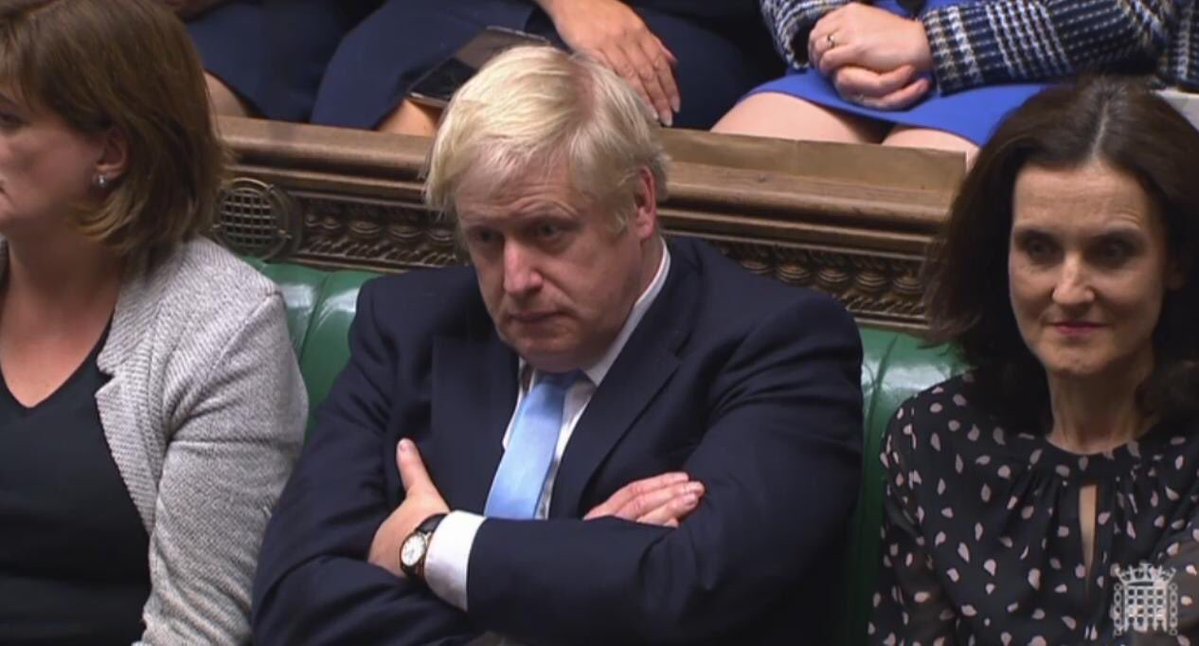 London: British Prime Minister Boris Johnson on Tuesday was defeated in a vote on his Brexit timetable, meaning his government could push for a general election.

Lawmakers voted 308 to 322 to turn down his proposed rapid timetable for Brexit bill. As a result, Johnson has to pause the Withdrawal Agreement Bill.

After the vote, the prime minister said: "I must express my disappointment that the House has again voted for delay rather than a timetable that would have guaranteed the UK would have been in a position to leave the EU (European Union) on Oct. 31 with a deal."

"We now face further uncertainty and the EU must now make up their minds over how to answer parliament's request for a delay," he said.

"The first consequence is the government must take the only responsible course and accelerate our preparations for a no-deal outcome," said Johnson. "Our policy remains that we should not delay, that we should leave the EU on Oct. 31 and that is what I will say to the EU."

Earlier Tuesday, the prime minister told a parliament debate that he will pull the Brexit bill and push for an election if it is voted down by lawmakers.

"If parliament refuses to allow Brexit to happen... in no circumstances can the government continue with this," he said. "With great regret, I will have to say the Bill will have to be pulled and we will have to go forward to a general election."

Johnson said that if the lawmakers back his Withdrawal Agreement Bill then "we can get Brexit done and move our country on."

The prime minister was seeking to win two crucial votes -- the first asking lawmakers to back him on the Withdrawal Agreement Bill, and the second to support his bid to fast-track it through the lower House in three days.

London and Brussels reached a Brexit deal, known as the Withdrawal Agreement, last week. It needs to be approved by the British parliament to become legally binding before Britain leaves the European Union.

If the British government can force its Brexit bill through parliament in time, the UK could in theory still leave the EU by the Oct. 31 deadline.

Given the latest defeat in parliament, Johnson has little chance of getting Brexit done on Oct. 31. He had vowed to take his country out of the EU on Oct. 31 with or without a deal.