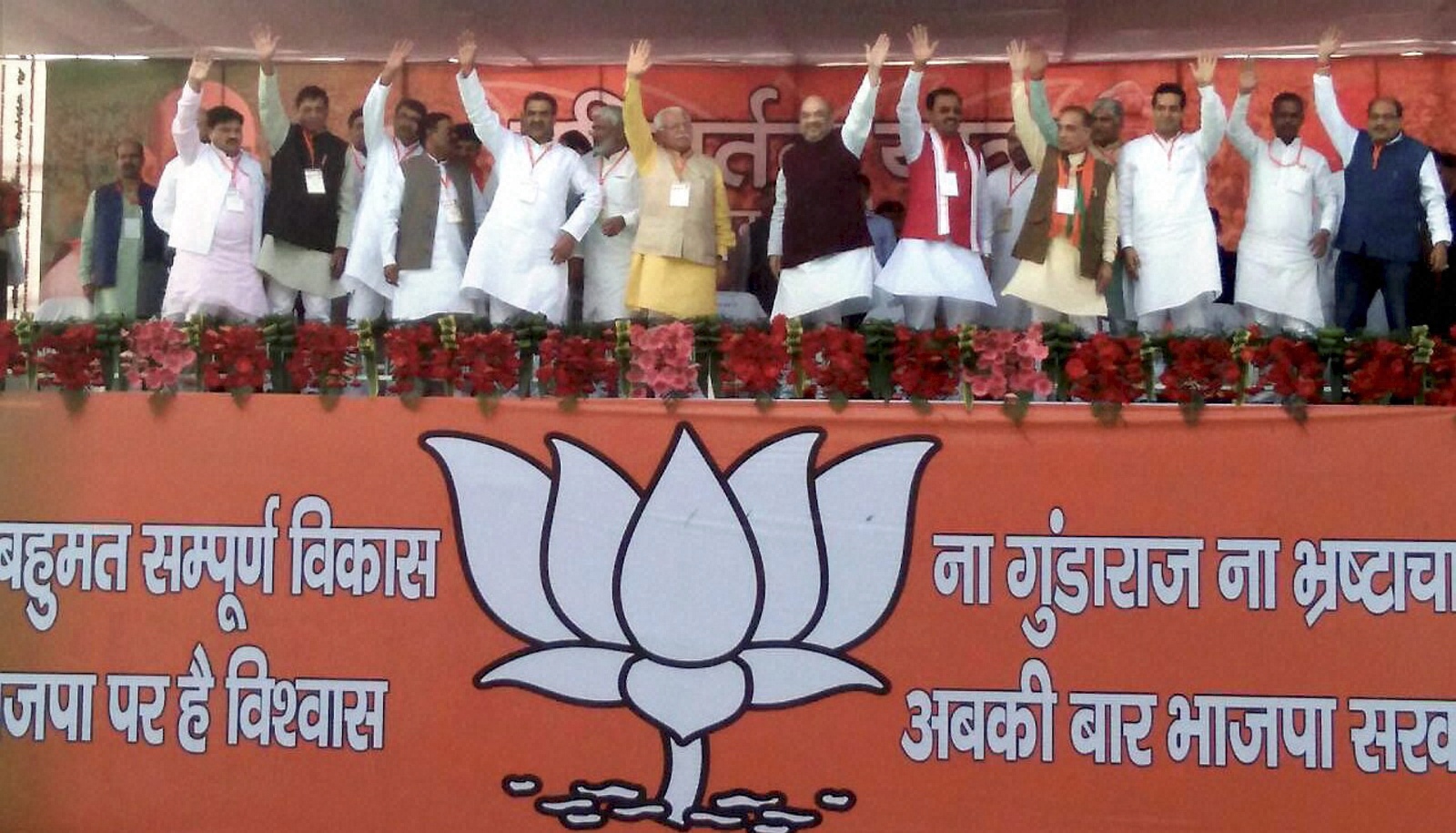 New Delhi: Samajwadi Party's "goondraaj" and BSP's "corruption" coupled with BJP's developmental agenda will be the focus of the saffron party's publicity campaign for the Uttar Pradesh assembly elections as it zeroes in on tuneful jingles and songs to connect with the masses.
"We will highlight the negatives people associate with SP and Bahujan Samaj Party and our positive message in equal measure. The 'goondaraaj' the state has seen under the SP government and corruption by BSP will be key part of our campaign," party's General Secretary Arun Singh said.
"If we will highlight the cases of atrocities against women, crimes, youths' migration for employment and cases of land-grabbing, we will also focus on our agenda of development and law and order," he said.
BJP has chosen seven-eight jingles which will be played on radio and publicity vans besides a couple of songs to spread its message through the nook and corner of Uttar Pradesh's 403 assembly constituencies, more than any other state.
Even as four 'Parivartan Yatra' vehicles, first of which was flagged off by party chief Amit Shah from Saharanpur on Saturday, will traverse across the state, BJP will also deploy almost one 'rath' in each of the constituencies to scale up its campaign. It has hired two well-known advertising agencies to fine tune its campaign.
BJP is making all out efforts to capture power in the country's heartland which was its forte for most of the 90s, propelling it to the centre stage of national politics and then to power at the Centre, before regional bigwigs SP and BSP pushed it to the margins of the state's politics.
The party's massive victory in the Lok Sabha polls in 2014 is owed in big part to its sweep of the state, winning 71 of the 80 seats.