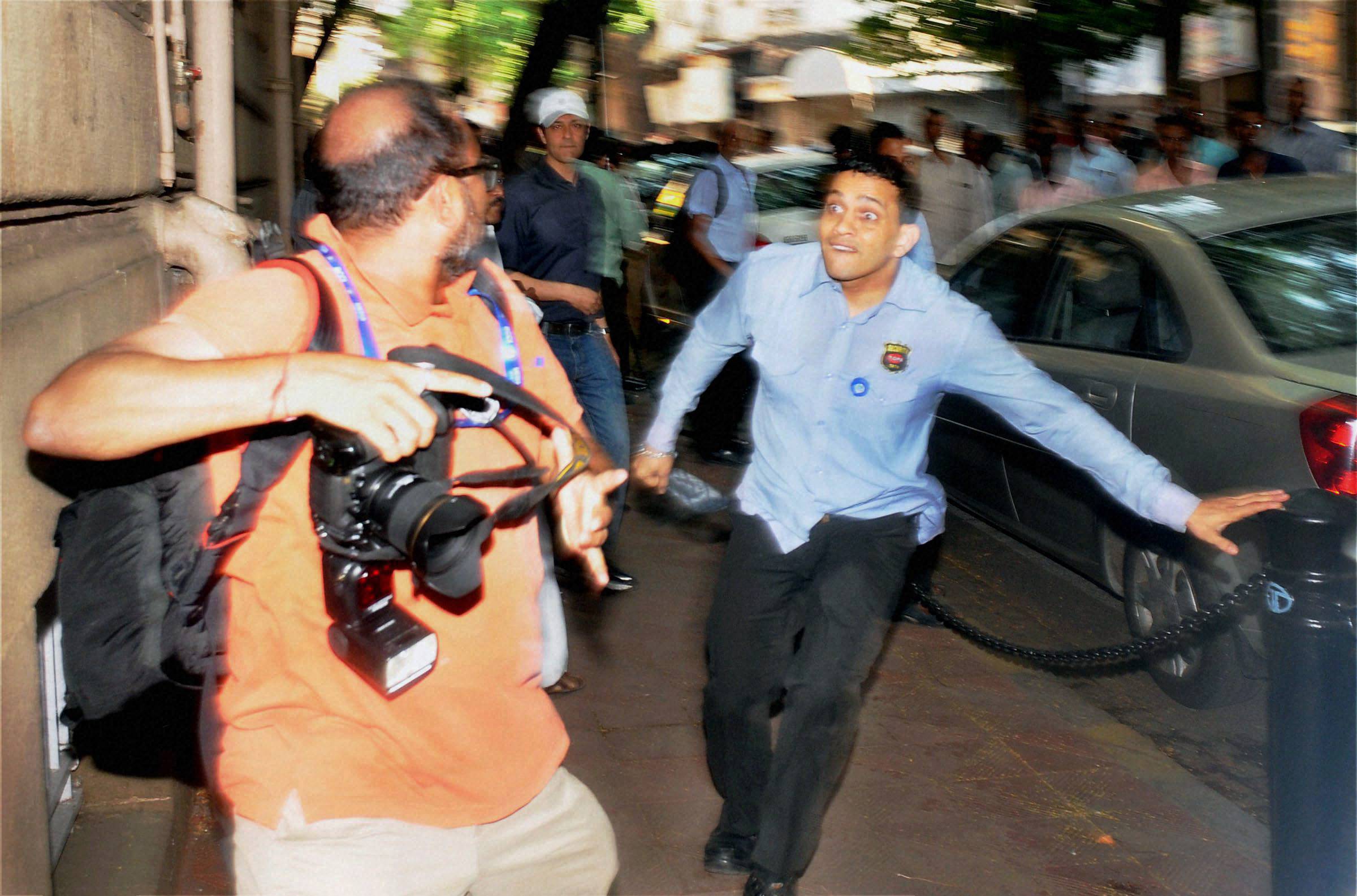 Mumbai: A scuffle broke out between security personnel at Bombay House and photographers trying to click pictures of ousted Tata Sons Chairman Cyrus Mistry, injuring one of them, ahead of the board meeting of Tata group firm Indian Hotels Company Ltd here on Friday.
As soon as Mistry, who is the Chairman of IHCL, arrived at the Tata group headquarters to chair a board meeting to consider quarterly financial performance of the company, photographers went beyond the cordoned off area to click his pictures.
In a bid to control the situation, the security personnel roughed up the photographers, injuring one belonging to the Times of India and damaging his equipment, in the process. Cameras belonging to lens men of Mid-Day and Hindustan Times were also damaged. Later on the situation was brought under control with the intervention of police from Mata Ramabai Police station.
Four security guards and three photographers have been taken for medical check up. Digging in his heels after being ousted as Chairman of Tata Sons, Mistry plans to continue in his current role at Tata group firms, including Tata Steel, TCS and Tata Motors, where he is chairman. Sources close to Mistry have said he has no plans to quit as chairman of these firms. "He will discharge his fiduciary duty as required by law in all his positions in the Tata group," a source close to Mistry had said.