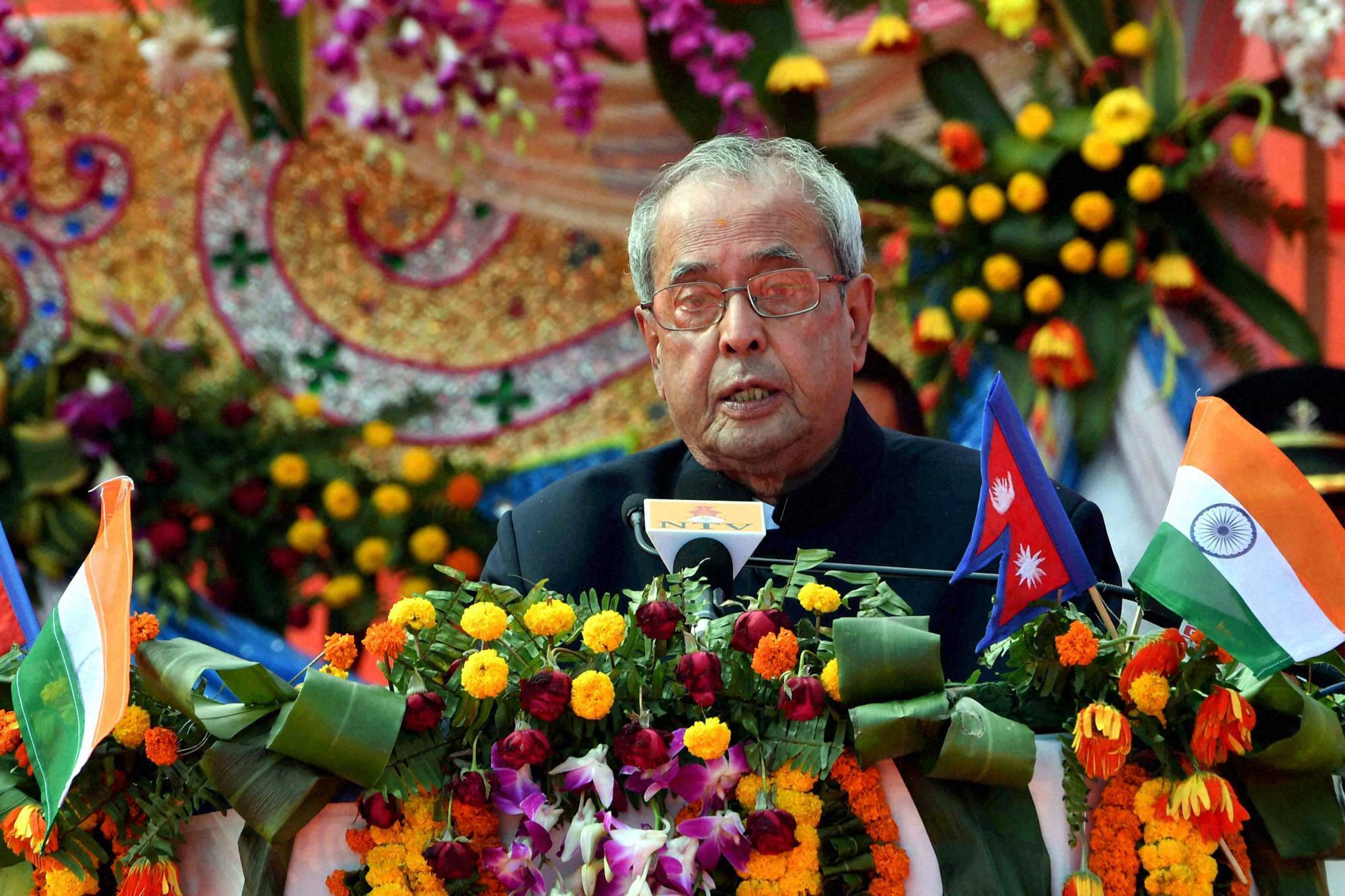 Pokhra: President Pranab Mukherjee on Friday likened Indo-Nepal ties to that of a "family" in which differences sometimes crop up but said the effort is to iron them out through talks, an apparent reference to the political crisis over the new Constitution that had strained bilateral ties.
Mukherjee, the first Indian president to visit Nepal in 18 years, described his three-day state visit which concluded today as "very successful".
He held discussions with several Nepalese leaders including President Bidya Devi Bhandari, Prime Minister Prachanda, Vice President Nand Bahadur Pun, Opposition leaders and representatives of Madhesi community.
During his visit, Mukherjee visited the hotbed of Madhesi protests Janakpur and met ex-servicemen of Gurkha regiments in Pokhra. The 80-year-old Mukherjee had about 27 engagements.
"I would like to say I had a very successful visit to Nepal. I came here the day before yesterday and since then I am overwhelmed with the hospitality of the people and government of republic of Nepal. Of course, Nepal is not an unknown land to me. I have the privilege of coming to Nepal several times," he told reporters here.
Asked about occasional hiccups in Indo-Nepal ties and whether his visit be able to revive the warmth between the two nations, the president cited the example of a family in which differences sometimes crop up. "Nepal and India always have good relations and as you know that in our individual lives, in our daily lives, day to day lives, there may be some different approaches or different angularity. But it is always our effort to iron them out and to resolve it through discussions, explanations and understanding. As we did in the case of family, in the larger context Indo-Nepal relationship is like that," he said.
Asked about his deliberations with Madhesi leaders on Thursday night, Mukherjee said he told them to work unitedly.
"Afterall Constitution is a basic document and it should be drafted on the basis of broad consensus so that it is a lasting document and it can address the problems of all sections of the people and there should be a broad consensus in the drafting of the Constitution," he said.
"I do hope that remaining (differences) should also be addressed to the satisfaction of all the sections concerned," he said.
The Madhesi community in Nepal has strong family ties with Indians and constitute a large part of Nepal's population. "The representation in parliament should be proportional to the population. In areas where there is sparse population and the areas which are densely populated have same number of representatives in the parliament," Mahendra Prasad Yadav, a prominent Madhesi leader had told PTI explaining the issue.