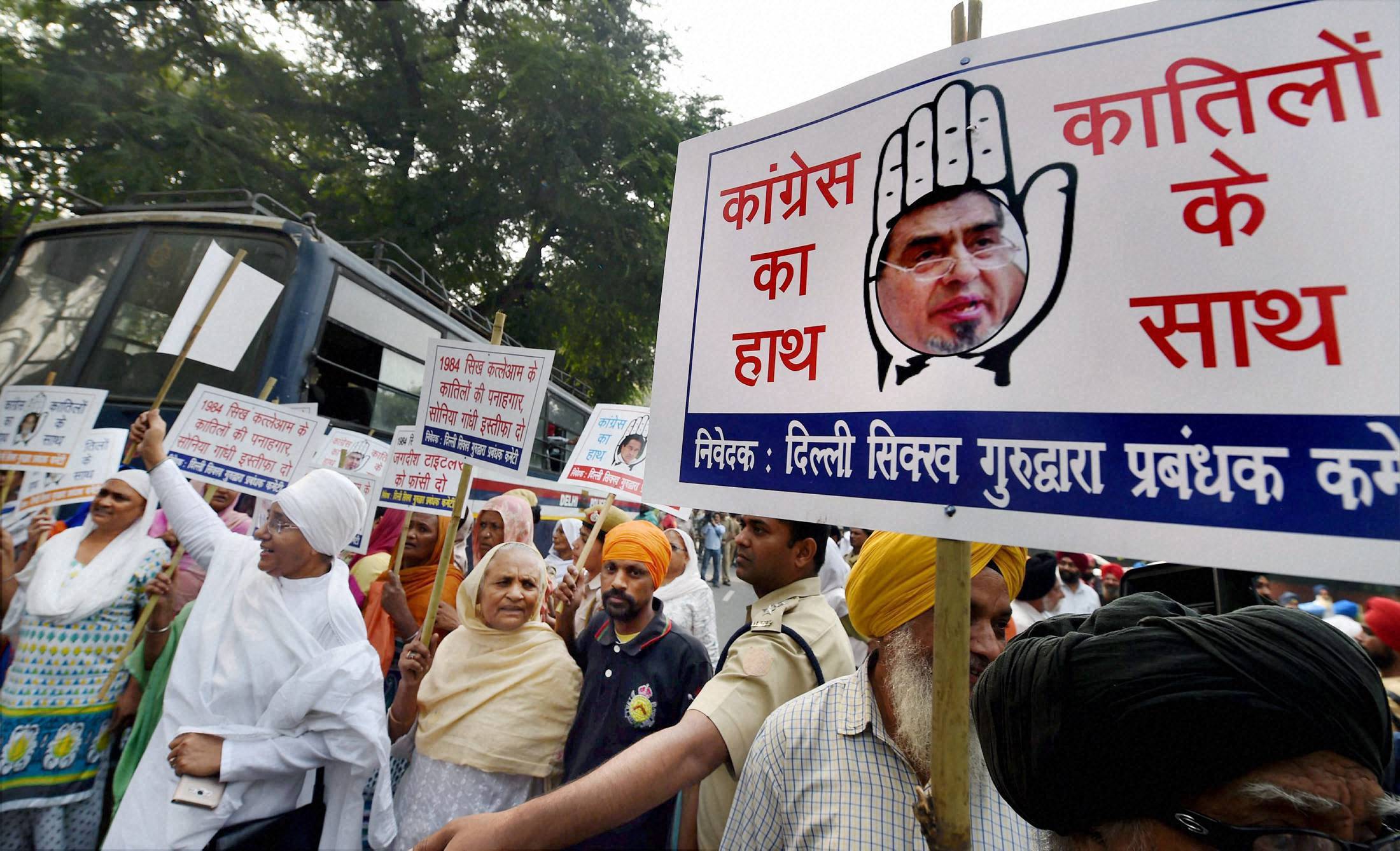 New Delhi: Delhi High Court on Friday dismissed the pleas of Congress leader Sajjan Kumar and others for transfer of their case relating to 1984 anti-Sikh riots before another bench, saying these were "baseless and misconceived" and an "abuse of law".
A bench of justices Gita Mittal and P. S. Teji also rejected their plea alleging bias by one member of the division bench which is hearing the matter, saying the contentions raised amounted to contempt of court but it was not initiating any action as it would delay the proceedings.
"The present applications are baseless, malafide and misconcieved. We find no merit and hence the same are dismissed," the bench said, adding "it is abuse of law".
Kumar and others had alleged in their applications that Justice Teji should not hear the matter as he had heard the case as a trial court judge earlier.
Countering their submissions, Central Bureau of Investigation had said that Justice Teji had never conducted trial proceedings in the case but only heard the bail plea when he was a trial court judge, as being a sessions judge then, he was handling bail matters.
The bench on Friday said that none of the life convicts in the case joined the applicants alleging bias by any member of the bench and hence there was "no apprehension of injustice". The applications are "just a delaying tactics. Therefore we cannot allow this because the incident is of 1984", it said.
The bench said the contentions raised in the petitions tantamounted to contempt of court, but it was not initiating such proceedings against Kumar and others so that the matter is not further delayed. The bench, in its order, said they were also refraining from imposing fine on the petitioners for filing such baseless applications and there was no reasonable apprehension of bias as expressed by them.
Besides Kumar, former MLA Mahender Yadav, who was handed a three-year jail term in the matter and is currently on bail, had alleged that "Justice Teji was exercising keen interest in the matter" and should recuse himself from hearing these appeals.
Convict Kishan Khokkar, who was sentenced to three years in jail and is on bail, had also filed a similar application. Kumar was acquitted by a trial court in 2013 in the case pertaining to the killing of five Sikhs by a mob in Delhi Cantonment's Raj Nagar area during the 1984 riots.
While acquitting Kumar, the trial court had held five accused guilty and awarded them varying jail terms for being part of the mob that killed the Sikhs.
CBI had moved the high court challenging the acquittal of Kumar in a case relating to the killing of Kehar Singh, Gurpreet Singh, Raghuvender Singh, Narender Pal Singh and Kuldeep Singh, all belonging to the same family, by a mob during the riots. Ex-councillor Balwan Khokkar, Girdhari Lal and former naval officer Captain Bhagmal were given life term, while the Yadav and Khokkar, were given three-year jail term each for lesser roles. They have also challenged their conviction in the high court.
Besides CBI, the victims' family members Jagdish and Nirpreet Kaur had also challenged the trial court verdict. The case against Kumar, a former Lok Sabha MP from Outer Delhi, and others was registered in 2005 on a recommendation by Justice G. T. Nanavati Commission. CBI had filed two charge sheets against him and other accused in January 2010.