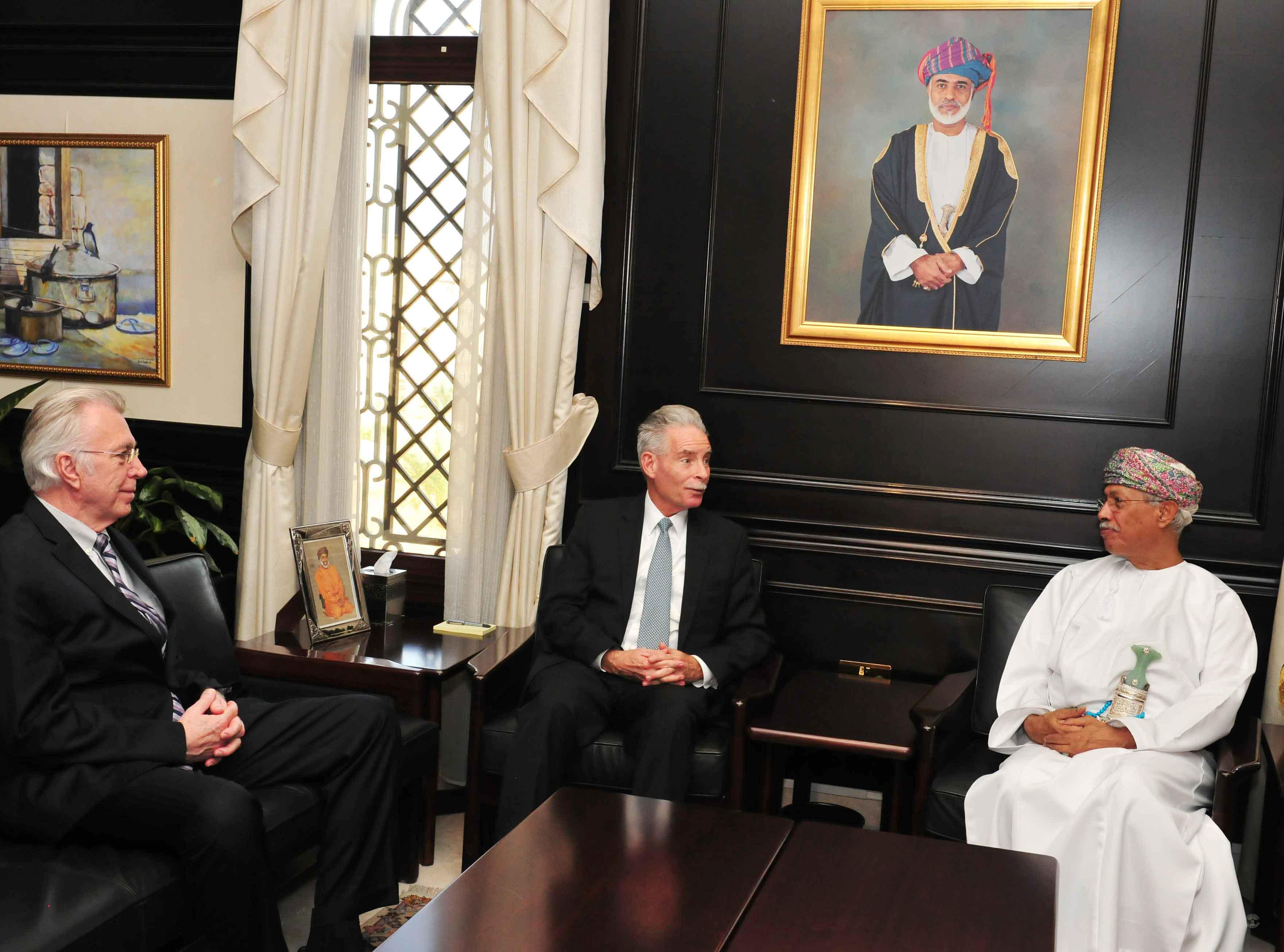 Muscat: Abdulaziz bin Mohammed Al Rowas, Advisor of His Majesty the Sultan for Cultural Affairs received in his office today Dr. Richard Schmierer, Chairman of the Middle East Policy Council's Board and Dr. Thomas Mattair, Executive Director of the Middle East Policy Council.
The meeting reviewed situations in the region in general and the bilateral relations between the two countries in particular.
The visiting delegation expressed its pride over the Sultanate's policy, hailing the policy of the His Majesty Sultan Qaboos Bin Said, which contributed in maintaining regional and international peace and security.