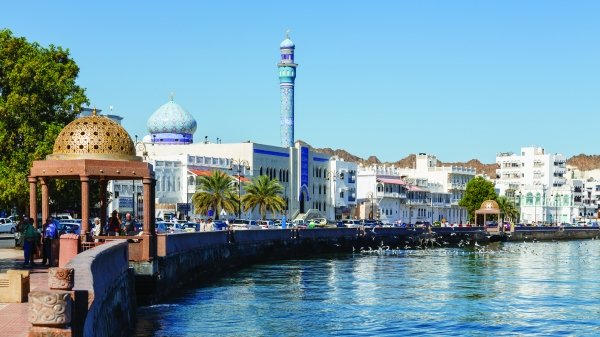 Muscat: Oman is performing better than its regional neighbours in terms of tourism, a senior official from the International Air Transport Association (IATA) said.
This is despite the fact that there has been a drop in the projected figures for the next 20 years by IATA.
Passenger traffic in Oman will grow from 8 million to 21 million over the 2015 to 2035 period. “That is an annual compound average growth rate of 5.2 per cent,” said Chris Goater, manager, Corporate Communications, IATA.
In 2014, IATA had projected that Oman will grow at 6.2 per cent on average for the next 20 years and by 2034, it will be see approximately 22 million passengers.
“The reduction in our long-term passenger forecast for Oman stems mainly from a reassessment of the macroeconomic forecast in recent updates, following the decline in oil prices seen over the past few years. The key point is that a 5.2 per cent growth over the next 20 years is still strong and above the regional and global averages (4.8 per cent and 3.7 per cent, respectively),” Goater told the Times of Oman.
The projection was reached using an econometric model that includes elements, such as population growth, economic and income development, demographics, cost factors, and regulatory environment. “The dip in global oil prices leading to austerity measures and a lack of new-build projects in Oman has spurred one-way air ticket sales. I think that is one of the reasons the IATA has scaled down the projections figures for 2016,” a country manager for a leading airline said.
IATA expects 7.2 billion passengers to travel in 2035 worldwide, a near doubling of the 3.8 billion air travellers in 2016, it said in its 20-year air passenger forecast, which was released recently.
The forecast for passenger growth confirms that the biggest driver of demand will be the Asia-Pacific region. It is expected to be the source of more than half of the new passengers over the next 20 years.
China will replace the United States as the world’s largest aviation market (defined by traffic to, from and within the country) around 2024.
India will replace the United Kingdom for third place in 2025, while Indonesia will enter the top 10 at the expense of Italy.
Regarding Middle East, it said it will grow strongly (4.8 per cent) and will see an extra 244 million passengers a year en route to, from and within the region by 2035. “In general, the Middle East is set to grow quickly and relatively speaking benefit more from many of the above factors vis-a-vis other global regions,” Goater said.
The five fastest-growing markets in terms of additional passengers per year over the forecast period will be:
China (817 million new passengers for a total of 1.3 billion); US (484 million new passengers for a total of 1.1 billion); India (322 million new passengers for a total of 442 million); Indonesia (135 million new passengers for a total of 242 million) and Vietnam (112 million new passengers for a total of 150 million)