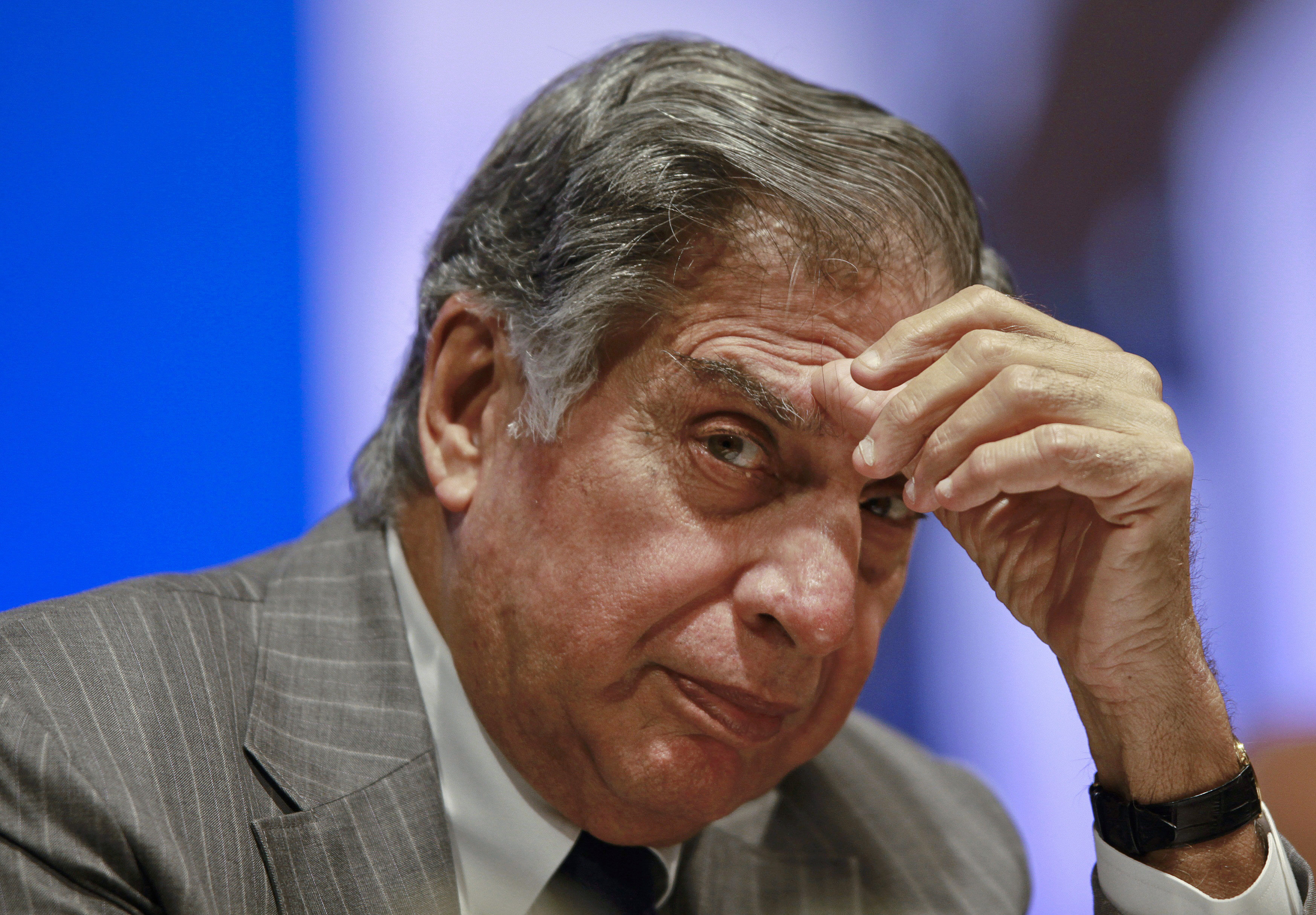 Mumbai: As ousted Tata Group Chairman Cyrus Mistry stepped up attack, Ratan Tata on Tuesday hit back saying his removal was "absolutely necessary" for the future success of the Tata Group.
"The decision to change the leadership of Tata Sons was a well-considered and serious one for its board members. This difficult decision, made after careful and thoughtful deliberation, is one the board believes was absolutely necessary for the future success of the Tata Group," the interim chairman wrote to employees of $100 billion Group.
The letter came shortly after Mistry ratcheted up war of words by rebutting "insinuations" of mishandling a dispute with Japan's NTT DoCoMo, saying Ratan Tata was party to all decisions regarding the telecom venture. Tata, 78, who retired as Tata Group Chairman nearly four years back, justified his return for "maintaining stability and continuity of leadership" and promised to give the group "a world-class leader" when a fulltime boss is appointed.
Earlier in the day, Mistry's office issued a statement saying all decisions on the telecom joint venture with DoCoMo and the following dispute were taken with unanimous approval of Board of Tata Sons as well as family patriarch Ratan Tata.
The handling of the $1.17 billion compensation slapped by an arbitration panel over breach of agreement with DoCoMo is said to one of the triggers for Tata Sons sacking Mistry last month.
"Insinuations that the Docomo issue was handled under the watch of Mistry in a manner inconsistent with Tata culture and values are baseless. The suggestion that Ratan Tata and the trustees would not have approved of the manner in which the litigation was conducted is contrary to what transpired," the statement said.
Responding to the statement, a Tata group spokesman said: "The insinuations are being imagined and this (DoCoMo) matter is sub-judice."
Tata in his second letter to employees after the October 24 sacking of Mistry, said the Group companies should focus on their profit margins and their market position and not compare themselves to their own past. "The focus has to be on 'leading' rather than 'following'," he wrote. Stating that he was excited to work with them once again, Tata in his letter to over 660,000 employees sought to soothe them in the wake of high profile top level change and its subsequent public spat with Mistry.
"Your company and the Tata group are well served. The directors on your boards and the empowered leadership of your companies continue to serve with the same degree of passion and ethical commitment as they have done in the past," he wrote.
As a group, Tata continued, "we are steadfast in our resolve to maintain the Tata culture and value system that all of us have worked so hard to nurture over the decades."
Praising the spirit the employees, he said, "During its long history, the group has faced and overcome many challenges. Our employees have displayed their spirit at all times to create great companies that have delivered value to the shareholders."
Mistry's office had earlier in the day reiterated that the agreement with DoCoMo had been executed before he became executive chairman of the Tata Group and "all decisions were taken with the unanimous approval of the Tata Sons board".
"In fact, all decisions were collective decisions and the actions were consistent with every such collective decision."
Tata Group is entangled in a legal tussle with Japanese firm, NTT DoCoMo. DoCoMo had in November 2009 acquired 26.5 per cent stake in Tata Teleservices for about Rs12.7 billion(at Rs 117 per share) with an understanding that in case it exits the venture within five years, it will be paid a minimum 50 per cent of the acquisition price.
DoCoMo, in April 2014, decided to exit the joint venture that struggled to grow subscribers quickly and sought Rs 58 per share or Rs 7.2 billion from the Tatas.
But the Indian group offered Rs 23.34 a share in line with RBI guidelines that states that an international firm can only exit its investment at a valuation "not exceeding that arrived at on the basis of return on equity".
The Japanese firm then dragged the Tatas to international arbitration where it won a $1.17 billion award.
Tata Sons has said they will resist enforcement of the arbitration award in India as also other jurisdictions as it has been barred by Indian law and public policy.
Insisting that Ratan Tata and NA Soonawala, Trustee, were kept informed throughout the process, the Mistry's office said they even participated in separate meetings held with him.
"They also participated in the meeting with the legal counsel (who also happened to be a trustee of the Dorabji Tata trust) and who represented Tatas in the litigation.
At all times, Ratan Tata and Soonawala concurred and approved the course of action adopted by the Tatas and as advised by legal counsel," it said.
Meanwhile, N. S. Rajan and Nirmalya Kumar resigned as non-executive directors on boards of Indian Hotels Company and Tata Chemicals respectively, days after Group Executive Council set up by Mistry was disbanded.