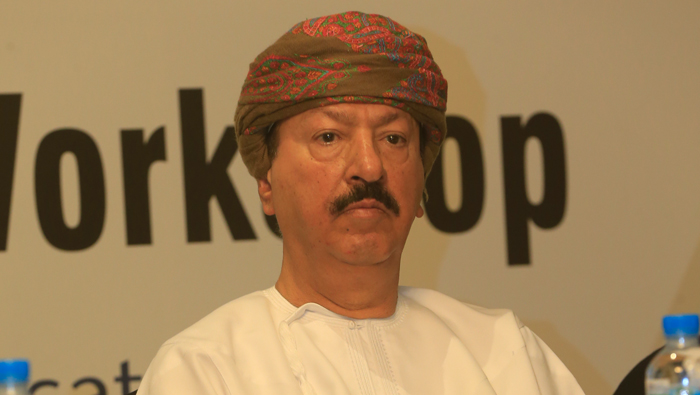 Muscat: There is no move to increase interest rate ceiling on personal loan of commercial banks in Oman, despite a general increase in interest rate in the financial system, the country’s central bank chief said.
The maximum interest rate a commercial bank can charge from a customer for personal loan is fixed at 6 per cent by the Central Bank of Oman. In fact, majority of Omani banks are offering personal loans at the ceiling rate, or at less than 6 per cent.
“The ceiling on personal loan will stay until we see it is necessary. We don’t think the interest rate at the moment is on the higher side across the globe,” Hamoud Sangour Al Zadjali, executive president of the Central Bank of Oman, told Times of Oman.
“So, the 6 per cent interest ceiling is a reasonable rate for both borrowers and lending institutions.”
The Sultanate’s conventional banks have posted a robust 10.44 per cent growth in aggregate personal loans, or consumer loan portfolios, which stood at OMR7,680.96 million by the end of June 2016.
“The growth (in personal loan portfolio) is stable and the banks are still below their limits,” noted the CBO chief.
Al Zadjali also noted that there is no need to restrict the growth as the banks are cautious and the aggregate personal loans are below the limit fixed by the Central Bank of Oman.
The growth in personal loan was attributed to the tendency among more and more customers availing of loan due to fear that interest rate may rise in the coming months. Besides, a lot of people take personal loan to fund their small businesses as it is faster to get consumer loan (compared to bank funds for business purpose).
The aggregate personal loan portfolio of Omani banks constitutes 39.7 per cent of total bank credit of OMR19,348.14 million, as of the end of June 2016, according to the latest quarterly report released by the Central Bank of Oman (CBO).
The CBO quarterly report said that on an incremental basis, the flow of credit to consumers resulted in an additional disbursement of OMR725.95 million in the last 12-month period ending in June 2016.
Ironically enough, the growth in demand for personal loans was in the double digits, although new employees taking up jobs declined in the aftermath of an economic slowdown caused by sluggish oil prices. By the end of December 2015, the aggregate personal loan portfolio of Oman’s conventional banks was OMR7,333.80 million, or 40 per cent of total credit.
In fact, personal loans are the key revenue drivers for the Sultanate’s financial institutions, due to their high interest margins (compared to corporate lending).
CBO stipulates an upper ceiling of 35 per cent of a bank’s total credit portfolio as personal loans, and another 15 per cent as mortgage financing. The apex bank also lowered the debt burden ratio a number of years ago by fixing the portion of salary that is applied for loan repayments of borrowers to 50 per cent and 60 per cent for personal and housing loans, respectively.
In fact, the commercial banks, which have already reached their upper ceiling, cannot grow their retail portfolios, which is generally a high margin business. However, if corporate loans grow at a faster pace, banks will be able to increase their personal loan portfolios as well.