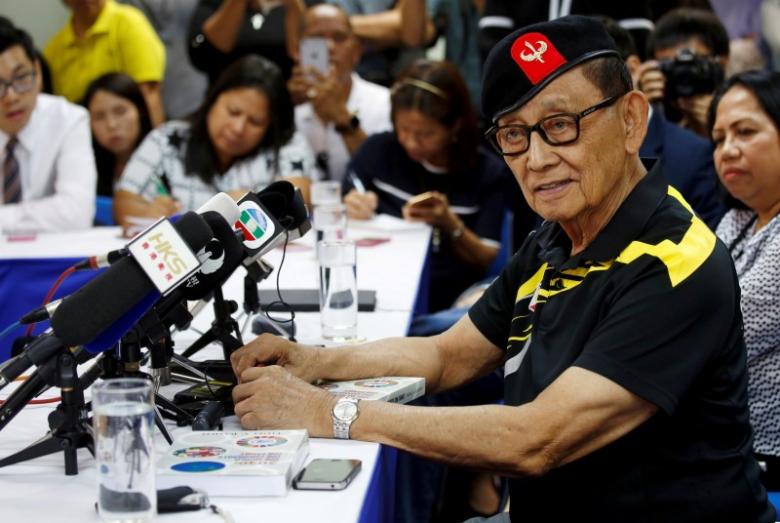 Manila: The Philippines' former president Fidel Ramos has quit his job as special envoy to China, aides said on Tuesday, but the government has yet to act on his resignation, weeks after the current Philippine leader visited Beijing. President Rodrigo Duterte appointed Ramos, a mentor who he said persuaded him to run for office, as special envoy to China to help repair ties soured by an international arbitration case in a maritime territorial dispute which went in Manila's favour in July, sparking outrage in Beijing. Ramos's decision to quit a job he had barely started was due to the progress made during Duterte's visit, including what appears to be an end to China's blockade of a disputed fishing zone.
"He has done his job," a Ramos aide told Reuters. "President Duterte has visited Beijing and our fishermen are back in the disputed Scarborough Shoal. He has accomplished his mission." The aide declined to be named because he was not authorised to speak to the media. Ramos' office said an official statement would soon follow.
Ramos, an 88-year-old statesman widely respected in a country he led from 1992-1998, was quoted by GMA News Online as saying his China role was only to "break the ice". Ramos is a supporter of Duterte but has recently turned critical of the maverick leader. In a newspaper column, he described Duterte's first 100 days in office as a "huge disappointment and letdown", an assessment that contrasts starkly with popular opinion. Ramos said Duterte had spent too much energy on his war on drugs and neglected poverty, the environment and rising living costs and he described the president's hostility and mixed statements towards old ally the United States as "discombobulating".
But a Ramos aide on Tuesday said the resignation had nothing to do with his view on Duterte's performance. "Please, do not put meaning into this, he remains a team Philippines player," the aide said.
The government gave little comment on the circumstances behind Ramos's resignation. Presidential Communications Secretary Martin Andanar said Ramos "was instrumental in the softening of ties", while presidential spokesman Ernesto Abella said it was Duterte's decision whether or not to accept the resignation. As his first step towards softening ties with China, Ramos spent five days in Hong Kong in August meeting "old friends" - a diplomat and an academic - and described his trip as an "ice breaker". The two countries had previously had no high-level contact for five years. Ramos never made it to China, however. His office in September said a trip there had been postponed.
A few weeks later, Duterte went to Beijing himself, accompanied by about 200 businessmen, and plenty of fanfare.
"I still consider myself a part of the Duterte team whether they like it or not," Ramos was quoted as saying by local media.