Pakistan's Imran Khan backs off from threat to shut down capital 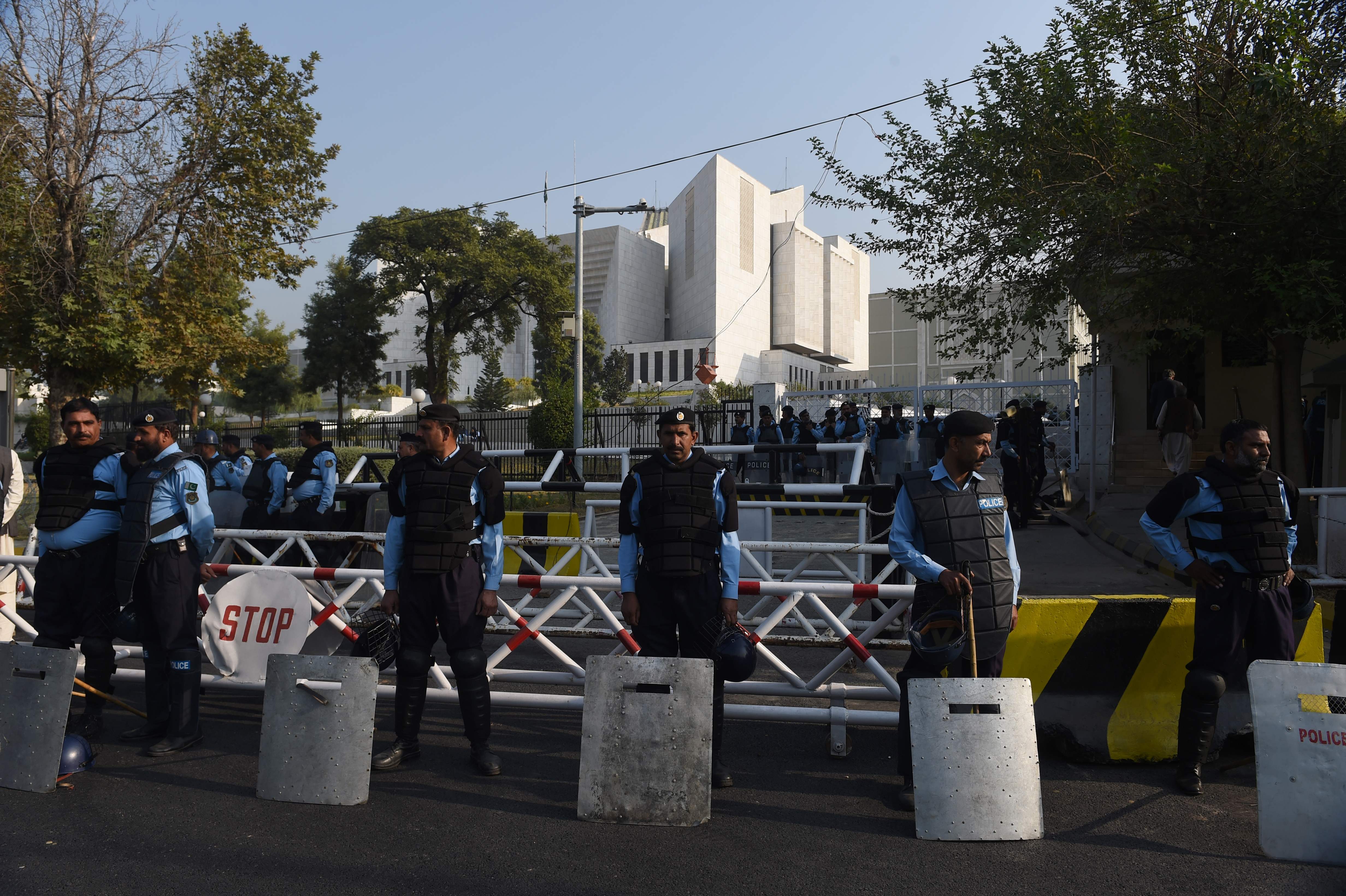 Islamabad: Pakistani opposition leader Imran Khan backed down from a threat to paralyse the capital on Wednesday, a move likely to ease tension that has spilled over into violence in the run-up to the planned protests.
Khan's vow to "shut down" Islamabad to press a demand for Prime Minister Nawaz Sharif to resign or face a corruption inquiry had sparked a citywide ban on gatherings and the arrests of hundreds of opposition activists accused of defying the ban. Instead of the protest, Khan on Tuesday said he would hold a "celebratory" rally, following a decision by the Supreme Court to pursue a case linked to Sharif.
"We will hold a massive gathering in Islamabad tomorrow at the parade ground to celebrate this victory," Khan told media outside his plush home on the edge of the capital.
In a bid to resolve the crisis, the Supreme Court said it would form a judicial commission to probe allegations stemming from the "Panama Papers" leaks about the Sharif family's offshore wealth.
Khan had previously rejected the city High Court's order to hold his protests on Islamabad's parade ground, vowing to paralyse the capital with a turnout of a million protesters. The tension unleashed fears Pakistan's economic recovery could be jeopardised if there were a prolonged crisis that could even draw in the powerful military, which has a history of meddling in politics and overthrowing civilian governments.
There have been daily clashes between police and supporters of the cricketer-turned-politician in the lead-up to Wednesday, while the government has cracked down on workers of his Pakistan Tehreek-e-Insaf party. Authorities have arrested scores of party supporters and shut a major motorway leading from Khyber Pakhtunkhwa province, Khan's political heartland.
After the Supreme Court decision, officials said the highway barriers would be cleared. Authorities said they wanted to prevent a repeat of Khan's protests in 2014 that paralysed the city's government quarter after he rejected Sharif's election win a year earlier.
Pakistan's soaring stock market, which took a hit in recent days on the prospect of the protests, bounced sharply after Khan's decision to call them off. Khan had accused the police, judiciary and other government bodies of conspiring against him, besides claiming to have been under virtual house arrest. But ruling party officials painted Khan as a desperate politician seeking to revive his flagging popularity by setting up a violent confrontation in the capital.
Khan's retreat has left him politically weaker despite his effort to portray the Supreme Court decision as a political victory, said Michael Kugelman, a South Asia specialist at Washington think-tank the Woodrow Wilson Centre. "The problem is in recent days Khan had focused more on the need to get Sharif to quit, and that clearly isn't happening," Kugelman said. Khan's Supreme Court challenge stems from documents leaked from the Panama-based Mossack Fonseca law firm that appeared to show that Sharif's daughter and two sons owned offshore holding companies registered in the British Virgin Islands.
Sharif's family denies wrongdoing and there was no mention of Sharif himself owning any offshore companies. The ruling party had said it would participate in an investigation, but rejected the opposition's formula focused on Sharif's family. If the political deadlock persists, the Supreme Court intends to set up a commission based on its own terms.
"We have to save the country from unrest and crises," said Chief Justice Anwar Zaheer Jamali, according to the English-language newspaper Dawn. Holding offshore companies is not illegal in Pakistan, but Khan has implied the money was gained by corruption. Khan admitted in May that he himself used an offshore company to legally avoid paying British tax on a London property sale.