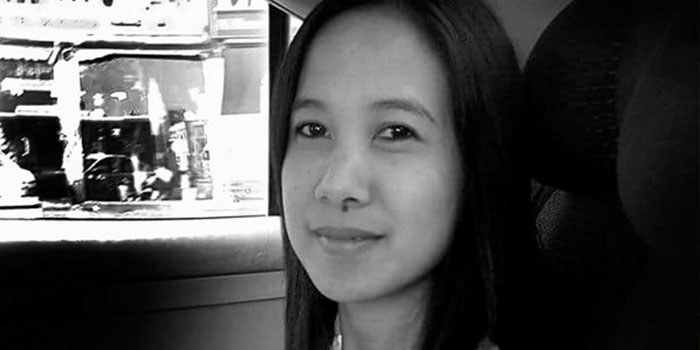 Latest: Murdered Filipina hotel waitress Pinky knew her killer
Muscat: A number of men have been detained by the Royal Oman Police (ROP) over the alleged sexual assault and murder of a Filipina hotel waitress in Muscat.
Read here: Family and friends of Filipina waitress murdered in Oman devastated by loss
The management of the Qurum hotel, where the victim Pinky Pamittan worked, reported her missing last Thursday after she failed to turn up for work for two days.
She was a bar/restaurant employee at the hotel, popular with tourists.
Get your essential daily briefing delivered direct to your email inbox with our e-newsletter
Police in Boushar launched an investigation and her body was found dumped in a wadi behind the Sultan Qaboos Grand Mosque on Friday.
“More than one, maybe three” men have been arrested in connection with her death, according to police.
“She was found on Friday and was working as a waitress in a hotel restaurant. So far we don’t know the cause of death, but her body is in the morgue. Initial reports suggest that she was kidnapped and raped.”
“The incident most probably occurred on Wednesday after the management reported a missing person on Thursday. The police were only able to find her on Friday thrown in a wadi near the Sultan Qaboos Grand Mosque,” the ROP spokesman added.
Pamittan had travelled to Oman to work in the tourism industry so that she could earn money to support her young son, back home in the Philippines, who is with his father.
Speaking from her home in Amman, Jordan, Pinky’s mother Alice Pamittan, said she is coming to Oman to get details of her daughter’s death and the case against the accused.
She said: “I hope her case will solve as soon as possible. I’m coming there.”
She added that Pinky was about to celebrate her 32nd birthday, on November 6, and thanked everyone for the support shown to her and her family.
Her stunned friends back home posted messages under the hashtag #JusticeforPinky on Facebook and called for media support to highlight her case.
“She was my best friend. We did schooling together. It is shocking to hear about the tragedy. I am in touch with her husband and others. The culprits should be punished. She was a loving woman,” Michelle Carnate, Pamittan’s friend, told the Times of Oman.
An official at the hotel told the Times of Oman that one of their employees was missing and that they had lodged a complaint with the police against him last Thursday.
“We can’t provide any more information. We have lodged a complaint with the police,” the official added.
A fellow worker at the hotel said they had been told not to speak about Pamittan’s death.
Senior staff members at the Philippines Embassy have also messaged the Filipino community in Oman asking that they refrain from commenting on the case via social media until the police investigation has run its course.
Meanwhile, several of Pamittan’s friends wrote condolence messages on the hashtag #JusticeforPinky.
One wrote: “Heard the news yesterday that you’re gone. But my heart and soul is in pain. Truly devastating! I know in the first place your intention and reason of working abroad is to help your child and family. But you don’t deserve this barbaric treatment. We will seek for justice for your death. We’ll do everything to make sure that person will get what he really deserves. I miss you. I am asking for a helping hand to get this noticed by our local media.”
Another wrote: “My mind escaped to a blank world when I heard what happened to you. Really devastating. You will be deeply missed by everyone. May you rest in peace.”
The ROP spokesman added that investigations are still ongoing.