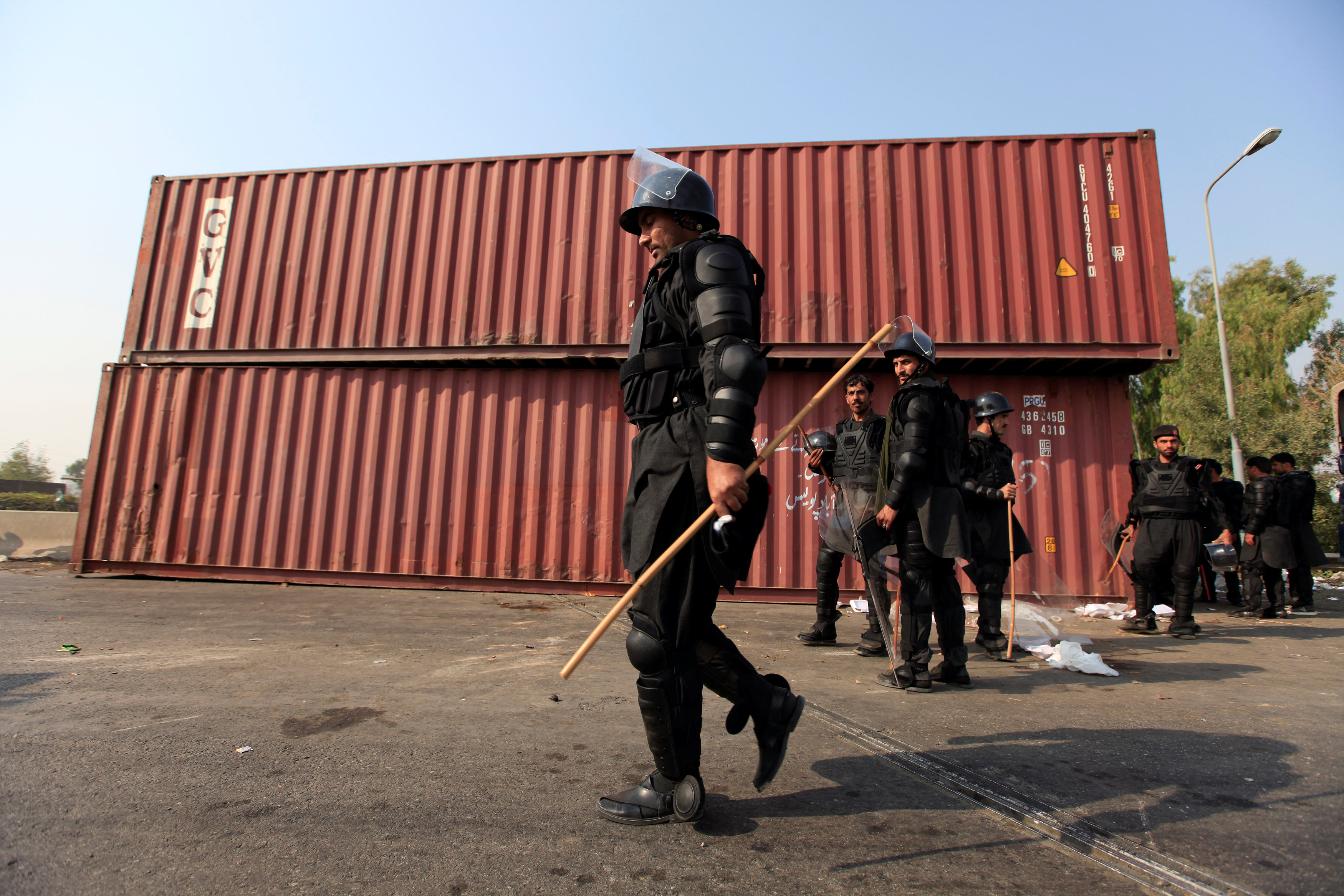 Islamabad: A Pakistani court on Monday granted opposition politician Imran Khan permission to hold anti-government protests in the capital this week, but warned that demonstrations should not disrupt life for citizens, media reported.
Khan had threatened to "shut down" the capital Islamabad on Wednesday as part of his push to unseat Prime Minister Nawaz Sharif on grounds of alleged corruption linked to the "Panama Papers" leak.
But on Sunday, he backtracked, saying his rallying cry to stop the government from functioning was not a direct threat, but rather a prediction of what would happen if his supporters flooded into the city.
The Islamabad High Court on Monday dismissed government challenges to Wednesday's protests, but ordered that Khan hold the demonstration on a parade ground far from the city's main government and commercial districts, Geo Television reported.
Justice Shaukat Aziz Siddiqui also ordered the government to ensure protection for the fundamental rights of residents of the capital to go about their daily lives, Geo reported.
Last week, the government enforced administrative orders outlawing gatherings of more than five people in the capital and neighbouring city of Rawalpindi. Since then, dozens of activists belonging to Khan's Pakistan Tehreek-e-Insaf have been arrested, the party says.
Khan, a former national cricketing hero, has vowed not to back down unless Sharif either resigns, or submits himself for investigation regarding the 'Panama Papers' leaks. Documents from the Panama-based Mossack Fonseca law firm in April appear to show that Sharif's daughter and two sons owned offshore holding companies registered in the British Virgin Islands.
Sharif's family denies wrongdoing. Holding offshore companies is not illegal in Pakistan, but Khan has implied the money was gained by corruption. Khan admitted in May that he used an offshore company himself to legally avoid paying British tax on a London property sale. Pakistan's Supreme Court is set to take up a case regarding the allegations on Tuesday.