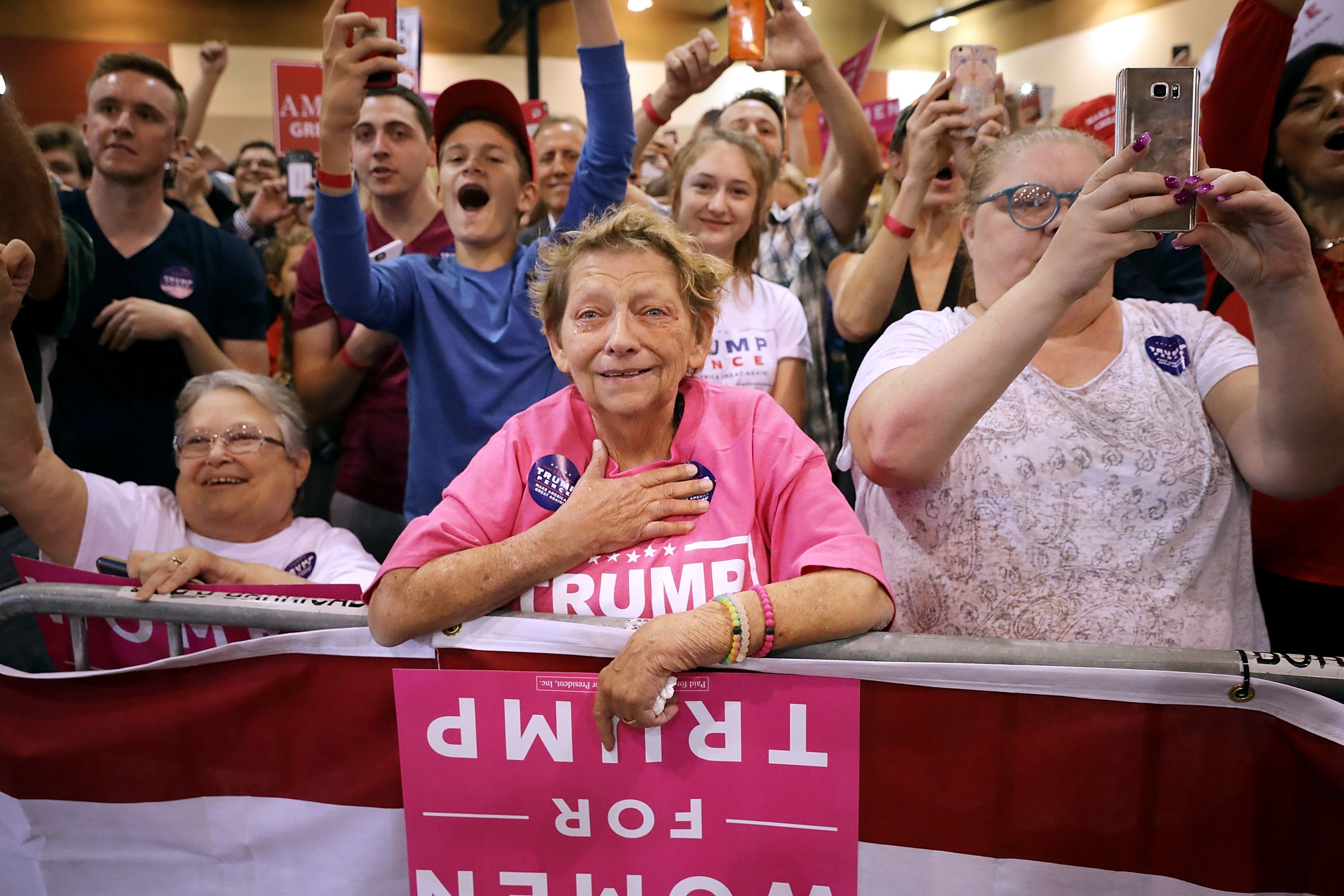 If Donald Trump loses the US election, will the tide of populism that threatened to overwhelm the world after the Brexit vote in June begin to wane? Or will the revolt against globalization and immigration simply take another form?
The rise of protectionism and anti-immigrant sentiment in Britain, America, and Europe is widely believed to reflect stagnant incomes, widening inequality, structural unemployment, and even excessive monetary easing. But there are several reasons to question the link between populist politics and economic distress.
For starters, most populist voters are neither poor nor unemployed; they are not victims of globalization, immigration, and free trade. The main demographic groups behind the anti-establishment upsurge have been people outside the workforce: pensioners, middle-aged homemakers, and men with low educational qualifications receiving disability payments.
In Britain, where detailed analyses of the votes actually cast in the Brexit referendum are now available, the group most directly affected by low-wage competition from immigrants and Chinese imports – young people under 35 – voted against Brexit by a wide margin, 65 per cent to 35 per cent. Meanwhile, 60 per cent of pensioners who voted backed the “Leave” campaign, as did 59 per cent of voters with disabilities. By contrast, 53 per cent of full-time workers who participated wanted Britain to remain in Europe, as did 51 per cent of part-time workers.
The British data suggest that cultural and ethnic attitudes, not direct economic motivations, are the real distinguishing features of anti-globalization voting. Asked whether “social liberalism” is a “force for good” or a “force for ill,” 87 per cent of “Remain” voters said it was a force for good, while 53 per cent of Leave voters called liberalism a “force for ill.” On “multiculturalism,” the difference was even starker – 65 per cent of Leave voters were against it, while 86 per cent of Remainers approved. Another analysis published by the BBC after the referendum found one of the strongest predictors of a Leave vote to be support for capital punishment.
In America, polls suggest that gender is an even more important indicator of support for Trump than age or education. Early this month, when Trump was only a few points behind Clinton in overall support, a Washington Post/ABC poll compared voting intentions with the 2012 election. It found not only that white men backed Trump by a margin of 40 percentage points, but also that their support for Trump was 13 points higher that it was for Mitt Romney, the 2012 Republican nominee.
White women, by contrast, marginally supported Clinton and had swung by 15 percentage points against the Republicans. Among voters without a college education, the gender difference was even starker: less-educated white men favoured Trump by a 60 per cent margin and had swung in favour of the Republicans by 28 percentage points, while women had swung by ten percentage points in the opposite direction and only marginally supported Trump.
It seems, therefore, that the conflicts generally ascribed to economic grievances and globalization are actually the latest battles in the culture wars that have split Western societies since the late 1960s. The main relevance of economics is that the 2008 financial crisis created conditions for a political backlash by older, more conservative voters, who have been losing the cultural battles over race, gender, and social identity.
The dominance of free-market ideology before the crisis allowed many controversial social changes, ranging from income inequality and intensified wage competition to greater gender equality and affirmative action, to go almost unchallenged. “Progressive” social liberalism and “conservative” free-market economics seemed to be two sides of the same coin. But when free-market economic liberalism failed in the 2008 crisis, political challenges to social liberalism could no longer be deflected by invoking impersonal economic laws.
But if social change can no longer be legitimized as the necessary condition for economic progress, it seems unlikely that democracies will now vote to reinstate the social conditions before the ascendancy of economic liberalism and globalization. Racial and gender equality are now backed by clear majorities in the US, Britain, and most European countries, and even apparently popular policies such as trade protectionism and strict immigration controls rarely muster more than 30-40 per cent support in opinion surveys. Why, then, did Brexit win, and why is it still possible that Donald Trump will be the next US President?
Both Brexit and Trump were powered by an unstable alliance between two very different, even contradictory, movements. The bulk of their supporters were indeed social conservatives and protectionists who wanted to undo the social changes that began in the late 1960s.
Two of the most effective slogans of the Brexit and Trump campaigns have been “Take back control” and “I want my country back.” But the social conservatives inspired by such atavistic and authoritarian sentiments do not make up majorities in any Western country. On its own, social conservatism could never mobilize more than 30-40 per cent of voters. To achieve majorities, the socially conservative protectionists had to unite with the remnants of the Thatcher-Reagan laissez faire movement, who resent the interventionist economic management of the post-2008 period and want to intensify the competition, deregulation, and globalization that social conservatives resent.
This unstable political compound is now dissolving in the US, and also in Britain, where Prime Minister Theresa May’s government is divided between ideological nationalists and economic liberals. If the US election on November 8 confirms Trump’s failure to bind social conservatives and economic liberals into a winning coalition, similar disintegration is likely among European populists, too.
In that case, the Brexit vote will begin to look like an aberration – not the start of a powerful new trend toward nationalism, protectionism, and de-globalization, but the end of a backlash against modernity by an unstable alliance of social authoritarians and laissez faire market liberals. It will be the last gasp of an aging generation that tried to impose its nostalgic parochialism on an increasingly cosmopolitan younger generation, but succeeded in only one unfortunate country. - Project Syndicate