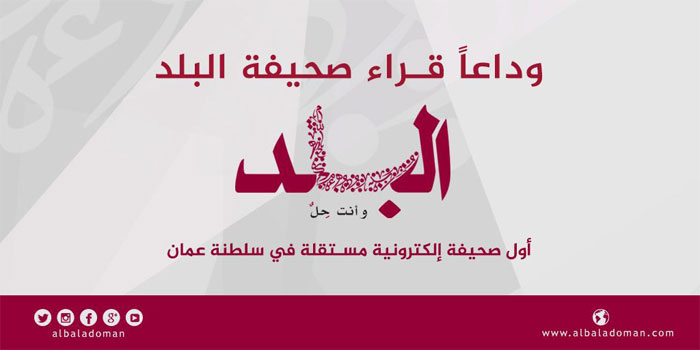 Muscat: Al Balad, the first independent electronic newspaper in Oman closed its doors today.
In his farewell letter, editor Turki Al Balushi, cited the decision to be “the hardest since the newspaper started”.
Coinciding with Press Freedom Day, Al Balad was launched on May 7, 2012 by a group of Omani journalists, and has closed after four years and five months.
During this period, the local daily said it received more than 3,300,000 views.
“The digital paper overcame the lack of financial resources thanks to its youth and their ideas,” Al Balushi said, adding that Al Balad hired and trained at least 80 people during its four years.
He explained that the decision was made by the administration team.
“We are taking this closure decision without being pressured by anyone,” Al Balushi said, while apologising to the readers.