Why the fight against fake goods is important to economic growth 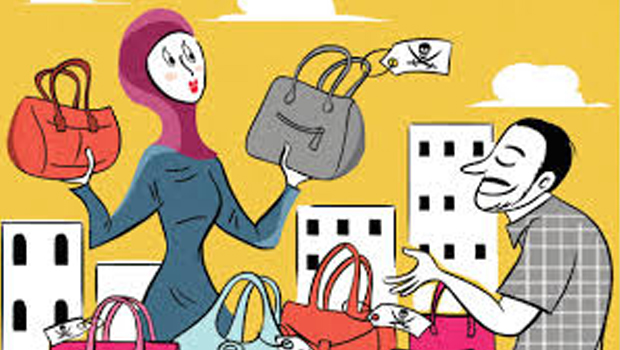 The demand for fake goods in Oman is not falling despite stark government warnings regarding their safety and connection to organised crimes.
In 2001, Oman passed a law to protect the copyright of Intellectual Property (IP) but 15 years on many small businesses still sale counterfeit goods. The authorities in Oman conduct an annual campaign to fight against the trade of duplicate items such as car spare parts, luxury clothing, mobile phones and building materials.
Random raids
Last year, a counterfeit agency seized fake watches, medical equipment, medicine, fabrics and glasses worth more than OMR2 million in different parts of Oman in random raids. Most of these fake goods are imported but there is evidence that the majority of them do not come through the legal channels such as the airports, seaports and border crossings. They get smuggled through the sea, mainly in the northern peninsula of Musandam where policing has proved to be a challenge for the authorities over the years.
The records of the Royal Oman Police (ROP) show that nearly 70 percent of all fires in both domestic houses and commercial buildings are caused by electrical faults. Warnings from the Ministry of Commerce never to use fake electrical switches and wirings are unheeded, mainly by contractors who are looking to inflate their profits by cutting down their costs.
The police also have hard time to convince car owners not to use counterfeit spare parts such as brakes and tires. Oman has one of the highest rates of road accidents and it is no coincidence that fake parts contribute to some of them.
Loss of revenues
Who is to blame for this thriving illegal trade that can cost lives and loss of revenues to legitimate businesses that hold IP rights? Greed of small traders is among the culprits, who are looking to make quick money. Customers who want to save costs also contribute to this highly profitable but illegal business. Perhaps even the slackness of the authorities who don’t tighten up the net of vigilance in the borders or the sea. Among casualties, apart from the users who lose their lives, is the economy.
There is no statistics to show how much money is lost from the loss of revenues in taxation from counterfeit businesses but it must be significant.
Net of taxation
Fake goods cost only a fraction of the original items. They are also sold above the net of taxation because they are not registered in the import license.
Perhaps a new legislative process is needed to be enacted to improve the existing one by closing loopholes. Such action will increase the confidence of brand owners knowing that more is being done to protect the copyright of their products. Some brand owners have almost given up reporting the incidents because the present legal system is unclear to them. At the same time, consumers are not encouraged to report counterfeit items if they see them on the shelves.
Hotline
There should be a hotline for fake goods and made available in every shopping mall. The full visibility of this campaign would discourage the would-be offenders and the existing ones drop the practice.
This way, spotting and reporting a counterfeit will be much more efficient and effective than the current structure. Holders of IP rights have other concerns.
They feel that the levels of penalties imposed to the majority of the infringements are not adequate or sometimes not enforced at all.
To deter future offences, authorities must name and shame the offenders publicly.
It would help boost the confidence of both the brand owners and consumers, not to mention strengthening the campaign again trafficking of fake goods.
The government must also empower counterfeit goods inspectors with the power of starting criminal procedures to offenders and not just seizing and destroying the goods. The same should be extended to brand owners if they can prove their IP rights are being violated by counterfeit traders. Beefing up anti-piracy laws is not just a legal procedure but protects the national growth and the reputation of the country in legitimate retail trading.