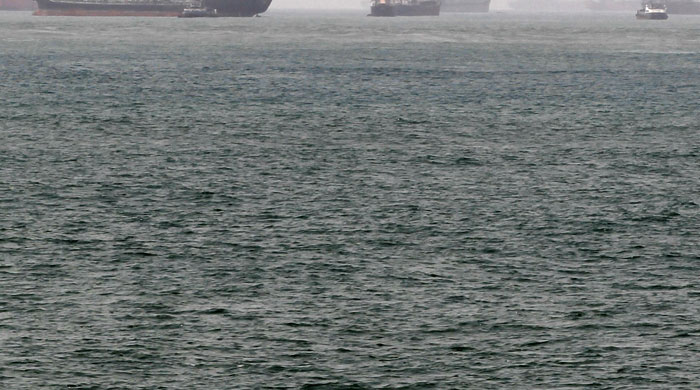 London: Unknown assailants attacked a gas tanker off the coast of Yemen close to the Bab Al Mandab waterway in the latest flare up in an area through which much of the world's oil passes, shipping and security officials said on Wednesday. The incident, the first attack on a commercial ship since July, followed missile attacks in recent weeks on military craft, including US navy vessels, which were launched from Yemen that had already raised risks for merchant shipping. Shipping group Teekay said its LNG (liquefied natural gas) tanker Galicia Spirit "experienced a suspected piracy attack whilst off the coast of Yemen" on October 25. "No third parties managed to board the vessel during the incident and all crew members are safe and have been accounted for," Teekay said in a statement. "As a precaution, the vessel had a Djibouti warship in attendance when heading away from the area. She has now left the high risk area without any further issues," it added without further details. Maritime security sources said the incident occurred near Perim Island, which is about 14km from the southern Yemeni coast and the site of a lighthouse for ships passing through the Bab Al Mandab. British maritime security firm MAST said a small vessel had approached the tanker and fired a rocket propelled grenade (RPG). "MAST understands that the vessel had no armed security team on board, and that the vessel sustained small arms fire as well as the RPG," it said. "It is unclear whether this is a terrorist attack or piracy." The Royal Navy's UK Maritime Trade Operation said in a circular to mariners and seen by Reuters that the incident was still being investigated "as is the alleged use of RPG". The UK Maritime Component Command, responsible for Royal Navy activity in the Middle East, said in a statement on Wednesday "details are still emerging as to the exact nature of the incident event and investigations are still on-going". While shipping companies have yet to divert ships, the stakes are high given nearly four million barrels of oil are shipped daily to Europe, the United States and Asia via the Bab Al Mandab as well as other commercial goods. Yemen's civil war continues to escalate, pitting the Houthi movement, backed by troops loyal to former president Ali Abdullah Saleh, against the internationally recognised government of Abd Rabbu Mansour Al Hadi, backed by Saudi Arabia. The United States carried out cruise missile strikes on October 15 against radar sites in Houthi controlled areas of Yemen after two confirmed attempts to hit US Navy destroyer USS Mason with coastal cruise missiles close to the Bab Al Mandab. The Houthi movement has denied firing on the USS Mason. The Houthis have confirmed a separate earlier attack on a United Arab Emirates vessel in the area. "While small boats were implicated in these military attacks, there is no evidence that they are connected with this latest incident," said Michael Edey, head of operations with British security firm Dryad Maritime. "I would suggest that this attack was by locals from southern Yemen rather than the Houthis."