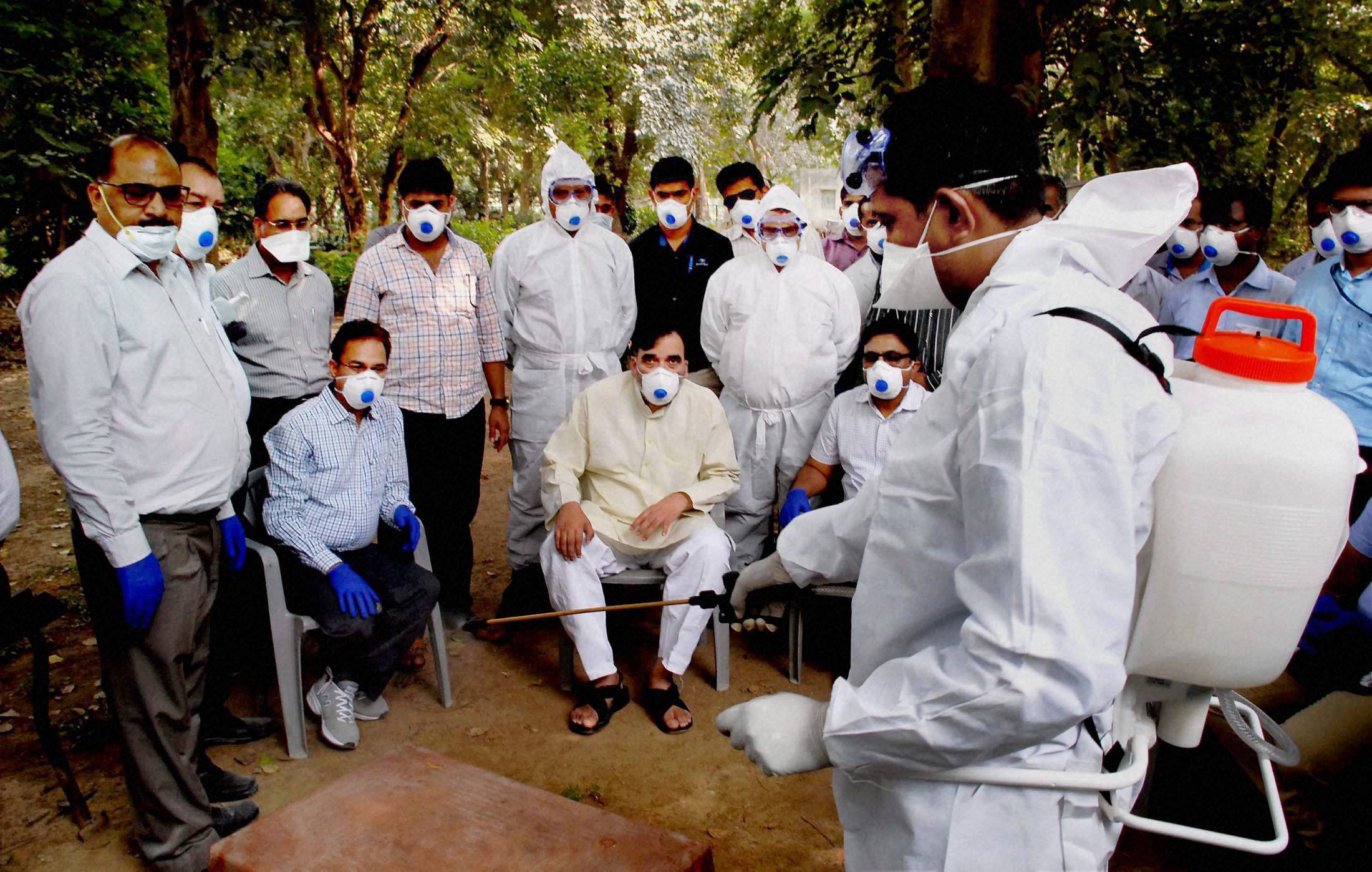 New Delhi: In the wake of bird flu scare in Delhi and other parts, the Centre on Wednesday set up a high-level committee to monitor the situation and help state governments take steps to contain the disease. A control room (with telephone numbers 011-23384190 and 09448324121) has been set up in the Department of Animal Husbandry, Union Agriculture Ministry to provide advice and help round-the-clock.
As per available reports from other states, the disease incidence was in control, the ministry said and noted that full support was being provided to the Delhi government in this regard.
Avian influenza, commonly called bird flu, is an infectious viral disease of birds. Most avian influenza viruses do not infect humans but some of them can cause serious infections in people. Birds in Delhi, Madhya Pradesh and Kerala have tested positive for avian influenza AH5N8, which according to the World Health Organisation (WHO) is considered "less risky" of being transmitted to humans.
But, the government is taking no chances. "The Centre has constituted a committee headed by Joint Commissioner, Department of Animal Husbandry, Dairy and Fisheries (DADF) to maintain a constant vigil on the situation arising out of avian influenza (H5N8)," the Union Agriculture Ministry said in a statement.
Besides monitoring the situation, the committee will assist the state governments in taking steps to contain the spread of avian influenza, it said. The committee will have representatives from Ministry of Health, Ministry of Environment, Forests and Climate Change, Department of Agriculture Research and Extension (DARE) and the Delhi government, it added.
National Institute of High Security Animal Diseases (NIHSAD), Indian Veterinary Research Institute and four regional laboratories have been directed to give assistance to the state governments and get samples tested in an emergency response manner, the statement said.
On the bird flu situation in Delhi, the Centre said it was providing full support to the state government to contain and control the disease incidence. Daily meetings were being held to advise the state governments in case of an emergency. No further test results were presently required by the Delhi government to continue with its bio-security measures for implementing the National Action Plan for Control and Containment of the Avian Influenza, 2015 guidelines, it added.
The Centre further said that an advisory has already been issued to state governments asking them to minimise bird-human interface to prevent an outbreak of bird flu. The states have been asked to maintain cleanliness in zoological parks housing wild birds, water bodies as well as meat/poultry market areas where meat is sold.
"Necessary precautions for human beings coming in contact with poultry have also been reinforced, although as per WHO observations, the transmission of H5N8 virus is very low," the government said. The states have been directed to keep a close watch on bird sanctuaries and areas with lakes.