Explore The 4 Legends of Diwali 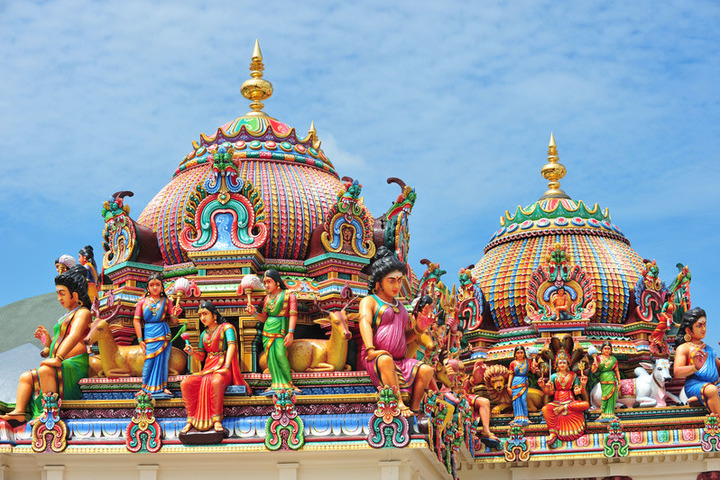 In Oman we live in a mixed culture where people from different ethnicities and nationalities co-exist with love and peace. In fact, I even see inter-community mingling, which I find super cute, wherein people of one community celebrate the festivals of another community and get involved in it completely without even knowing what they’re rejoicing about. Sometimes, I also notice how western expats find it weird when the majority (and loud) Indian community in Oman celebrate their festivals openly as they don’t understand what on earth is happening and what all the bling, hustle, and bustle are about.

With Diwali quickly approaching I’m expecting to see the same puzzled looks on the faces of non-South Asian expatriates in Oman very soon. But, in anticipation of the holiday, we decided it was the perfect time to lay out the story behind Diwali for anyone, Western, Arab, or even Indian, who might not know. It should be said that India is a vast country with a huge population and tons of cultural diversity and, as such, there isn’t a single story that governs the legend of Diwali. Instead we have many stories from all kinds of ancient religious scripts to explain the celebration. In every Diwali legend, one thing remains the same, the festival of lights is a remembrance of goodness, heroics, love, and homecoming. In short, it is a celebration of light over darkness. —[email protected]

Legend 1: Rama Returns
Ramayana, the legendary book written by Valmiki, explains why Diwali is celebrated by a good number of people across India, thanks to the story of Rama.

Dasharatha, the king of Ayodhya, had three wives and four sons, of whom Rama was the eldest. The boy was considered by the entire kingdom to be the most ideal man alive and he was married to the beautiful Sita, who was the neighbouring ruler’s daughter.

When it was time for King Dasharatha to choose his successor for the throne, he unwillingly had to choose his son Bharat, from his second wife Queen Kaikeyi, because of an oath he had made to the queen years before. He also had to send Rama into exile in the forest for 14 years. Rama’s brother Lakshman and wife Sita joined him in the forest.

One day, a demon forest princess tried to seduce Rama, but he and his brother ended up wounding the evil princess, who turned out to be the sister of the ten-headed ruler of Lanka, Ravana. The angry ruler formulated a plan to abduct Sita in revenge, and also because he had heard tales of her mesmerising beauty.

What followed was a quest for Rama and Lakshmana to find Sita and bring her back home safely. Hanuman, an ardent devotee of Rama, along with his monkey army, helped Rama win his battle with Ravana and rescue Sita.

The entire kingdom was ecstatic when the two brothers and Sita returned back to Ayodhya. To celebrate his homecoming the people lit their houses with earthen lamps, burst crackers, and decorated the entire kingdom.

Diwali is also known as “deepavali” or “rows of lamps” and each year Indians celebrate the hero Rama’s return to his kingdom, and the triumph of good over evil, during this festival of lights.

Legend 2: The Battle of lord Vishnu and the Demon Narakasura
In this story of the triumph of good over evil, Narakasura, a demon king who had terrorised his entire kingdom and was infamous among his subjects for his bad deeds, was destroyed by Lord Vishnu. Upon his defeat, Lord Vishnu released thousands of women who had been kept under his captivity. Everyone in the kingdom rejoiced and celebrated his victory, a practice that continues to this day.

legend 3: The marriage of Lakshmi
According to Hindu mythology, centuries ago all deities and demons were mortals, but obviously, they all wanted to live forever. When they got to know that amrita, the nectar of immortality, lay in the ocean, they decided to churn the entire sea in search of it, with the demons on one side and deities on the other. This event, considered iconic in the Hindu scriptures, was called Samudra Manthan and among the various divine things that came out of it was the beautiful deity Lakshmi, daughter of the Ocean King.

Lord Vishnu decided to marry her on the very same day and to celebrate the incarnation of Lakshmi and her marriage to Vishnu, lamps were illuminated and used to decorate entire cities.
In remembrance of this, Hindus offer prayers to Lakshmi, the deity of wealth, during the Diwali festival.

Legend 4: Welcome home Pandavas
There are two very important scriptures that narrate various stories that make up an important part of Hindu mythology. While Ramayana has stories about Rama, Mahabharata has stories about the Pandavas, Kauravas, and others. In the epic tale of Mahabharat, the Pandavas loose in a game of dice and are sent to the forest in exile for 13 years by the Kauravas. They returned to their kingdom on the day of Kartik Amavasya of the Hindu calendar. The people of the kingdom, in order to celebrate their return, lit lamps and decorated houses all over the city. Since that day people across India are seen doing the same in order to celebrate the return of their beloved Pandava brothers.