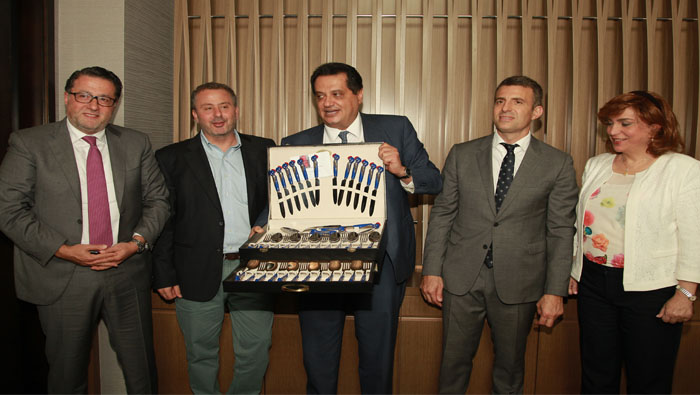 Muscat: Bank of Beirut celebrated the Lebanese Week at the Oman Convention and Exhibition Center in Muscat from October 21 to 23.
The event was specifically aimed at connecting businesses from Oman and Lebanon in order to improve the overall economic ties between both countries. The event directly correlates with the position of Bank of Beirut being ‘Banking beyond borders’
“Bank of Beirut initiates and supports such events in line with our responsibility towards playing a strategic role in strengthening business and social relationships between Lebanon and the Sultanate. We aim to continue pursuing this strategy into the future for growth, and prosperity for the two countries,” said Ramy Zambarakji, chief executive officer of the bank in Oman.
More than 85 companies participated in the exhibition from Lebanon, from a diverse range of business sectors, such as industry, services, tourism, Lebanese cuisine, real estate and investments.
The stall established a powerful platform that fostered personalised interaction between Lebanese exhibitors and the Omani business community. Bank of Beirut has helped through its stall in connecting the people and the businesses from both countries who have exchanged ideas and potential deals which will lead to stronger trading and economic ties.
The main highlights at the stall included several exciting activities in which visitors had a chance to win many valuable gifts. The Sultanate’s leading FM radio channel Al Wisal, conducted a live broadcast for Arabic listeners from Bank of Beirut’s stall at the Lebanese week on October 23. Similarly, a live broadcast was also conducted for English listeners on the Sultanate’s leading English radio channel, Merge 104.8 FM, on October 24.
Under the auspices of Houssam Diab, the ambassador of Lebanon to Oman, Bank of Beirut also organised a special lunch on October 24 at the Hormuz Grand Hotel, Muscat for the exhibitors, the Chamber of Commerce of Lebanon and the Oman Chamber of Commerce and Industry for further exchange of views between event participants and organisers.