Schools in Oman to prepare students for crisis situations 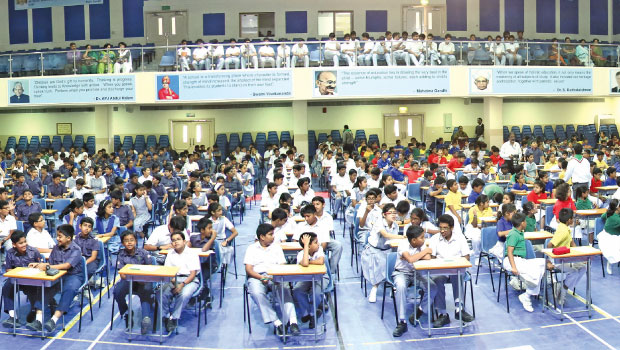 Muscat: Crisis management teams have been set up by Indian and Pakistan schools in Oman to ensure safety of close to 45,000 students, following the recent death of a Pakistan School student in a road accident.
Ataullah Niazi, senior principal of Pakistan Schools in Oman, said the crisis management team will prepare the students so that they don’t get scared and respond adequately to the situation if anything untoward happens.
“It is not okay to start figuring out who ought to do what in the middle of a crisis. At that moment, everyone involved—from top to bottom—should know what to do,” he told Times of Oman.
The crisis management team was formed this week with five staff members, including two female teachers at each school. “The team will look after all problems, including natural disasters, fires, crashes, medical emergencies etc. where senior students of the school will also help,” he said.
The team was formed after 14-year-old Pakistan School Muscat (PSM) student Zafeer died after being hit by a car near the Hamriya roundabout last Sunday.
Wilson George, chairman, Board of Directors, Indian Schools in Oman, said a task force comprising of Health Safety and Environment (HSE) professionals has been formed to safeguard around 40,000 students. “Our safety and security of students covers students within the campus and during transportation to and from the school,” he said.
Health, safety and environmental audits of the schools are now being conducted. “The Transport Safety Core Committee was formed at the board level to look into specific issues of student transportation safety,” he added.
Besides, a school monitored safe transport system is also being run in accordance with safety specifications at Indian Schools. “Three schools are now running the safe transport system and preparations are ongoing in another three schools,” George said.
The safety team has developed safety guidelines for hiring of vehicles. “The schools started forming HSE clubs for the promotion of a safety culture among the students and teachers and safety awareness classes have been conducted in schools on home safety, vehicle safety etc,” he added.