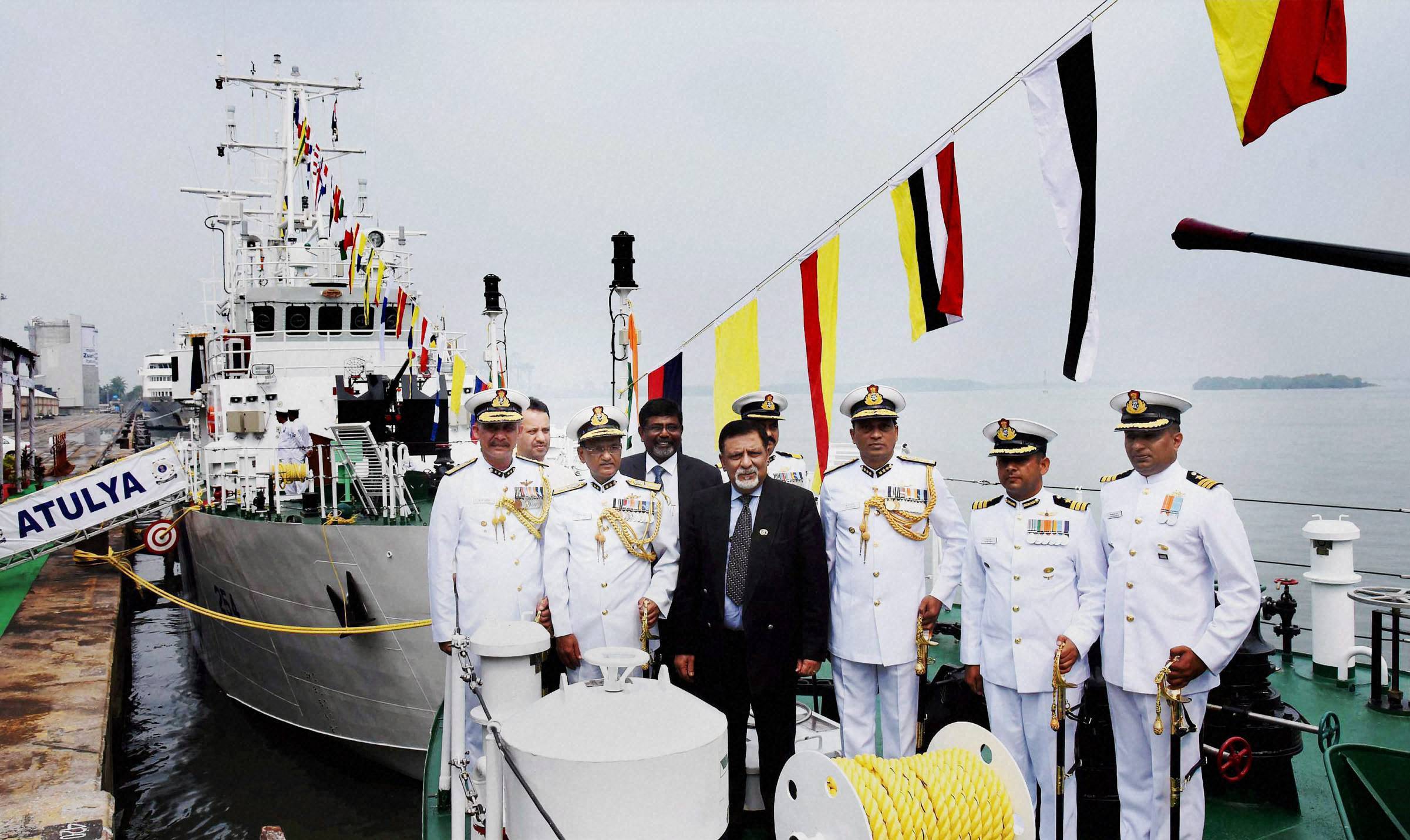 Kochi: Two Coast Guard Ships - Aryaman and Atulya - were commissioned into the servie here on Friday The vessels were commissioned by Sunil Kumar Kohli, Financial Advisor to the Defence Services in the presence of Additional Director General K Natarajan, Coast Guard Commander (Western Seaboard).
Indian Coast Guard Ships (ICGS) Aryaman and Atulya have been designed and built by Cochin Shipyard Limited. Aryaman is 18th and Atulya is 19th in the series of 20 Fast Patrol Vessel.
Aryaman, literally meaning 'possessor of greatness', will be based at Kochi under the administrative control of the commander, Coast Guard Region (West).
Atulya, meaning "unrivalled", will be based at Visakhapatnam under the administrative control of the commander, Coast Guard Region (East), a release said.
The 50 metre indigenous FPVs displace 317 tonnes and can achieve a maximum speed of 33 knots with range of 1,500 nautical miles at an economical speed of 13 knots.
Equipped with state-of-the-art weaponry, advanced communication and navigational equipment, the ships are ideal platform for undertaking multifarious close-coast missions such as surveillance, search and rescue and interdiction.
The special features of the ships include an Integrated Bridge Management System (IBMS) and Integrated Machinery Control System (IMCS).
Kohli, in his address during the commissioning ceremony, termed the FPVs as the workhorses of the Coast Guard. The chief guest also dwelt on the fast paced development of the Indian Coast Guard and acknowledged its efforts in meeting emerging security challenges in the maritime domain.
Indian Coast Guard will be a 150 ships/boats and 100 aircraft strong maritime force in next few years, he said.
ICGS Aryaman is commanded by Commandant Neeraj Singh and ICGS Atulya by Commandant(JG) Shivprasad. The ships have a complement of 5 officers and 33 enrolled personnel each. The ceremony was also attended by Inspector General V. S. Pathania, Commander Coast Guard Region (West), senior officers of the Indian Navy and dignitaries from the armed forces, central and state governments.