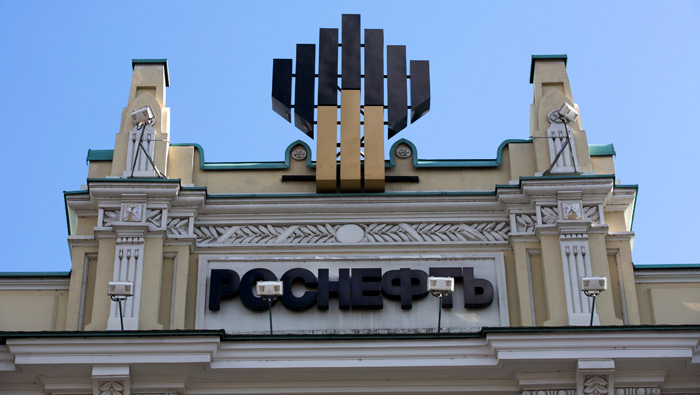 Moscow: Two years ago, the Kremlin’s oil flagship was foundering, hit by falling prices and international sanctions just as it faced $20 billion in debt payments.
Short of cash, Rosneft got about $15 billion of emergency aid with help from the central bank. But the deal spooked investors, requiring a massive rate increase to stem market turmoil. Chief executive officer Igor Sechin, the man Vladimir Putin had for a decade relied on to build Rosneft into a giant, faced rare disfavour from his patron, senior officials said at the time.
Now, Putin is turning to Rosneft for help. Sechin’s energy colossus is helping fill a yawning budget gap at home and support the Kremlin abroad. The company’s turnaround is a triumph for the Russian President, who vowed to protect the pillars of his state-dominated system from United States and European Union pressure when they were slapped with sanctions two years ago.
Russia is among dozens of petro-states that are learning to make do with less as oil prices show no signs of major recovery. For some, like Saudi Arabia, the rout has provided an added impetus for economic overhauls, while others — including Putin’s Russia — the priority has been to paper over cracks with short-term fixes that don’t reduce their reliance on petroleum.
"It’s very important to the Kremlin that Rosneft is a strong company,” said James Henderson, a former banker who is now a senior research fellow at the Oxford Institute for Energy Studies. "Russia’s foreign policy as much as domestic policy relies on it.”
Shopping spree
Just last week, Rosneft spent 330 billion roubles ($5 billion) to buy control of another oil company from the government, the biggest privatisation deal yet this year. Then Putin backed a plan under which Rosneft could provide an even bigger cash infusion, spending as much as $11 billion to buy a chunk of its own shares from the government.
On Octoner 15, it announced a deal to buy a big refinery and other assets in India, under which it will pay $3.5 billion for a 49 per cent stake. Putin presided over the signing of that agreement on a visit to Indian state of Goa, confirming that Rosneft remains a favoured Kremlin tool for binding political ties with business links.
Even Putin seemed surprised at Rosneft’s recovery. At a meeting with budget officials, he said he’d "instructed the appropriate agencies to check that Rosneft had the funds on its accounts” and wouldn’t need to borrow to make the payments to the government.
The Kremlin, too, has managed to weather the worst of the pain so far, thanks to billions in petrodollars saved up when oil prices were high, the sharp devaluation of the ruble and help from China and other friends outside the West.
His economy steadying, Putin shows no sign of softening his confrontational approach to the US and Europe. He’s pushing his advantage in Syria, moving new missiles to Europe’s borders and, according to US intelligence, deploying hackers to meddle in the presidential elections.
The key to Rosneft’s turnaround — even as oil prices have languished — was a combination of financial engineering, the weakened ruble, political support and a little help from some friends: billions of dollars in advance payments from buyers in China. Rosneft’s cash pile stood at more than $22 billion at the end of the second quarter, almost double what it had early last year.
Once an also-ran made up of the scraps of the Soviet oil industry that the 1990s oligarchs didn’t want, Rosneft’s fortunes turned as Putin moved to restore Kremlin control of the strategic sector in the early 2000s. He installed fellow intelligence veteran Sechin to lead the company in 2004. Rosneft took over the bulk of Yukos, a company the government seized from Putin critic Mikhail Khodorkovsky.
In 2013 Rosneft became the largest publicly traded oil producer on the planet when it purchased TNK-BP, a venture of the British company and a trio of Russian billionaires, for more than $50 billion. It borrowed more than $30 billion for that deal, one of the largest-ever financings by a Russian company.