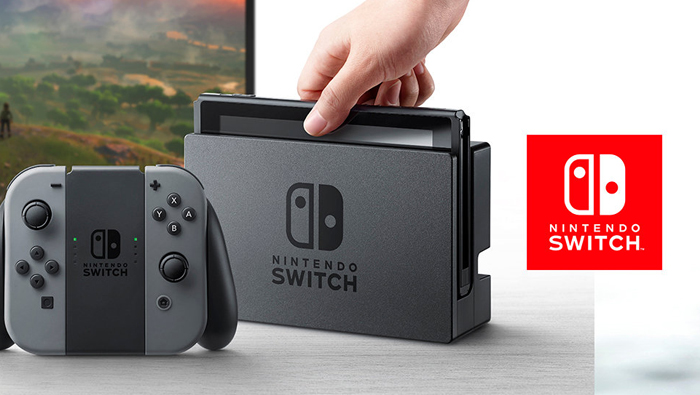 Tokyo: Nintendo’s big idea for the next gaming trend is one machine that works equally well as a mobile gadget as it does on a big TV screen. So far, few are impressed.
A highly-anticipated trailer released on Thursday for the device, called Switch, failed to excite investors or gamers after months of speculation that the Kyoto-based company would come up a fresh twist on video games, like it did with the motion-based Wii in 2006.
"I love the concept of Switch, but that’s what it feels like: a concept,” said Elliot King, 33, who works in foreign affairs and lives in Tokyo. "I won’t be picking one up personally.”
His reaction offers a hint as to why Nintendo’s stock slumped 6.6 per cent on Friday, wiping out $2.4 billion in market value. After teasing investors for more than a year with a promise of "a whole new way to experience hardware and software together,” the Switch was a big let down, said Amir Anvarzadeh, Singapore-based head of Japanese equity sales at BGC Partners Inc.
"In an era of smart devices where you can play games anywhere, I don’t think conceptually it is evolutionary enough,” Anvarzadeh said. "The fact you can plug it in at home and take it away and play, so what? We were expecting a little bit more of Nintendo magic sprinkled, and I didn’t see it. The market is right about selling it off.”
Friday’s plunge was even worse than the market’s reaction to the Wii U console, which came out after the Wii and was itself an attempt to combine the experience of playing on a big screen and a handheld device. Nintendo shares dropped 5 per cent on June 8, 2011, a day after the company unveiled the Wii U at a gaming conference. So far, Nintendo has sold 13 million Wii U units as of June, less than a third of the 40 million sales of Sony’s PlayStation 4s and a fraction of the 101 million the original Wii sold.
Thursday’s video focused squarely on the millennial demographic, young adults in their late 20s and early 30s. This suggests a departure from Nintendo’s mission of making games for the whole family. The difference is particularly clear when compared with a video introducing the Wii more than a decade ago, which features grandparents playing along with kids. The company is trying to carve out a niche between casual smartphone gamers and more hard-core console users.
The Switch’s portable feature also puts it at odds with Nintendo’s recent embrace of smartphones. After years of ignoring pleas from fans and investors to bring its games to mobile phones, the company is planning to release Super Mario Run for Apple’s devices in December. The release follows this summer’s wildly successful Pokemon Go, which was developed by San Francisco-based Niantic with Nintendo’s help.
Investors have cheered the shift to mobile, sending Nintendo shares in Tokyo up more than 60 percent this year through Thursday’s close. Nintendo is also planning to release mobile titles for its Animal Crossing and Fire Emblem franchises by March.
Still, Nintendo’s slow embrace of smartphones has already left its fans drifting to mobile games from other game publishers. That includes Rob Glover, a systems engineer from Michigan who loved playing Nintendo’s Zelda and Wii Sports, but has since moved on to mobile titles such as Clash of Clans and Tiny Tower. For now, he says he’ll withhold judgment about the Switch until he sees more about its content.
"It really depends on the games,” said Glover. "Let’s see what kind of content Nintendo comes out with, but just the gimmicky crossover system isn’t enough to get me excited.”