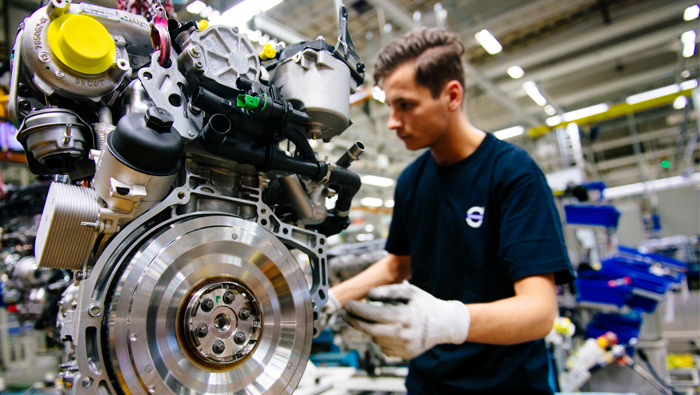 Munich: Volvo’s third-quarter operating profit fell 4.7 per cent as a downturn in United States heavy-truck demand outweighed a programme to reduce costs.
Adjusted earnings before interest and taxes decreased to 4.85 billion kronor ($545 million) from 5.09 billion kronor a year earlier, the Gothenburg, Sweden-based manufacturer said on Friday in a statement. Revenue dropped 6.1 per cent to 68.8 billion kronor and missed the 69.5 billion-krona average of 12 analyst estimates.
An industrywide contraction in truck orders in North America, where Volvo owns the Mack brand, prompted the Swedish company to cut production and lower full-year sales expectations for the region. The downturn follows a jump in demand last year and has led other truckmakers to scale back forecasts for 2016, including global leader Daimler AG, which on Friday reported a 40 percent truck sales drop in the region.
"We will continue to make sure we have strong discipline” to confront the market contraction, and the company is also working to increase its servicing business in the region, Chief Executive Officer Martin Lundstedt said at a press conference.
Shrinking markets
The Swedish company’s deliveries in North America plunged 46 per cent in the quarter, and truck orders in the region dropped 37 per cent, the Swedish company said. Its European vehicle sales increased 11 percent while orders rose 6 per cent.
The manufacturer is predicting both markets will shrink next year. While South American sales fell 21 per cent, orders there jumped 36 per cent, pushed by markets outside Brazil, and Lundstedt said demand in the region seems to be stabilising.
Volvo is completing a reorganization targeted at reducing annual spending this year by 10 billion kronor from 2012 levels. The adjusted operating-profit figure excludes a 190 million-krona provision for a European Union antitrust settlement. Earnings were also pushed down in part by the absence of profit from Volvo’s former information-technology unit that was sold to HCL Technologies in April, chief financial officer Jan Gurander said at the press conference.
Third-quarter net income fell 16 per cent to 2.59 billion kronor. Operating cash flow from industrial operations amounted to 2.1 billion kronor versus a negative 3.3 billion kronor a year earlier.
While the cash-flow figure may encourage investors, "broader concerns relate to slowing end markets in trucks,” analysts at Goldman Sachs, including Stefan Burgstaller, wrote in a report to clients.