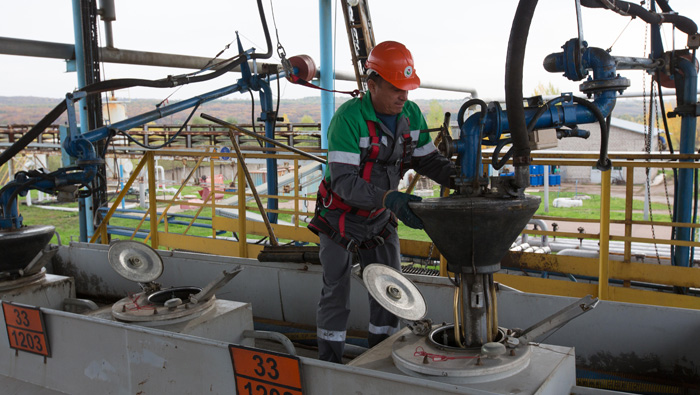 London: When the bosses of the world’s biggest oil companies were scheduled to gather in London on Tuesday, they might have the urge to track down the Saudi energy minister and shake him by the hand.
After two years pursuing a Saudi-led strategy to pump without limits, pummeling industry earnings, Organisation of Petroleum Exporting Countries (Opec) has unexpectedly come to the aid of the oil majors. Last month, it surprised the market by deciding to cut production and put a floor under volatile crude prices.
The question now is how soon they will resume drilling. Prices are near levels where many majors have said they can start investing again after billions of dollars of spending cuts and thousands of job losses sent discoveries to the lowest level in 70 years. In United States shale fields, explorers are already adding rigs, boosting oilfield work to the highest since February.
“After all the hell we’ve had, there should be a pick-up now,” said Danilo Onorino, a portfolio manager at Dogma Capital, which owns oil companies’ bonds. “The industry has been damaged in the past two years and things need to start improving.”
Saudi Arabia’s Energy Minister Khalid Al Falih has said getting explorers to start drilling again is one of the reasons behind the Opec deal. He’ll be joined at the Oil and Money conference by company bosses that include BP’s Bob Dudley, Rex Tillerson of Exxon Mobil and Chevron John Watson.
“He needs to convince everyone to start investing again else there is a big supply crisis coming,” Onorino said. “If prices remain at these levels for about six months, the industry’s spending should start moving higher.”
Oil’s slump has forced Saudi Arabia, Opec’s de facto leader, to cut fuel subsidies and even borrow money to finance its budget. Though the kingdom needs higher prices, it will be wary of a jump that could spur development of alternative energies and limit demand for its vast resources of crude.
While Brent has climbed as high as $53.73 a barrel since oil producers announced a preliminary deal in Algiers on September 28, prices remain at less than half their mid-2014 level. Still, if crude holds above $50, it may be enough to encourage spending by an industry made leaner by two years of cost cuts. The global benchmark added 0.6 per cent to $51.85 in Singapore.
Total, France’s largest oil company, is “almost happy” to see crude at $50 to $55, chief executive officer Patrick Pouyanne said in Istanbul on October 11. The CEO welcomed Opec’s decision to limit supply, saying that investment cuts in the industry had blocked new projects, threatening to cause an oil shortage by 2020.
Cost discipline
BP has said it will be able to balance cash flow with shareholder payouts and capital spending at $50 to $55 a barrel next year. The company is taking on more debt to maintain dividends and is keeping investments low, cutting to below $17 billion this year from $23 billion in 2014.
“We can’t lose our discipline on costs at any time, or let capital expenditure slide out of tight control,” BP’s Dudley said in a speech last week in Istanbul. In the past, “we have let costs drift up when prices are high, then cut back when prices fall.”
Opec’s policy of pumping at full throttle in spite of low prices to defend market share punished drillers. At the same time, it drove down operating expenses and compelled companies to find creative ways to save money. Because the majors have succeeded in pushing costs so low, they’re well-positioned to benefit if prices rise, said Iain Armstrong, a London-based analyst at Brewin Dolphin, which owns shares in both Shell and BP.
“Shareholders have been united in forcing cash conservation, project cancellations and the preservation of dividends,” said Alex Blein, a portfolio manager at Amundi, which manages more than $1 trillion of assets, including shares in Exxon and Chevron. “Higher prices will help cash generation and repair damaged balance sheets.”
For companies to start spending, the recent oil rally must be sustained. Even at the Opec meeting at Algiers, fractures within the group emerged that threaten to derail a final agreement on quotas, expected in Vienna on November 30. The deal, the first to cut output in eight years, will probably exempt some members, including Iran, Libya and Nigeria, which want to boost production after prolonged output disruptions.
“Opec’s apparent change in heart is a big surprise, and the market is naturally skeptical as Opec is notoriously non-compliant with its own targets,” Blein said. “What is interesting this time round is, firstly, the consistency of Saudi support for lower production and, secondly, their willingness to exclude Iran from the cuts.”
Shale returns
There’s also the question of whether any cut by Opec will be made irrelevant by a potential increase in non-Opec production. Russia, currently pumping at a record pace, hasn’t said whether its commitment is to an output cut or just a freeze. In any case, it hasn’t made good on previous pledges to cooperate with Opec.
In the US, the recent slide in output could quickly swing to growth as shale drillers, encouraged by higher prices, have increased the number of oil rigs for seven consecutive weeks to the highest level since February.
For now at least, the Opec deal means the specter of $30 or even $40 crude is gone, and the oil companies have emerged stronger from their ordeal, said Brewin Dolphin’s Armstrong. “These are profound changes that mean we need to be competitive in a way that’s different from the past,” BP’s Dudley said. “From now on, the challenge is to build — and sustain — businesses that are good through all cycles.”