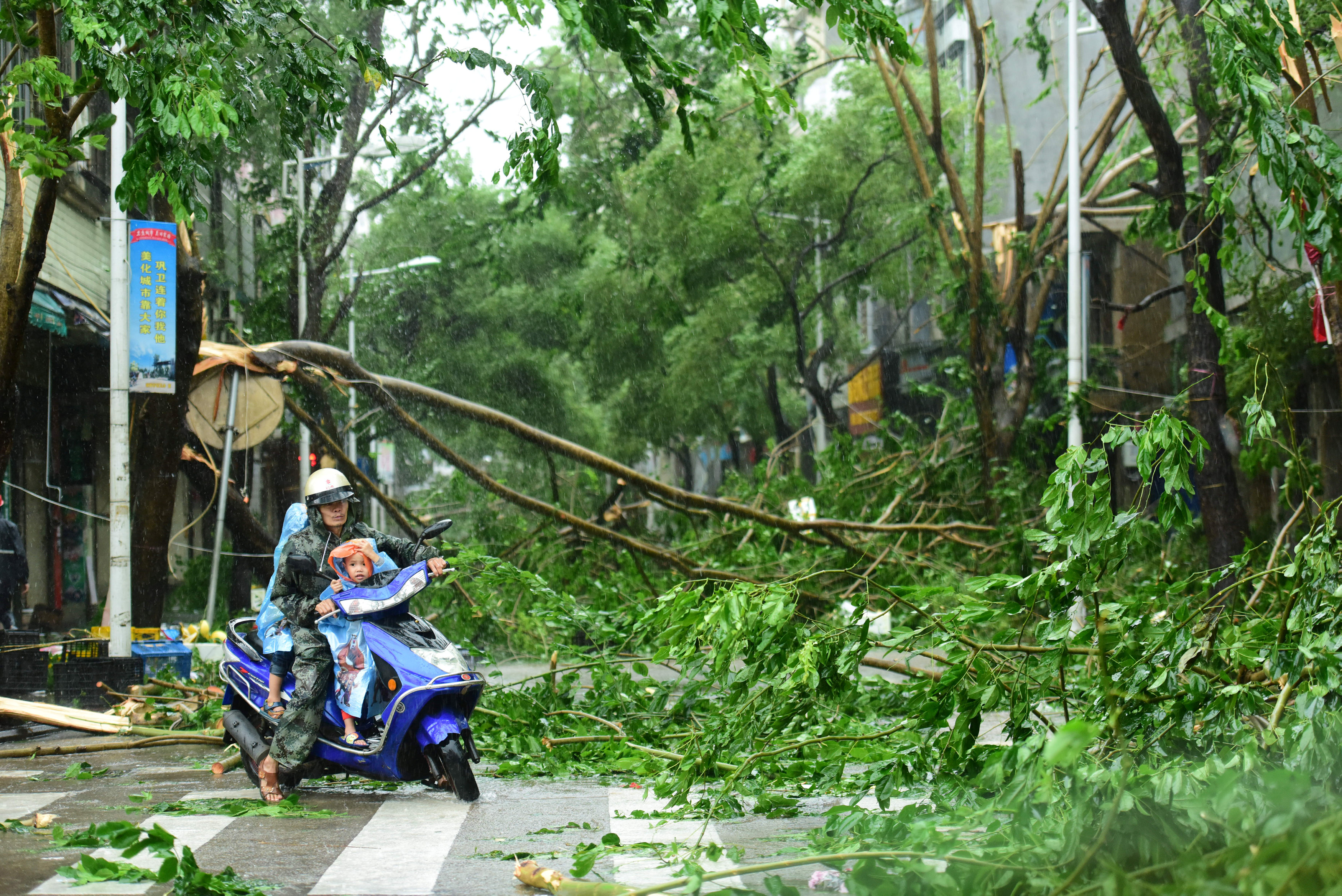 Beijing: Typhoon Sarika lashed China's Hainan province on Tuesday, with torrential rain and winds of up to 162 kilometres per hour (100 mph) forcing authorities on the southern island to shut schools and halt transport services.
Rail services were suspended on Monday and 250 flights were cancelled at the provincial capital Haikou's international airport, state news agency Xinhua said.
The provincial meteorological bureau expects losses from the typhoon to be "grave" as the storm was expected to be "the most powerful and destructive to land in Hainan in a decade", Xinhua said.
More than 13,700 residents in low-lying areas or unsafe houses have been evacuated, the news agency said.
Schools were shut in eight counties and tourist sites were closed to the public, it said.
Typhoons are common at this time of year, picking up strength as they cross warm Pacific waters and bringing fierce winds and rain when they reach land.