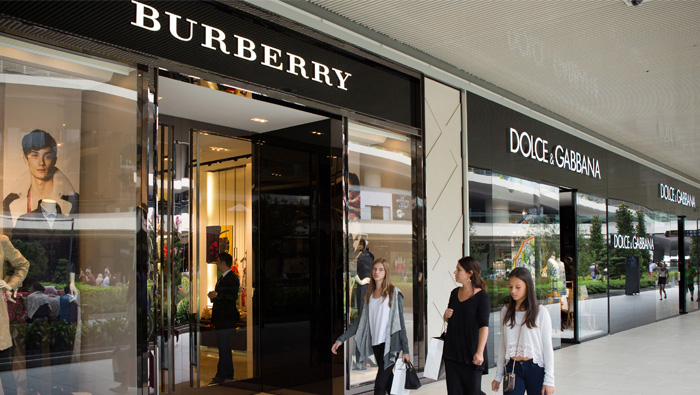 London: British luxury fashion label Burberry reported a better-than-expected rise in second-quarter retail sales after tourists flocked to its London stores to take advantage of the weaker pound, boosting sales in its home market by 30 per cent.
The company said positive trading in Europe and a "significant out performance in the UK" helped it generate a 2 per cent rise in comparable retail sales, its first growth in the measure for four quarters.
Burberry has been one of the best performing stocks since Britain voted to leave the European Union on June 23, helped by the weaker pound. Its shares are up 35 per cent, outperforming the FTSE 100 index by 24 per cent.
The company incurs about 40 per cent of its costs in Britain, where its makes its famous trench coats, but makes only about 10 per cent of its sales in its home market, with more than half of those coming from tourists, analysts estimate.
It said in July that the drop in the value of the pound, if sustained, would boost its adjusted profit for the year by about £90 million.
Total sales for the group fell 4 per cent on an underlying basis to £1.16 billion ($1.44 billion) in the six months to end-Sept, as its stores performance was dampened by a fall in wholesale and licensing revenues.
The group, which added actress Lily James to its list of models in the summer, has been working to improve the performance of its stores.
Christopher Bailey will relinquish the chief executive half of his role to Marco Gobbetti from Celine next year, while remaining chief creative officer and becoming president. He said the group was making progress in its self-improvement plan in a retail environment that remained ‘challenging’.
"We remain on track to deliver our financial goals," he said. Analysts were expecting a 1 per cent rise in second-quarter retail