For Democrats, winning a Senate majority also is crucial 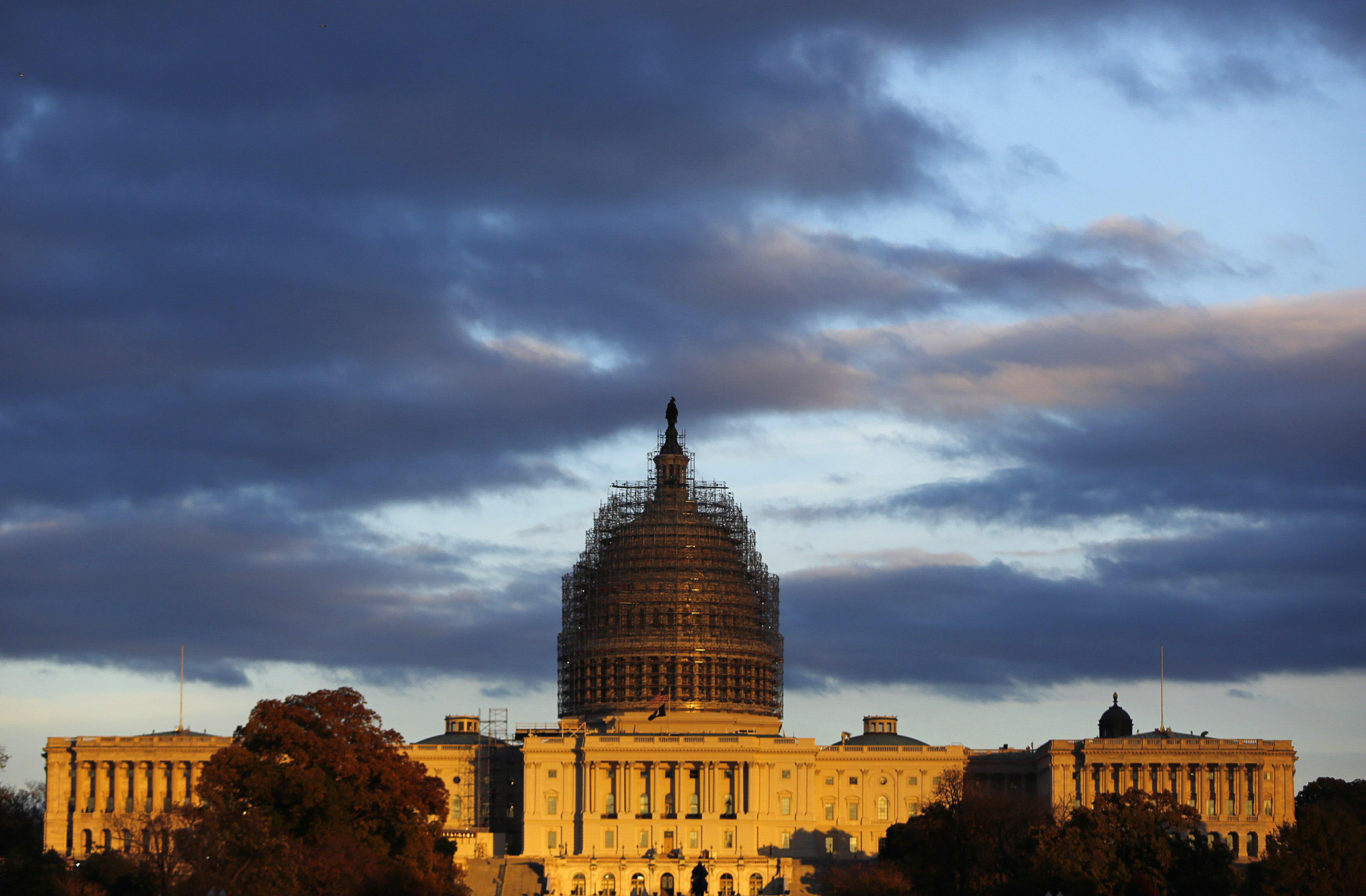 If, as polls are indicating, Hillary Clinton is the next US president -- the election forecaster Nate Silver says there's an 86 per cent chance -- her initial years in office will depend less on the size and shape of her victory than on which party controls the Senate.
Although the battle for control of the chamber, where Republicans currently have an advantage of 54 seats to 46, is pitched and close, some skeptics play down its significance: It takes 60 votes to pass substantive stuff in the Senate and neither party will be near that level. Moreover, Republicans likely will still control the House.
But Senate control is crucial, especially for a Clinton presidency: The majority sets the agenda, decides which issues are taken up and which inquires or investigations are begun. Also, scores of executive branch and judicial appointments are at stake, as well as the leverage for a Democratic president dealing with a Republican-run House.
A contemporary example: The stalled nomination of Judge Merrick Garland to the Supreme Court. The court needs a ninth member and Garland, who was nominated by President Barack Obama seven months ago, is eminently qualified. Yet Republicans, by refusing to even hold a hearing, have made filling court vacancies a non-issue in the current campaign.
The majority can decide what comes up and what doesn't. Under Leader Mitch McConnell, a Republican majority's aim would be to thwart the president. Issues such as an increase in the minimum wage, paid parental leave and more student aid would not see the light of day.
These agenda items would encounter resistance in the House, but action in the Senate, or even consideration, brings pressure on the other chamber.
The president and a Senate majority leader such as Chuck Schumer of New York, along with Democratic chairs, would bring up all those measures. Committee chairmen, not minority members, usually decide what hearings to hold and the inquiries to begin.
The fate of many appointments will be affected. In 2013, despite vehement Republican objections, the Democratic majority enacted the so-called "nuclear option," which allows judicial (other than the Supreme Court) and most executive nominees to be approved by a simple majority, rather than the 60-vote filibuster standard. Federal Reserve Chair Janet Yellen, Internal Revenue Service Commissioner John Koskinen and a number of judges have been confirmed since then with fewer than 60 votes. There are 93 federal district and appellate court vacancies today.
On money bills -- spending and to an extent taxes -- a president Clinton would have more leverage in dealing with a House Speaker Paul Ryan if she had a Senate majority on her side.
These stakes demonstrate why the Senate outcome may be the best drama of these final three weeks. The numbers are simple: There are 24 Republican-held seats in play, of which 16 seem safe, unless there is a bigger-than-expected Democratic wave that endangers incumbents such as Senator John McCain of Arizona. Two of the Republican seats are very likely to switch. There are only 10 Democratic seats in contention and only that of Minority Leader Harry Reid in Nevada (who is retiring) isn't safe.
Thus the battle is for seven seats: Nevada for Democrats, and for Republican incumbents, New Hampshire, Pennsylvania, North Carolina, Florida, Missouri and a Republican-held open seat in Indiana.
Republicans are counting on localising the contests with several strong incumbents, including Florida's Marco Rubio, who made the surprising decision to run for his old seat after his failed presidential run during which he expressed disdain for the Senate. More than $1 billion of outside money will pour into these races by Election Day, the majority of it for Republicans.
Democrats are banking on these races, which tend to break late with the national vote and where ticket splitting is less common. And there's the Donald Trump factor. In New Hampshire, the incumbent Republican senator, Kelly Ayotte, suggested in a debate that Trump might be a good role model for children. That was just a few days before the disclosure of the infamous video showing him making vulgar remarks about women and boasting about sexual assault. Last weekend, Joe Heck, a Republican congressman in Nevada running for the Senate, pulled his endorsement of his party's presidential nominee after the video surfaced. He's being hammered by Trump loyalists in the state.
Democrats realise they need to win more than a mere majority. In 2018, the tables will be reversed and the Democrats will have 25 seats at risk, compared with only eight Republicans, most of them safe. Even a short Senate honeymoon is essential for Democrats now. - Bloomberg View