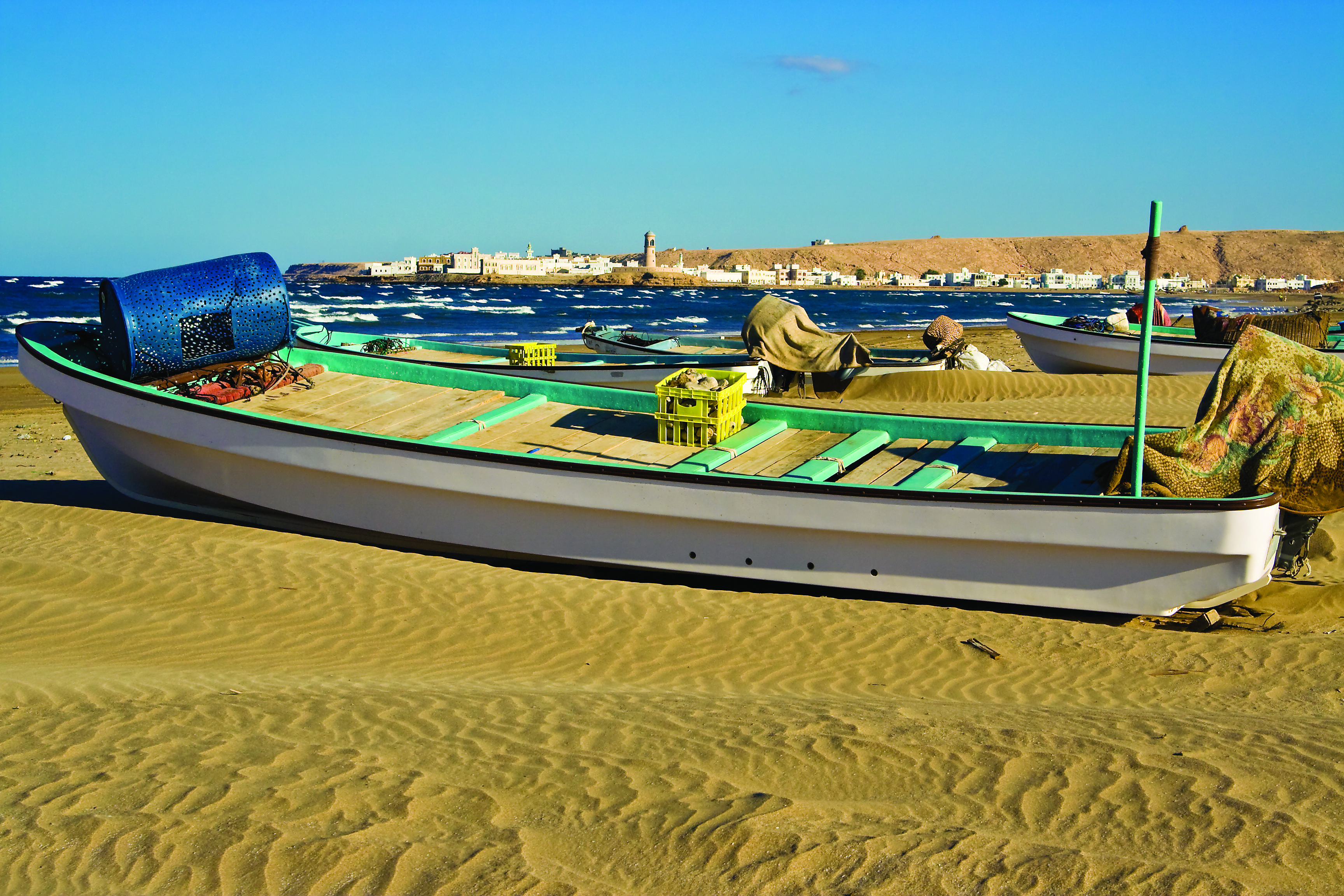 There isn’t a bond as strong as the one made between a man and his place; it has a great influence on his culture, behaviour, and most importantly his lifestyle. There are those who created a strong bond with the ocean ages ago, and lived by the sea, blessed with star-gazing moments and mingling with the fish while enjoying the raw, oceanic smell in the air.

Fishing and making fishing nets was once the main activity for those who lived by the coastal line, and until today, some parts of Oman such as Sur and Seeb continue to practice this and other traditional fishery professions. Ships manufacturing was another significant activity as Omanis used to build their boats using hand-carved wood. This activity has faded with the arrival of modern technology, aside from the dhow factories in Sur, which make the ships more for art than for seafaring.

Back in the day, living in coastal areas had more than just romantic or economic appeal, as it served as a crossroads for various cultures and ideas, thanks to maritime trade. Thus, the inhabitants of such areas were known for having an open, curious cultural and more worldly civilisation, thanks to the fact that they used to meet and mingle with people from around the globe. In those days of seafaring and adventure, the most important cultural centres were the numerous seaside cafes and restaurants, where traders would gather to share their news. Nowadays, residents still flock to such places, though more often to catch up with a friend over coffee than for an informal community meeting.

But the mentality of coastal residents, known for being open-minded, valuing strong leadership and teamwork, are still evident in the Omani fishermen and their families to this day. So, the coastal villages of Oman offer a different sort of lifestyle, with neighbours who still have a sense of community and curiosity, and views of the teeming sea that are nothing short of inspirational. —[email protected]

Great Coastal Areas to Live In:
• Seeb: Close and commutable to Muscat, but this area retains its traditional marine feel.
• Sur: Roughly two hours south of Muscat, Sur is quickly developing and growing. It features modern amenities like hypermarkets and cinemas, but with a laid-back, beachtown vibe.
• Sifa: 45 minutes south of Muscat, by land or by sea, there is a brand new community of luxury villas under construction around the Sifawy Resort in Jebel Sifah, right next door to the small, traditional fishing village.
• Muttrah: Though there are very few apartments to be found in this ancient area, that may soon change as investors buy up the old buildings and renovate them in hopes of cashing in on the new port improvement project that is sure to draw more tourists and residents to the most important coastal area in the capital. Thankfully, many of the original families of the traders still reside there, keeping the spirit of the place intact.