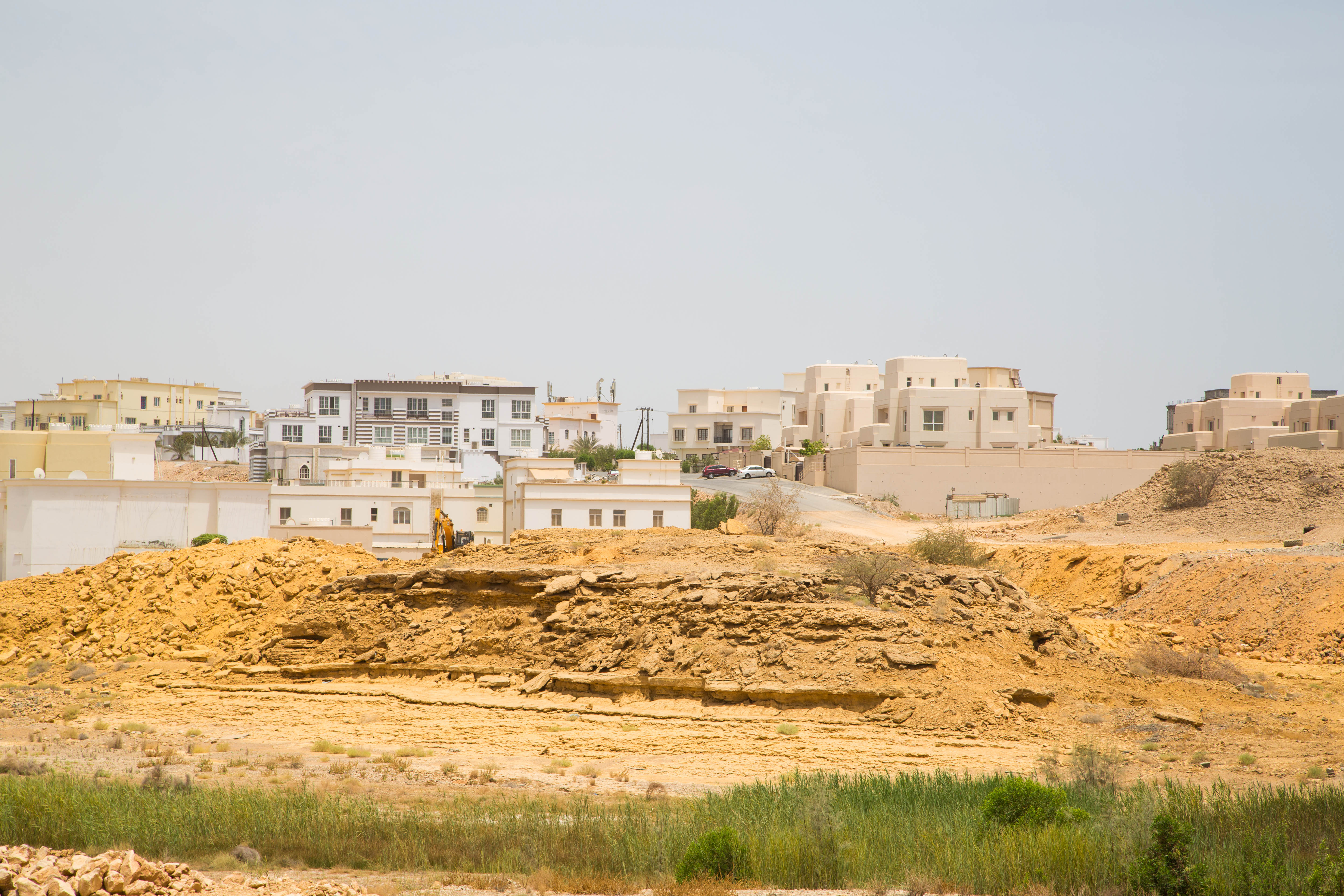 Al Ansab is divided into two areas: Old Al Ansab, which is located between Sultan Qaboos Road and the Muscat Expressway, boasting all manner of facilities and amenities, but is also more crowded with villas, shops, and apartments; and New Al Ansab, which is situated nearer to the Expressway in a calm, rural area amid the hills, extending back towards the mountains that has less to offer when it comes to city conveniences. Both areas feature modern villas situated on hilly grounds, built in striking architectural styles, and it’s becoming a hub for investors, developments such as Haya water laboratory, and serviced apartments.

The entire area is expanding with bank services, schools, clinics, hypermarkets, and given that this neighbourhood (both "old" and "new") only recently developed, there is considerably less noise and pollution there than one might find in older, neighbouring towns, like well-established Ghala.

There’s not much in the way of entertainment or noteable sights nearby, aside from birdwatching in Al Ansab wetlands, a military shooting range, and the Royal Air Force base. However, the Muscat Expressway connects Al Ansab to urban centres like Ghubra, Qurum, and Al Khuwair in 20-30 minutes.

Property Times had a chat with Nasser bin Salim, an employee at a petroleum company, to find out why he loves living in Al Ansab. —[email protected]

Affordable Rents
Al Ansab has a growing number of new buildings with modern amenities that come at affordable prices, with flat rentals starting at OMR250, and villas around OMR400.

Peaceful Ambiance
The vast amount of open space, quiet nights, and wide selection of properties with mountain and hillside views, make it an oasis of calm.

Expressways To Everything
Al Ansab's close proximity to the Muscat Expressway makes it accessible from all areas of the city, including far-flung neighbourhoods from Al Khoudh to Ruwi.

The On-Hill-Factor
The area is literally located on a hill, which is a unique neighbourhood feature in Muscat. The villas on the hillsides are extremely high, which is safer during flooding, and also offers spectacular views.

Close Proximity to Airport
It’s a super-quick, traffic-free drive to Muscat International Airport, which is a boon for many local and expat residents who travel frequently.