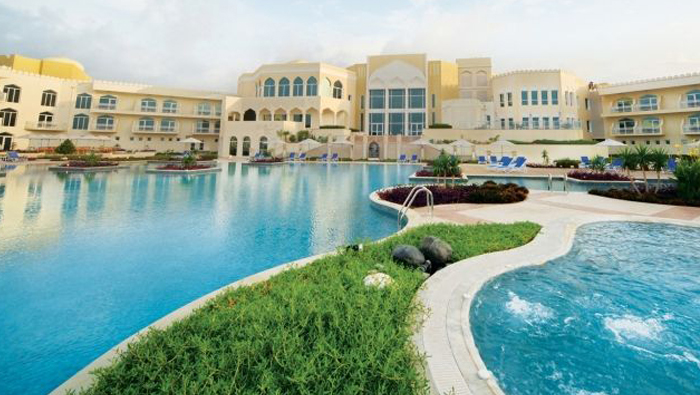 Muscat: Oman’s government is focusing on non-oil sector as part of its economic diversification programme, which is evident from the Ninth Five-Year Plan.
A less oil-dependent Oman is emerging from the plan as the oil contribution to the gross domestic product (GDP) is expected to decline from 44 per cent in the Eight Five Year Plan to 33 per cent in the current five year plan.
This was mentioned in the Sultanate's Ninth Five-Year Development Plan (2016-2020), which was recently released by the National Programme for Enhancing Economic Diversification (Tanfeedh).
Even the contribution of natural gas to the national GDP is expected to go down to 2.4 per cent compared to 3.6 per cent from the previous plan. The five sectors targeted by the government agency are manufacturing, tourism, transport and logistics, mining, and fisheries.
The report showed that manufacturing sector’s contribution to the GDP will increase by 2020 substantially, and the sector is attracting investment to the tune of OMR2.6 billion during the plan period.
The contribution of transport and logistics is estimated to rise from 6.2 per cent to 6.8 per cent by 2020, investing around OMR6.1 billion. Tourism is also expected to witness an increase from the current 3 per cent to 3.3 per cent.
However, both fisheries and mining sectors are expected to increase by 0.1 per cent (0.5 to 0.6 in fisheries and from 0.4 to 0.5 in mining) by the year 2020.
Local employment
While economic diversification overshadowed the 2016-2020 plan, the employment issue also had a big chunk of it as, according to the report, as 67 per cent of the local population is below 30.
The report also stated that the previous employment plan ‘was very unbalanced’ as expatriates made up of 75 per cent of total workers in the civil sectors by mid-2015, recording 1.6 million workers. Also, around 140,000 Omanis were searching for jobs in the same period.
The report estimated a whopping 220,000 Omanis to enter the job market in the next five years, with an average of 44,000 per year (53 per cent males and 47 per cent females.)
The private sector is expected to contribute 52 per cent of the GDP, while the non-oil activities are expected to increase by 4.3 per cent. This means that more doors will open for locals in private firms, despite the fact that 85 per cent of Omanis are currently working in the public sector.
The report clearly stated that private sector did not see major development in the previous plan as the sector's activity was dependent on the government expenditure in oil and infrastructure sectors.
Expatriate workforce
While Omanisation is a vital goal of the new plan, the report argued that replacing expatriate labour force with locals cannot happen in 43 per cent of jobs (unskilled labours) "which are avoided by locals", according to the report.
So on the short-term plan, Omanisation will focus on the 7 per cent who occupy leading positions (specialists) and 50 per cent of expatriate labour force are in the middle of the work pyramid and they will be replaced in the long-term plan, according to the report.
Interestingly, the drafted plan said that Omani citizens should be expecting to have better income by 2020.
First scenario
In the light of the cooperation between the Supreme Court for Planning and the Council of financial affairs and energy resources, a scenario was drawn, presuming a stable daily production of 990,000 oil barrels and ascending price ($45 per barrel in 2016, $55 per barrel in 2017 and 2018,$60 per barrel in 2019 and 2020).
In this scenario, the plan will result in an average of three per cent increase in Oman's GDP. The investments are supposed to reach OMR40.8 billion compared to OMR38 billion in the 8th five year plan, recording an annual average of OMR 8.2 billion.
This plan is considered the final in a series of developmental plans comprising Oman Vision 2020, which seek to achieve financial and economic stability, diversifying the economic base and sources of national income, altering the role played by government in the Sultanate’s economy, expanding the participation of the private sector and enhancing the quality of life for Omani citizens.
Oman Vision 2020 also provides a roadmap for introducing the futuristic vision “Oman 2040”.