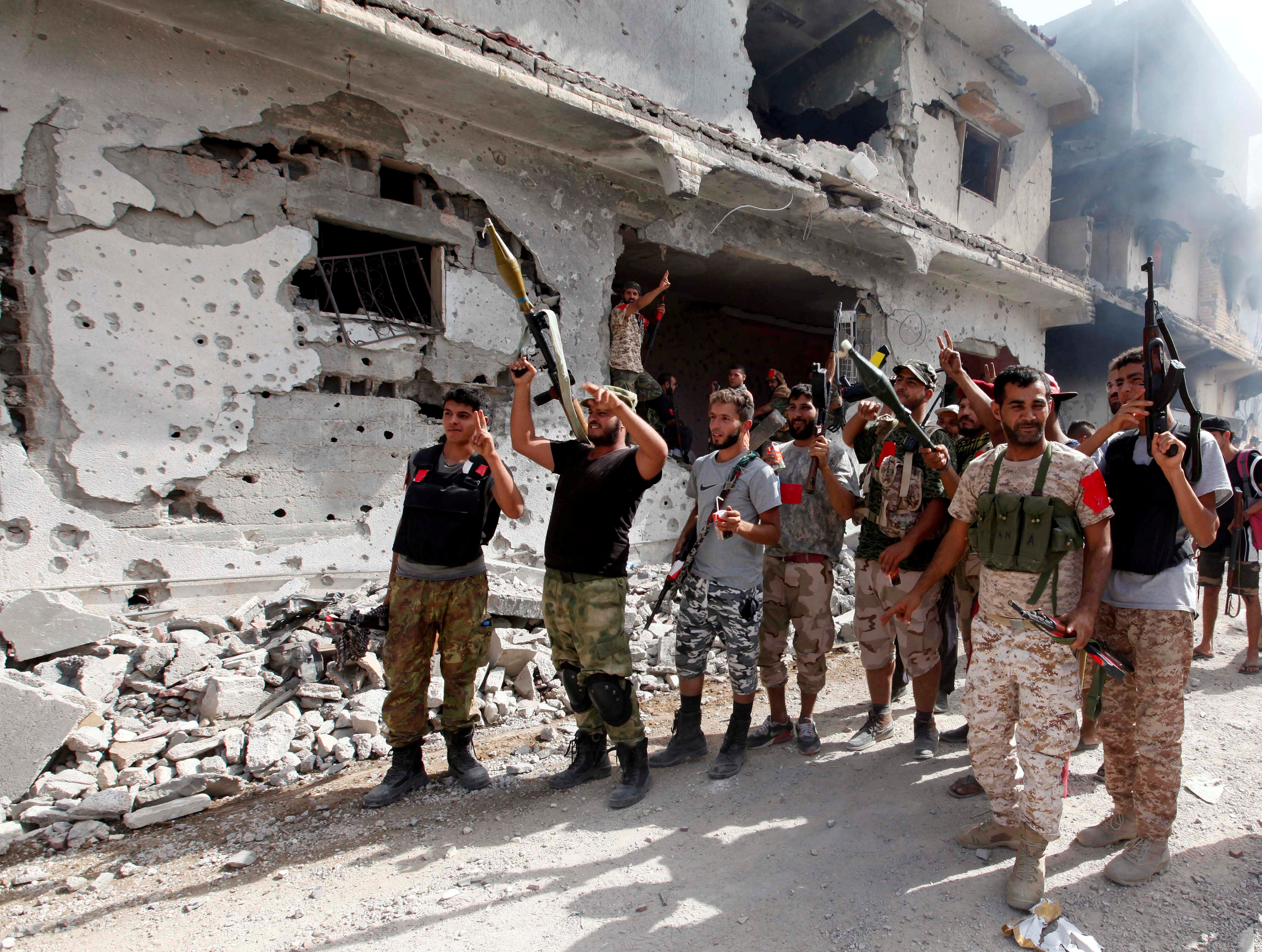 SIRTE (Libya): Libyan pro-government forces have advanced into another area in their battle to liberate Sirte from IS in fighting that killed 14 of their troops, military officials and hospital sources said.
After six months of fighting, backed by US air strikes, Libyan forces allied with the UN-backed government in Tripoli are close to clearing out the last remnants of the militant group from the former hometown of dead leader Muammar Gaddafi.
Heavy street-to-street fighting in the Ghiza Bahriya area involved tanks and armored vehicles with heavy machine guns, as well as airstrikes to retake houses occupied by IS, according to military officials and a Reuters reporter.
"There was an incursion on Friday made by Bonyan Marsous forces into Ghiza Bahriya," said Ahmad Hadia, one of the spokesmen for pro-government forces who are mainly from the city of Misrata. "A car bomb was hit by warplanes of our forces."
Fourteen pro-government troops were killed and more than 20 wounded in clashes on Friday, a spokesman of the Misrata Central hospital, Akram Gliwan, told Reuters.
The fall of Sirte would be another blow to S just as the militant group comes under pressure in its main territory of Syria and Iraq, where it has also lost ground.
IS took over Sirte a year ago as militants profited from the chaos that followed the 2011 fall of Gaddafi.
Infighting among rival armed factions left the country with two competing governments and no central army.
The UN-backed government in Tripoli is struggling to expand its influence over powerful brigades of former anti-Gaddafi rebels who control different areas of the country.
Forces from the port city of Misrata began a campaign to retake Sirte six months ago, taking heavy casualties to recapture the city.
But their progress advanced with the support of US air strikes and small teams of Western special forces advising on the ground.
IS is now dug in and keeping back Misrata forces with snipers and boodytraps in one remaining district.
With Misrata forces in Sirte, rival eastern military commander Khalifa Haftar, who opposes the Tripoli government, has taken over four key oil ports. That has allowed resumption of oil exports but fuelled concern about renewed conflict.
Misrata backed Islamist-leaning brigades took over Tripoli from rivals in 2014 and set up their own self-declared government, forcing the elected parliament to operate in the east of the country backed by Haftar.
Misrata forces now support the UN-backed Tripoli government trying to unite rival factions. But with no real national army, armed brigades are often more loyal to their city or region than the central government.