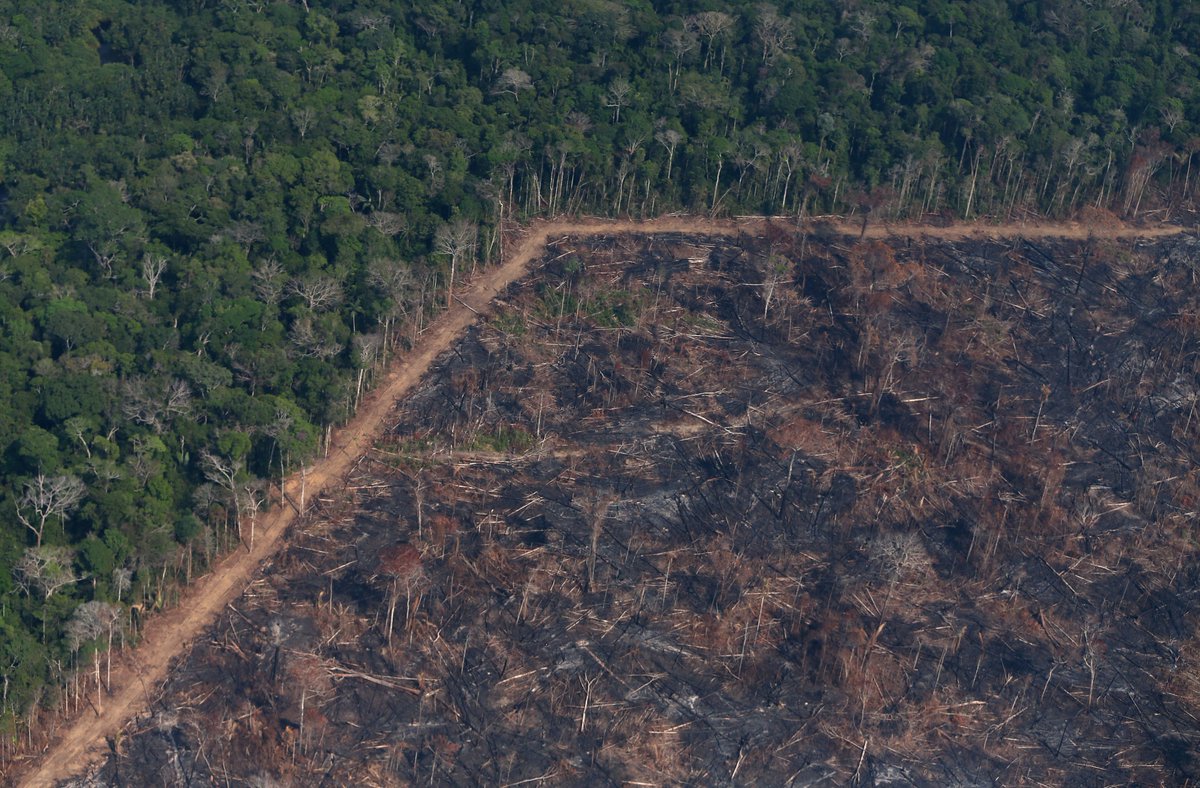 Sáo Paolo: Deforestation in the Brazilian Amazon is a lucrative business largely driven by criminal networks that threaten and attack government officials, forest defenders and indigenous people who try to stop them, according to a new report by Human Rights Watch.

Rainforest Mafias concludes that Brazil’s failure to police these gangs threatens its abilities to meet its commitments under the Paris climate deal – such as eliminating illegal deforestation by 2030. It was published a week before the UN Climate Action Summit.

Brazil’s environment minister in the government President Jair Bolsonaro, has argued that poverty drives degradation, and that development of the Amazon will help stop deforestation.

But the report’s author, Cesar Muñoz Acebes, argues that Amazon needs to be better policed.

“As long as you have this level of violence, lawlessness and impunity for the crimes committed by these criminal groups it will be impossible for Brazil to rein in deforestation,” he said. “These criminal networks will attack anyone who stands in their way.”

The report documents 28 killings in which it found evidence that “those responsible were engaged in illegal deforestation and saw their victims as obstacles”.

Victims included indigenous people, forest residents and environmental agents, and only two cases went to trial. It cites “serious flaws” in investigations of six killings. More than 300 killings were counted by the Pastoral Land Commission, a not-for-profit group connected to the Catholic church, over the last decade in the Amazon, of which just 14 went to trial.

Officials and environmentalists said the report echoed their experiences working in the Amazon.

“There is a lack of people, a lack of resources, a lack of logistics and a lack of will,” said Antonio de Oliveira, a retired federal police officer previously seconded to indigenous agency Funai. He worked with the Guardians, a brigade of Guajajara indigenous people who forcibly expel loggers from their heavily depleted Araribóia reserve in Maranhão state on the east of the Amazon.

Oliveira received several death threats and came under fire from loggers during one operation, when an environment agency official sitting next to him was hit in the arm. Nobody was jailed.

He agreed with the report’s assertion that illegal loggers have become more brazen since Bolsonaro launched a strong series of attacks on environmental agencies for levying fines and destroying loggers’ equipment, and promised to develop protected environment areas.

“The situation has got worse,” he said. “There is a sort of encouragement to people to enter, to invade.”

Paulo Bonavigo, president of Ecoporé, a not-for-profit group in Rondônia working on sustainable forest projects, said loggers operate freely in one protected area his group monitors. “There are lookouts, there is a radio network. These guys are organised,” he said.

Speaking anonymously because environment agencies officials are banned from talking to the media, an employee from the Chico Mendes Institute who worked in Pará state said the men working on illegal deforestation and mining in the forest are badly paid, poorly educated and exploited by rich bosses. “Deforestation is not exactly slave work but it is not far off.”

Bolsonaro has promised “zero tolerance” of environmental crime. But he and his ministers also called international concern over the Amazon an attack on Brazilian sovereignty, rubbished official government data as lies, and said they will counter deforestation by developing the Amazon.

Many involved in land grabbing, illegal mining and deforestation in protected areas voted for Bolsonaro – including a group of gold miners who recently blocked an Amazon highway recently and called on him for support after a recent crackdown by environmental agencies.

On Friday the foreign minister, Ernesto Araújo, and the US secretary of state, Mike Pompeo, agreed to promote private sector development in the Amazon and announced a $100m biodiversity conservation fund led by private sector.

The same day, the finance minister, Paulo Guedes, told foreign reporters that “there is still a precarious scientific basis” to climate change science. “We will sustainably develop the Amazon,” Guedes said.