Barakat Al Harthy: An Omani competing at the 2016 Rio Olympics 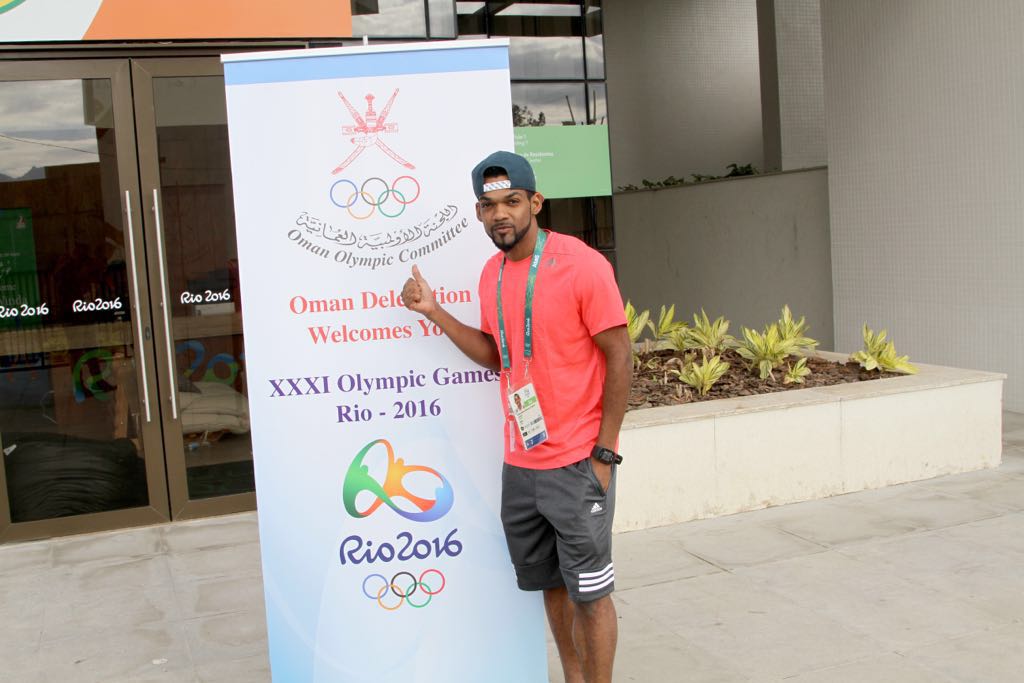 Barakat Al Harthy, a military kid born in Ibra 28 years back, was one of the four Omani sports stars representing the Sultanate in the Rio 2016 Olympics. His journey leading up to his Olympic race on August 13, 2016, began over a decade ago as an ambitious, talented 15-year-old school boy.

Always passionate about athletics, Barakat participated in all the inter and intra-school races that came his way. And, as a natural born runner, he won most of the races he participated in from the very beginning. During one such inter-school race, he was discovered by his first coach who immediately saw the boy’s potential for greatness.

At his coaches urging, he went to Europe for further coaching and training, which Barakat described as a total “culture shock”. From his protective, secluded home environment in Oman, he was flung into a world of brutal competition. And, though it was tough, he realised for the first time how much this world had to offer him.

His journey from that point on was one without commas or full stops. He continued progressing race-by-race as he competed in different countries at various international races. The athlete won numerous medals over the course of his thunderbolt career, and at 24-years-old, his hard work earned him a ticket to the 2012 London Olympics.

The very fact that Barakat was competing in the Olympics was enough to make his country proud, and earning 7th place in the heats with a time of 10.41 was cause for celebration. But that wasn’t good enough for Barakat.

The young man vowed to train harder and perform better and push himself farther over the subsequent four years for a chance to compete again, and better his time. He trained in Bahrain, Bulgaria, and Oman under different coaches and with different athletes and the training sessions provided a good mix of techniques, styles, and intensity levels. He gave careful attention to food and nutrition, and his run times continued to improve.

The best training for Barakat was in Bahrain where he spent time working with a team. He became great friends with one of his team members there, who went on to qualify for the 400m finals. The two would challenge each other and train together in competitive ways daily, pushing one another to raise their games.

With four years of rigorous training and preparations under his belt, Barakat set off to compete once again on the world stage in the 2016 Rio Olympics. But his actual journey to Rio was to be his first major obstacle.

Barakat’s flight to Rio was a connecting flight from Abu Dhabi. Unfortunately, his flight from Oman got delayed, he missed the flight to Rio, scrambling and finding his way onto a connecting flight via France. This not only delayed his arrival in Brazil, but, even worse, he arrived to find his luggage that contained his entire sports kit had gone missing. A late, nervous, and frazzled Barakat left the airport carrying only a handbag containing his spikes and jersey.

He was received by people from the Olympics organising committee and driven to Olympic Village. As he rode, he was amazed at the scene: Army men, chaos, and crowds of people filling the streets. It was a stark contrast to the calm of Oman.

Upon reaching the village, Barakat found himself feeling star struck as he watched many of his heroes who he’d seen on TV or in the newspapers strolling casually through the village, training, and clicking selfies. Michael Phelps walked passed him, he found himself training next to Usain Bolt, he was truly among them.

The best athletes in the world were all under one roof, and the atmosphere was filled with energy, patriotism, and pride, full of vibrant colours, people from different ethnicities and nationalities, all preparing for the competition of their lives under the waving flags of the world.

After getting the feel of the place, Barakat found his room in one of the hundreds of newly constructed apartments in the Olympic village and then headed out for kit shopping. He planned to start training as soon as he returned with his gear. However, the weather in Rio had different plans. A near continuous, pouring rain made it impossible to train as much as he had planned to before race day.

There were a lot of things that bothered Barakat—not being able to run on the track even once before his race, loosing the opportunity to train and get his body used to the new weather conditions, not being able to arrive earlier to acclimatise. But the one feeling that overpowered all these negative thoughts was the fact that he was there, at that moment, amidst all the greatest players and athletes. He had earned his place among them and nothing would ever change that.

Barakat’s 2016 performance far surpassed that of the 2012 Olympics as he placed 3rd with a brilliant time of 10.22 in the heats, though, this year, they chose to only select the top two for the semi finals.
Barakat has no regrets whatsoever.

He has always believed that, “practice makes a man perfect,” and knows that he has gotten one step closer on his journey.

Barakat will continue to strive for his own personal best, but his true dream is to see the Omani national flag being raised and the Omani national anthem being sung at an Olympic game. In the spirit of a true sportsman, Barakat looks forward to the day when Oman will win its first medal. To him, it doesn’t matter who wins it, because, like all the greats, he understands that competition is about pushing oneself to the limit for the love of something much greater. —[email protected]