From the editor's desk: Pushing the boundaries 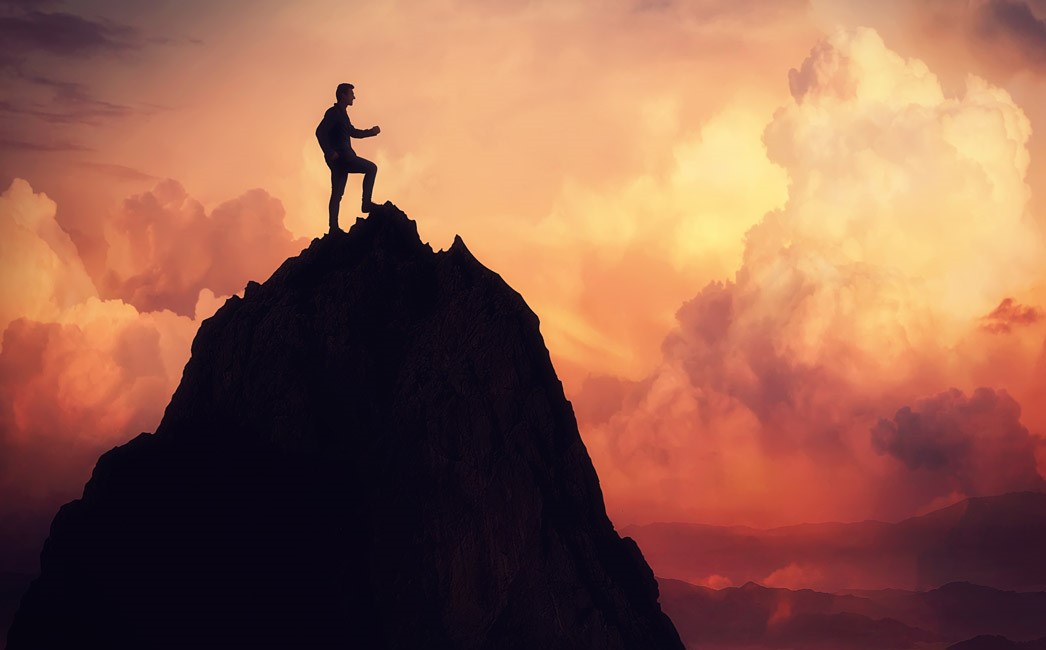 An achievement is when we push ourselves beyond the everyday. Michelangelo and Da Vinci and Marie Curie and Sir Ranulph Fiennes. The list goes on. What makes these ordinary humans extraordinary? Is it a simple case of genetics? No. Are they hardwired differently? No. Can they summon Herculean strength, or see through walls? Not in any way that we can see. The people who achieve are those who focus.
They have Herculean strength of mind. Bear Grylls was a trainer for the SAS long before he was on our TV screens listening to Indian Prime Minister Narendra Modi talk about spears. Indomitable spirit. An honorary Royal marine Commando, Bear takes you places you would never want to go to, then brings you back safe. I went to Helmand Province in Afghanistan with his old regiment, and we were ambushed at the end of a 14-hour-long patrol that had begun at 4am, in the inky black of night, in snake formation leaving the forward operating base near Sangin. The first thing I did was fall over a low wall. That was fun.
The actual soldiers had night vision goggles, but my non-military status meant they had slung a night scope from a rifle around my neck. Not much cop, if I’m honest. Anyway, after watching dawn break over poppy fields and entering some compounds, drinking tea with locals and engaging in a hearts and minds patrol, our group made its way to a suspect compound where activity had been observed in the previous days. And then it happened. People I couldn’t see were shooting at me. The human beings around me, professionals to a fault, threw me into a corner and fought off the attack.
Then, around an hour later, we were crossing some open grassland when I heard a sound I will never forget— a Kalashnikov firing. It’s a clear and metallic sound, like sliding a new metal bolt on your garden gate. In open ground, I hit the deck and I remember I was trying to bury myself so far into the earth that the blades of grass were poking my eyelids. They were firing at us from a tree line, a small copse, some two hundred metres away. I was holding aloft a small video camera, trying to aim it without looking, hoping my arm wouldn’t be shot off. Then I saw the most remarkable thing.
A commando was running towards me, across an open field, under fire. He ran the length of two football pitches, then “took a knee” beside me, to tell me that we were about to get up and run another half football pitch towards a wall that would provide cover. “You just ran all that way and you didn’t worry about being shot?”, I asked him. Still upright, with one knee in the grass, scanning the treeline, he replied: “ Don’t worry, they are sh*t shots”.
And so, we got up and ran, laughing, towards the safety of the wall. And they were. They missed. And, when your journalism school teaches you to be impartial, it’s really important to distinguish between ‘on paper’ and ‘in reality’. I wanted them to stop trying to kill me. I was happy when people were no longer shooting at me. We all got back safely, although during their tour, many Royal Marines did not. We can only salute them.
The mortar and artillery sections inside the base also ensured we had a safe walk back to base. This spirit and inner courage and sense of power to accomplish. Some of us use it, some of us do not. The mountaineers, the first pilots, the sailors navigating only by the stars, push boundaries. They have a thirst for life. I think we all have it, in various ways, so let’s give praise to those featured in today’s edition, those who grabbed the world by the ears and kissed it full on the mouth.-[email protected]