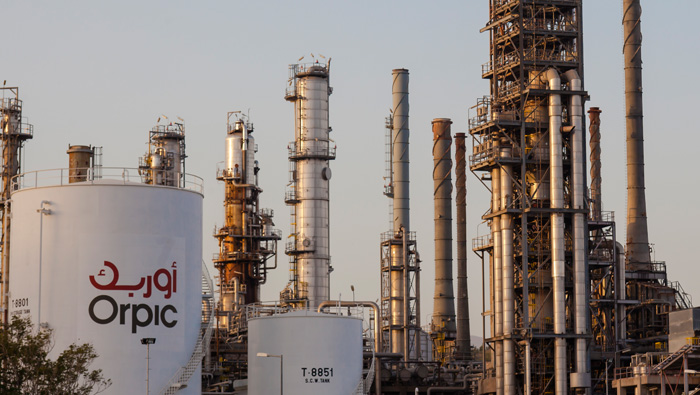 Muscat: A foundation stone laying ceremony for Liwa Plastics Industries Complex in Sohar will be held on Monday. The project is promoted by Oil Refineries and Petroleum Industries (Orpic). The event will be held under the auspices of Sultan bin Salim Al Habsi, secretary general of the Supreme Council for Planning and chairman of the Orpic board. The $4.5 billion worth of project will be operational by 2020.
Al Habsi said that Liwa Plastic Industries Complex is a project of great significance to cope with requirements of development in the country.
“The project will contribute in enhancing petrochemicals industry and meeting the increasing demand for plastics in the Sultanate and the region,” he added.
The Opric chairman hoped that the project would contribute in improving environmental aspects and supporting the establishment of plastics manufacturing industry in the Sultanate.
Last year, Orpic signed the engineering, procurement, and construction (EPC) contract to build a steam cracker and utilities with CB&I of the Netherlands and the CTCI Corporation of Taiwan joint venture.
Economic contribution
The second contract for building a plastic unit, was signed with Tecnimont of Italy. The third contract for the NGL extraction unit was signed with GS Engineering and Construction and Mitsui joint venture. The fourth EPC contract for the NGL pipeline was singed with Punj Lloyd.
Liwa Plastics Industries Complex in Sohar is the biggest industrial project in the Sultanate. The project’s feasibility study pointed out that it will contribute 2 per cent to 3 per cent of the Sultanate’s GDP and will increase the contribution of Orpic projects to the GDP to 9 per cent by 2020. The project will also create about 1,000 direct jobs, in addition to more than 12,000 indirect jobs.
This project will also enhance the downstream sector in Oman as it will produce, for the first time, 880,000 tonnes of polypropylene and polyethylene, which rates highest in terms of demand in the global market, and is used in 40 per cent of all applications of plastics.The project will produce approximately 300,000 tonnes of polypropylene, which is considered the fastest growing plastic in the world.