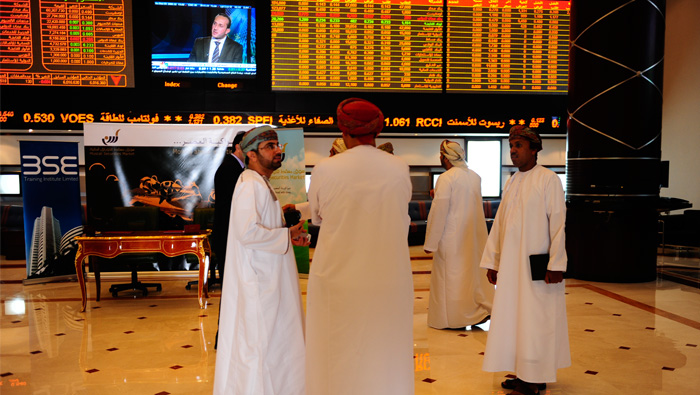 Muscat: Muscat bourse posted a traded volume of 3.6 billion shares, which generated a turnover of OMR738.8 million in the first nine months of 2016. This is against 3.5 million shares and a turnover of OMR946 million for the same January-September period of 2015.
In fact, the largest trading volume at OMR126 million was posted in April this year, while September month recorded the lowest trading volume at OMR54.4 million.
The market was able to overcome a bearish trend that prevailed over the financial markets at the beginning of 2016, after oil prices touching $22 a barrel in January. Several international reports that suggested a fall in the growth of the global economy and an increase in deficit also affected the market sentiment.
This has resulted in a fall in MSM 30 Index on January 21 to 4,867 points, its lowest level since April 2009. The index lost 226 points in January, but it then climbed, along with a recovery in oil prices.
By the end of September 2016, the index closed at 5,726 points, up about 320 points from its level at the end of last year, recording a better performance than in the corresponding period last year when it fell 555 points.
The market capitalisation of listed companies by the end of September rose to OMR17,340.2 million, registered gains of OMR1,561.2 million. These gains cab be attributed to the fact that several listed companies raised their capital and listing of closed companies. Also, increase in the capital of Oman Oil Refineries and Petroleum Industries (Orpic) amounting to OMR509.5 and was listed on the third market. The bond and sukuk market witnessed issues worth OMR200 million.