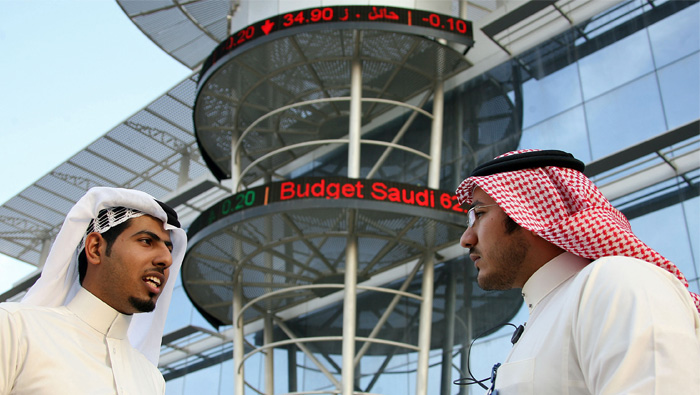 Muscat: Gulf bourses continued to stumble in September despite crude oil price touching $50 per barrel. Saudi’s TASI index shed 7.5 per cent, followed by Qatar 5 per cent and Egypt 3.5 per cent, according to Kuwait Financial Centre ‘Markaz’ monthly market research report.
Saudi Arabia’s stock market went deep into red over fears that the government could introduce more austerity measures to curb a big budget deficit caused by low oil prices, said the Markaz report which analysed the performance of equity markets in the Mena (Middle East and North African) region fro September.
Despite addition of 22 stocks in the FTSE's secondary emerging market index, across the board profit-booking in Qatar and declining Producer’s Price Index (PPI), led to the index falling by 5 per cent last month, it said.
Speculation over possible further devaluation of the Egyptian pound, due to expected floatation of the currency in the market, led to increased volatility in the Egyptian markets, as the country’s main index declined 3.5 per cent in September. Morocco was the top performing market in September, rising by 1.8 per cent, while Kuwait indices had a mixed month, with the price index falling marginally by 0.4 per cent, and the weighted index rising by 1.3 per cent. The S&P GCC also followed suit, declining by close to 4 per cent in the month of September, and closing at 87 points.
The report added that although the oil price rose by over 4 per cent, on the back of the Organsiaton of Petroleum Exporting Countries (Opec) agreement to limit crude output, Saudi index fell considerably after the Saudi government announced that it was reducing salaries and allowances for public sector employees.
Many investors believe that additional austerity steps, such as new fees or taxes on the kingdom's large workforce of foreigners, could also be approved soon. Middle East fund managers have turned negative towards Saudi Arabian equities for the next three months because of the anticipated austerity policies.
Blue chips also had a negative month, with Saudi Electric Company and Ezdan Holdings (Qatar) ending the month at the bottom of the pile, losing 12.5 per cent and 10.6 per cent, respectively. Zain (Kuwait) and Kuwait Food witnessed a gain of 4.7 per cent and 3.3 per cent, respectively.
Saudi Electric signed a $1.3 billion Islamic funding in September, after having already secured financing worth $3.8 billion earlier this year. The company claims that this new financing will be used towards supporting its projects’ capital expenditure needs.
The murabaha financing was supplied by three local banks: Banque Saudi Fransi, National Commercial Bank and Samba Financial Group. Saudi Electric also announced plans in August to privatise its assets by the end of the year, as part of a drive to increase efficiency in the kingdom's utilities.
A few of the large cap stocks in the Qatar index were included in the FTSE’s Russell emerging market index in August. Investors cashed in on the gains post inclusion as a few stocks’ values retreated, with Ezdan Holdings featuring among them. Anticipation of Zain’s first unified telecommunications license to operate in Saudi Arabia, led to increase in share price in the month of September.
Saudi Arabia cut ministers' salaries by 20 per cent, and scaled back financial perks for public sector employees in one of the most drastic measures taken by the energy-rich kingdom to save money, at a time when oil prices are sub-par.
The measures, effective from October 2016, constitute the first pay cuts for government employees, who make up about two-thirds of working Saudi population. According to the announcement, housing and car allowances for members of the appointed Shura Council will be cut by 15 per cent. Overtime bonuses are to be curbed at between 25 and 50 per cent of basic salaries, while annual leave may no longer exceed 30 days.
Oman has launched a combined $1.5 billion tap of its June 2021 and June 2026 bonds. The five-year tranche will raise $500 million at 230bps over Treasuries, while the 10-year note will be for $1 billion at plus 315bps.