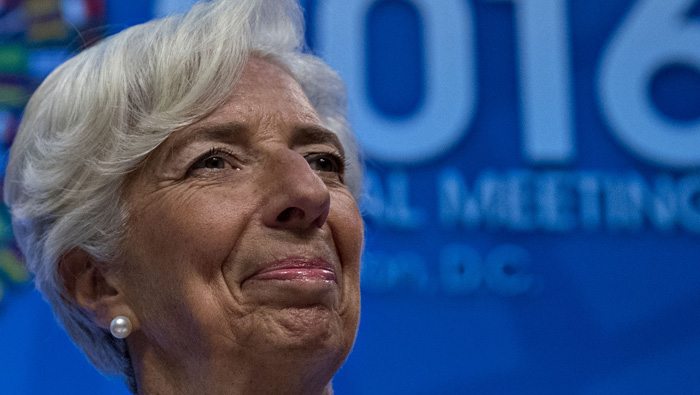 Muscat: Twenty-five members of the International Monetary Fund (IMF) have committed a total of Special Drawing Rights (SDR) 243 billion ($340 billion) in bilateral borrowed resources with maximum terms through 2020-end.
The Special Drawing Rights is a form of international money, a reserve asset, created by the IMF in 1969 to supplement its member countries' official reserves.
In welcoming these commitments, Christine Lagarde, IMF managing director, said: “These commitments will preserve the overall lending capacity of the IMF and provide confidence that the fund will continue to address the needs of our membership. I am heartened that so many countries have already made a commitment, and I would encourage others to join this important international cooperative effort.”
Access to the bilateral borrowing will be governed by a new framework approved by the IMF’s executive board in August 2016 that will replace the framework agreed in 2012 when, in response to the global financial crisis, the membership decided to supplement IMF resources through bilateral borrowing agreements.
There are currently 35 agreements with creditors under the 2012 borrowing agreements for a total of SDR 282 billion or $393 billion. These agreements, set to expire starting October 12, have not been drawn but have played a critical role as a third line of defense, after quotas and the New Arrangements to Borrow (NAB), in providing assurance to members and markets that the IMF has adequate resources to meet potential needs.
The new framework retains key modalities of the existing borrowing framework and includes a new multilateral voting structure that gives creditors a formal say in any future activation of the bilateral borrowing agreements. The new agreements will have a common maximum term of 2020-end, with an initial term to 2019-end extendable for a further year with creditors’ consents. The agreements under the new framework will continue to serve as a third line of defense after quotas and the NAB.