Muscat: Modern College of Business and Science (MCBS) plans to introduce the Sultanate’s first sports science course. The course is expected to commence in January, at the start of the college’s Spring semester.
This year-long diploma in sports science is seen as an instrument to aid Oman’s industrial diversification plans and generate employment for residents.
Speaking exclusively to Times of Oman, Dr. Aleksandar Djordjevic, the Director of the Centre for Continuing Education and Professional Studies (CGPS), said, “It is supposed to equip young people who will undergo the course to apply the global sense to sport, so that they can work not just in Oman, but internationally.”
Given the interest for football in the region, Dr. Djordjevic said the initial pilot programme would focus on that sport, before branching out to include other sports in subsequent years.
“Sports are not usually seen in this region to have a commercial benefit,” he explained. There is a better approach to it than just playing it.
“There is the science of data about sport, about past experiences in sports. We can learn much more about it in a classroom environment than just on the field.”
In keeping with this approach, the course at MBCS will provide a blend of theoretical and practical knowledge about sport.“The theoretical foundation will include a lot of knowledge such as case studies, strategy and governance can be studied at the desk, but outdoors, the students will learn about things such as drills and tactics,” said Dr. Djordjevic.
“We feel this is an innovative model and something that will bring value to both the nation and the applicants themselves.”
Setting the foundations
To acquire skilled academics to teach the course, MCBS has signed a Memorandum of Understanding with Kick Worldwide, a UK-based organisation that aims to build a football infrastructure in nations via grassroots development of the sport, and assisting in the training and education of home-grown talent to ensure long-term sustainability.
“They are bringing the know-how to help us establish the facility,” Dr. Djordjevic explained.
“They will bring lecturers and we are also importing their programme to some extent that we will shape for the local culture. We had the idea, but they gave it the shape.
“Some of those who are put through our programme will also be given the chance to be on the other side, as lecturers.”
Academics will also be provided by the MCBS’ partner institutions in the US, the University of Missouri and Franklin University.
While the course is expected to be of a year’s duration, trainees can choose to study only certain subjects from it if they’re looking to pursue a sports science certificate instead.
“This course has a certain number of units, which can be taken out for a small certificate,” said Dr. Djordjevic. “Before the course opens for enrollment, it will be registered with the Ministry of Manpower and Ministry of Education. We’re also looking for international organisations to support this with accreditation.”
The Modern College is investing heavily in facilities that’ll make this course a success. Land has been purchased behind the campus to build sports pitches for both recreation and training, and a sports lab is set to be erected in a new wing of the college.
Qatar 2022
With Qatar gearing up to host the Middle East’s first ever FIFA World Cup in 2022, Dr. Djordjevicrevealed that the timing for this course at MCBS was perfectly positioned to contribute to the showpiece spectacle.
“We think its long due,” he opined. “The World Cup played a big decision to start this course. I won’t say it was a major driver, but Qatar 2022 really helped the cause.”
He added, “It’s six years from now, so we want maybe two or three generations of students graduating from this programme. The will be the ambassadors of this initiative and hopefully will play a large role, because I can’t recall any other major event that has been so big in the region’s history.
“We want this course to help people reach a level where they can live off of this,” explained Dr. Djordjevic. “You could be a coach, a sports consultant for clubs and it’s a nice addition to sports journalism. Sports is a big industry, and not just having the knowledge in your legs but in your head as well, means there is a plethora of opportunities for people.”
“Before, during and especially after the World Cup, there will be so many football schools opening in the region because of its influence, and the parents will want to enroll their kids in them, and there we see the opportunities open for people to get a job,” he continued. “Also, during the event, there is a lot of media coverage, a lot of analysis, and the entire industry in the Middle East grown all of a sudden in the last eight years, so many jobs will appear.”
“With their understanding of culture and flavour of sport on the ground, we’d want our locals to be employed. With this course, you have a window of opportunities to be supportive in many jobs. This course is not just about being commercial. It’s about giving something good back to the Omani people,” he finished. 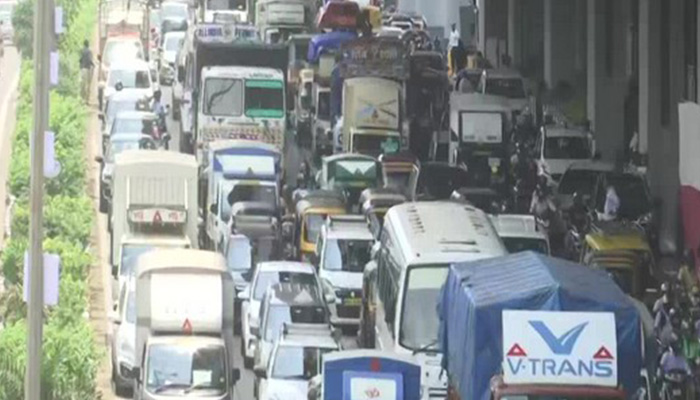