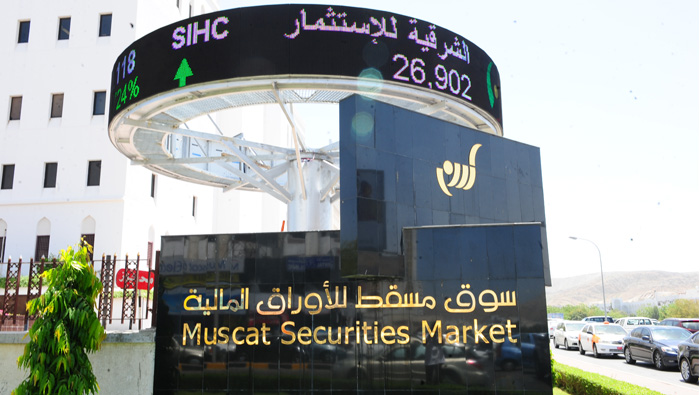 Muscat: Share values on the Muscat Securities Market (MSM) plunged to a five-month low, mainly due to risk aversion by investor community amid weak sentiment in the regional markets.
The MSM 30 index, the barometer of the market movement, touched a five-month low of 5,613.26 points, sliding by 1.08 per cent or 61.44 points on Tuesday alone. However, the general index has an year-to-date gain of 3.83 per cent or 207.04 points.
“Broadly, the market condition is not positive. When there was a severe fall in GCC bourses last week, the decline in Muscat bourse was not that steep,” said Suresh Kumar, head of research at Al Maha Financial Services.
However, Saudi Arabia, Qatar and Abu Dhabi markets rose on Tuesday, while Oman declined the most. In fact, investors have taken a back seat and are following a ‘wait and watch’ policy.
Suresh Kumar said that the traded volumes were relatively high on the Muscat bourse on Tuesday, as volumes touched 18.9 million shares, with a turnover of OMR5.7 million.
The major gainers were Galfar Engineering and Contracting, Bank Muscat and Gulf International Chemicals, while the major losers included Renaissance Services, Bank Sohar, Ooredoo Oman, BankDhofar, Ahli Bank and Oman Cables Industry.