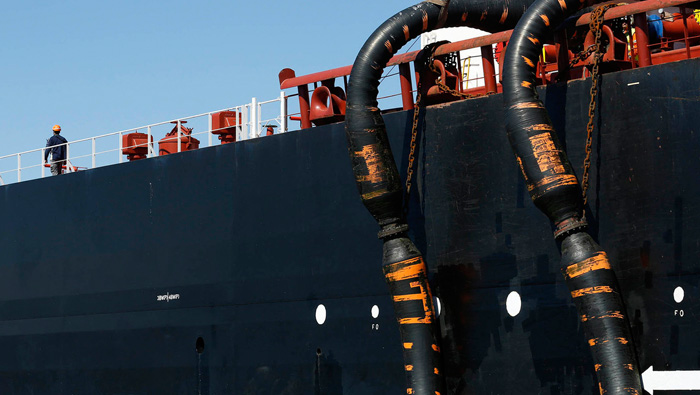 Tehran: Iran, fresh from an Organisation of Petroleum Exporting Countries (Opec) meeting where it won significant concessions from regional rival Saudi Arabia, will start the process of rejuvenating its sanctions-ravaged energy industry when the state oil company signs a new-model oil investment contract.
National Iranian Oil Company (NIOC) will complete a $2.5 billion deal with a group of local companies, according to an Oil Ministry official. The new type of contract, designed to better reward investment in oil and natural gas production, is seen by Oil Minister Bijan Namdar Zanganeh as crucial in increasing the country’s long-term export potential.
Although it may take years for the deal to bear fruit, the signing will cap a good few days for Zanganeh, who returned from last week’s Opec meeting in Algiers having secured Iran’s right to pump more oil even as Saudi Arabia and its Gulf allies agreed to curb output. President Hassan Rouhani’s government has argued that it should be allowed to return production to levels achieved before international sanctions curbed shipments.
Re-election battle
“Iranians feel that they’ve missed out on a big, big party because of sanctions,” Francisco Blanch, head of commodities research at Bank of America Merrill Lynch, said in an interview. “Sanctions basically took a lot of production out at a time when oil prices were very, very high. Iran doesn’t really have to cut production, and it’s going to get a higher price.”
The prospect of higher oil — benchmark prices in London traded at a three-month high above $50 a barrel on Monday — coupled with increased investment in the energy industry will also be a boost to Rouhani, who faces a reelection battle next year when he must convince voters that rapprochement with the West is paying off economically.
Together with rising oil exports, the oilfield development contract will be evidence of progress after the Iranian government won backing for the new investor contract. The local companies, which haven’t been identified publicly, will develop the South Yaran field in southwest Iran, near the Iraqi border.
The International Monetary Fund said on Monday that economic conditions in Iran are improving substantially and forecast growth of at least 4.5 per cent in 2016-17.
Iran aims to increase exports to 2.35 million barrels a day in coming months from about 2.2 million barrels a day, state news agency Islamic Republic News Agency reported on Sunday, citing Mohsen Ghamsari, NIOC’s international affairs director. The country has raised export capacity to 4 million barrels a day, NIOC’s managing director Ali Kardor said, according to an Irna report on Monday.
Iran told the Opec that it wants to produce about 4 million barrels of crude a day to regain its pre-sanctions share of the market, Zanganeh said last week. Iran produced 3.62 million barrels a day in August, data shows.