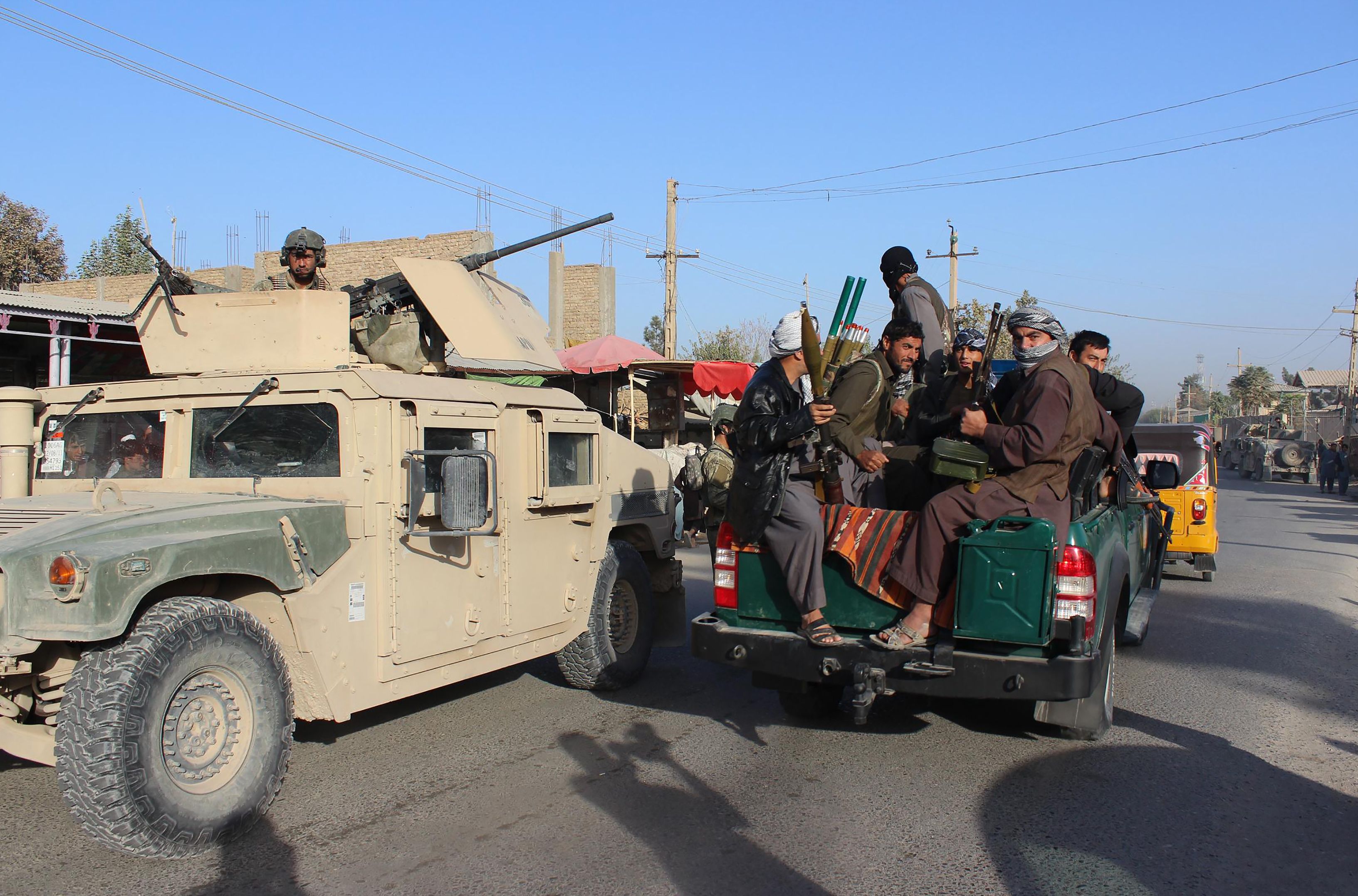 Kabul: Afghan forces regained control of most of the northern city of Kunduz city on Tuesday amid sporadic fighting, officials said, a day after Taliban militants appeared to encounter little resistance as they pushed to the city centre.
But social media accounts linked to the Taliban, which had taunted Afghan forces and their Western backers throughout Monday's attack, said the group's fighters were still inside Kunduz city on Tuesday with "clashes ongoing" and government troops "on the run".
]Taliban militants slipped past government defences early on Monday and occupied or attacked central areas of Kunduz, almost exactly a year after they briefly captured the city in one of their biggest successes of the 15-year war. The attack in Kunduz, as well as Taliban gains in areas of Helmand and Uruzgan where they also threaten provincial capitals, has underlined the insurgents' growing strength and exposed weaknesses in the government, which is meeting international donors in Brussels this week to try to secure billions of dollars in additional aid. Questions dogged the Afghan security forces, with the U.S. military reporting it saw little evidence of significant fighting as the Taliban moved in, and some witnesses saying many police had simply abandoned their checkpoints without firing a shot. In Washington on Monday, Pentagon spokesman Captain Jeff Davis told reporters the Taliban attack was more of a "Western-movie style shoot-them-up" raid than a concerted military offensive.
Afghan Defence Ministry spokesman Dawlat Waziri said no checkpoints manned by army troops had been abandoned. Afghan officials are still investigating how the Taliban managed to once again penetrate the city's defences, despite months of military operations aimed at preventing a repeat of last year's debacle, Ministry of Interior spokesman Sediq Sediqqi told reporters in Kabul. "Right now we are focusing on clearing the city," he said. Backed by U.S. special forces and air support as well as warplanes of their own, Afghan soldiers sought to clear the city overnight, said Kunduz police chief Qasim Jangalbagh. Taliban fighters, seeking to reimpose Islamic law after their 2001 ouster, remained in several areas of Kunduz but Afghan forces had made progress, he said.
"We have received reinforcement and have air support," Jangalbagh said. "More then 25 enemies are killed so far and we have retaken several places. We are committed to clear the city." Five members of the government security forces had been killed, with another 13 wounded, Waziri reported. Overnight, a U.S. helicopter conducted an air strike "to defend friendly forces", the U.S. military command in Kabul said, and a "robust" force of American special forces as well as aircraft were positioned near the city to provide support if needed.