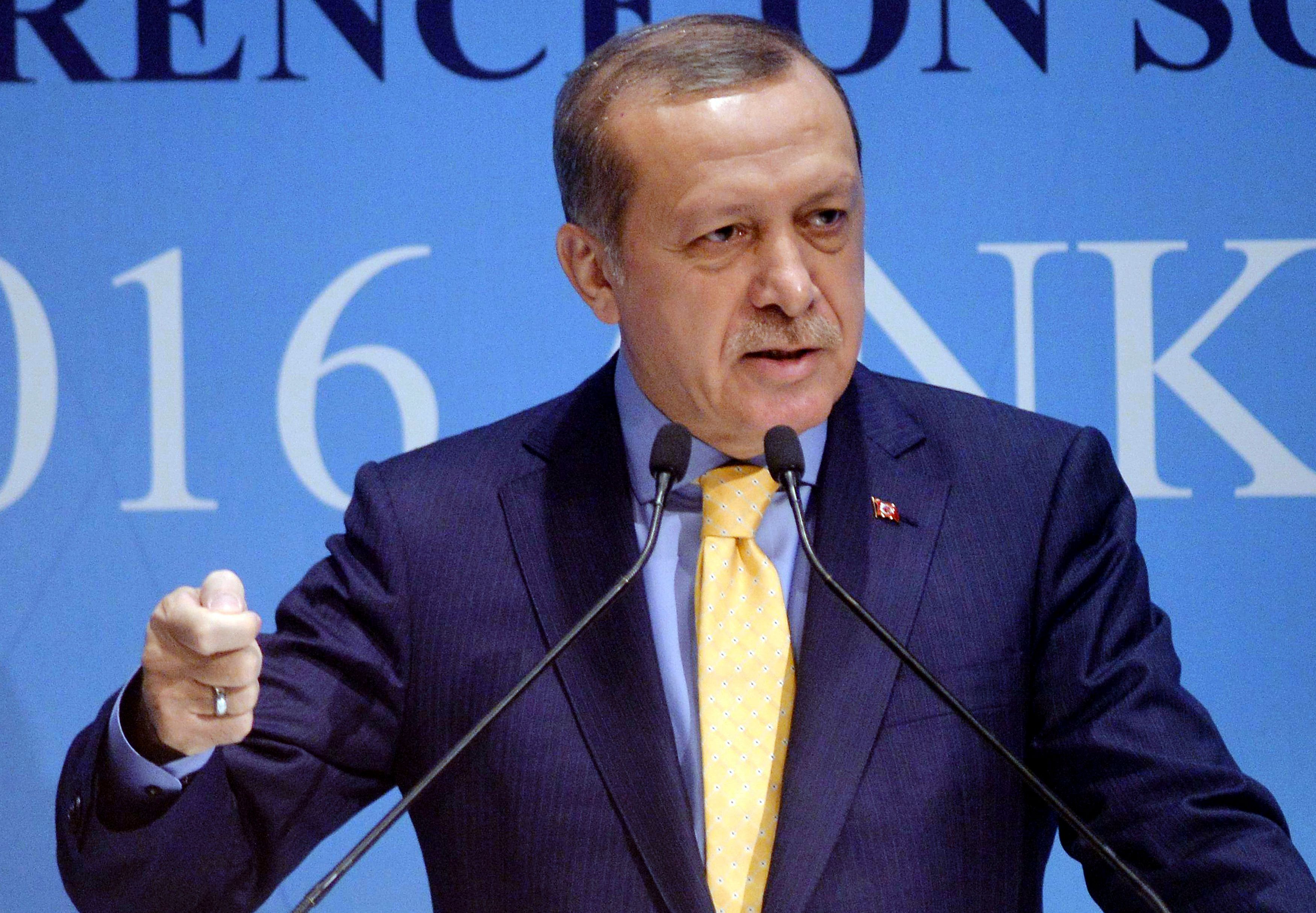 Ankara: Hours after announcing a three-month extension of a state of emergency, Turkey suspended 12,801 police officers on Tuesday, saying they had suspected links to U.S.-based cleric Fethullah Gulen, whom Ankara blames for orchestrating July's failed coup. In a statement, Turkey's national police headquarters said 2,523 of those suspended were police chiefs.
The overall number represents more than 5 percent of Turkey's entire police force. They "have been assessed to have communications or links to the Gulenist Terror Organisation, identified as a threat to national security," the written police statement said. Turkey lists the religious movement led by Gulen as an illegal terrorist network, though he has denied having any link to the uprising. State-run Anadolu Agency said 37 people working in the Interior Ministry's headquarters had also been removed from their posts.
It was not clear if both measures were linked. President Tayyip Erdogan has taken unprecedented steps to rid state institutions of staff deemed disloyal or potential enemies since the attempted coup on July 15. About 100,000 people in the military, civil service, police, judiciary and universities have been sacked or suspended from their jobs, and 32,000 people have been arrested. Tuesday's move came hours after deputy prime minister and government spokesman Numan Kurtulmus announced that a state of emergency imposed shortly after the failed coup would be extended for a further 90 days when it expires on Oct. 19.
The emergency powers allow Erdogan effectively to rule by decree, with his decisions not subject to oversight by the Constitutional Court, Turkey's highest legal authority. Parliament is expected to wave the extension through. Speaking after a cabinet meeting, Kurtulmus said the extension would allow Turkey to wipe out "terrorist organisations", code for Gulenists.
Erdogan has suggested the state of emergency could last more than a year. In a further sign of the government's desire to move quickly to quell opposition, Prime Minister Binali Yildirim said on Tuesday the judicial process needed to be speeded up, especially when it came to suspected coup plotters.