How an undocumented expat worker survives in Oman 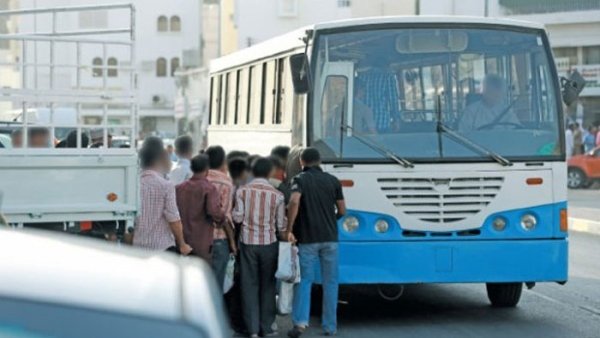 Muscat: In each and every room in Hamriyah, at least 25 undocumented expatriate workers try to squeeze themselves in to save a few rials.
Read also: Give us amnesty, say stranded expat workers in Oman
Monthly rent for sharing a room is OMR5 per person and even then they are forced to limit their monthly food budget to OMR25.
Thousands of undocumented workers are leading a sad life in Oman for the last few months due to lack of jobs.
“It’s quite hard to push the days ahead. No work at all. Economy crisis has hit us hard. Agents are not coming like in the past. For the last six months, most of the days we are going to bed with hunger pangs,” the undocumented expatriate workers in Hamriyah, told Times of Oman.
“Daily, from 5am, we wait on the street till 11am hoping that we may get a job. Nobody is coming nowadays. Without money, food and medicines life has become hard,” workers said.
Now, for survival, the workers are receiving money in Oman by arranging with their relatives back home to pay agents in Bangladesh by giving a large cut to agents.
For 20,000 Bangladesh Taka, the workers here get around OMR95.
“With OMR100, we would be able to push two months. But how long? We came here to work and remit money to home. But the other way is happening,” the workers said.
As majority of them are overstaying with expired labour cards for quite a long time, it is impossible for them to leave the country too.
“If I have to go back, I have to pay at least OMR1,000 as fine for overstaying. I struggle to find money for food. How can I arrange that huge amount,” a worker said while adding that only an amnesty can rescue them.
Amnesty is a programme announced by the Oman government which gives workers an opportunity to fly back home without paying fines for overstaying and being undocumented.
An overstaying expat will have to pay around OMR20 for visa charges at the immigration counter at the airport and OMR19 at the Ministry of Manpower counter for every month they remain in Oman.
“The fine at the Ministry of Manpower would be calculated for every month and the immigration counter fine will not be calculated after 25 months or once it reaches OMR500,” Deepa Sudhir, a legal advisor in Muscat, said, adding that if there is an absconding case slapped on the worker, then he has to pay OMR400 extra.
The last amnesty was announced on May 3, 2015. Initially it was announced for three months, but the scheme was extended to six months to provide more time to undocumented workers to make use of the amnesty and leave Oman.
According to the Ministry of Manpower, during the amnesty programme, 23,653 expatriate workers left Oman.
However, of the 23,186 Bangladeshis who registered during the six-month-long amnesty scheme, around 7,300 did not make use of it.
The official in charge of the community welfare section at the Bangladesh embassy told Times of Oman that 7,300 didn’t turn up after registration.