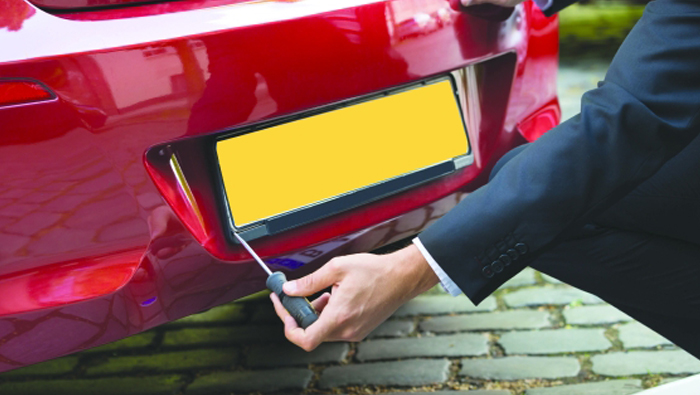 Muscat: Importing vehicles to Oman? make sure you have the vehicle's plate number in the right place on the vehicle, advised Royal Oman Police ROP.
An announcement made by ROP advising vehicles importers to follow the traffic law which stressed that the plate number should be properly placed in the front and rear sides of the vehicles.
“We came across many cases where some importers don’t place the plate numbers in the place allocated in the front and rear sides of the vehicles. They keep in strange places like under the front glass or on inside the vehicle making it difficult for police officers to identify such vehicles,” said a reliable source at ROP. He added that even in the border such motorists will be stopped and fined.
“This is not accepted anymore and anyone violating the rules will be slapped with fines,” said a reliable source at ROP. The source explained further that some importers use sticker plate numbers which might be accepted in other countries but in Oman it’s not. “A metal plate number should be used and placed in the right place. Rather than that, it’s a violation. Those who use stickers with the vehicle number and place them in the right places will also be fined,” stressed the ROP source.